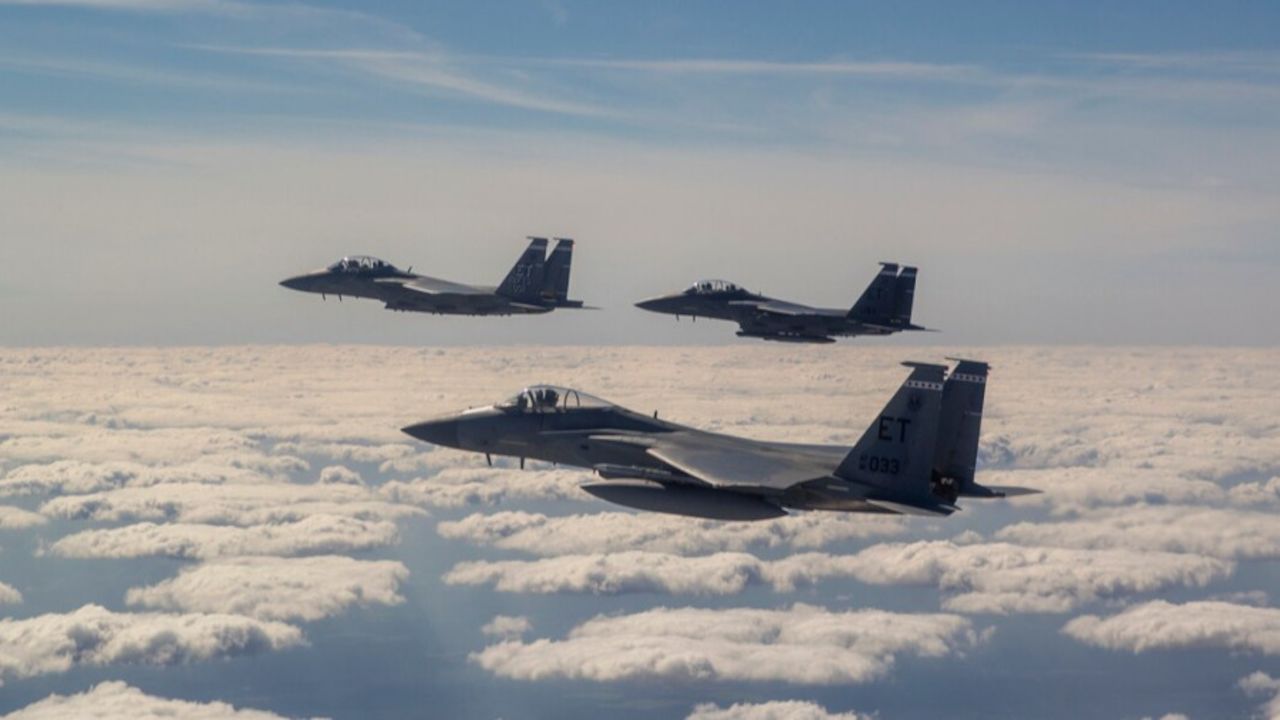 In total, the service plans to buy at least 144 F-15EXs to replace the F-15C/D fleet, which has an average age of 37 years and is starting to endure structural strain. The totality of the Air National Guard’s F-15C/D fleet will be replaced by either F-15EXs or F-35As, said Lt. Gen. Mike Loh, Air National Guard director.

The F-15EX includes a series of upgrades when compared to the older F-15C Eagle and F-15E Strike Eagle models, including the Eagle Passive/Active Warning and Survivability System electronic warfare system, a digital cockpit, the more advanced ADCP-II mission computer from Honeywell, and fly-by-wire flight controls.

Most important is the aircraft’s open architecture backbone, which will allow the service to quickly update the aircraft and add new capabilities, Richardson said.

Because many of the EX model’s new systems were already in production for F-15 customers like Qatar or Saudi Arabia, the Air Force was able to skip a long development period. Ultimately, the program moved from contract award to the delivery of the first aircraft in about nine months, according to Richardson.

“I would say this day was a long time coming, but it has actually come to fruition very fast from an acquisition perspective,” he said.

The F-15EX made its first flight on Feb. 2 at Lambert International Airport in St. Louis, Missouri. A month later, on March 10, Boeing delivered the first aircraft to the Air Force, which is currently putting the plane through operational tests at Eglin.

The Air Force placed its first order for the F-15EX in July 2020, awarding a contract for the first lot of eight jets with a value not to exceed about $1.2 billion. All of those aircraft are set to be delivered to Eglin AFB by fiscal 2023.

The second lot of F-15EX planes is on schedule for delivery in fiscal year 2024 to Kingsley Field Air National Guard Base in Oregon. That base will also serve as the site for F-15EX training. The third lot will deliver to Portland ANGB in Oregon in fiscal year 2025, with the base’s 142nd Wing becoming the first operational unit to fly the aircraft.

The contract has options that would allow the service to buy up to 200 jets, with a total maximum value for the program of $23 billion.