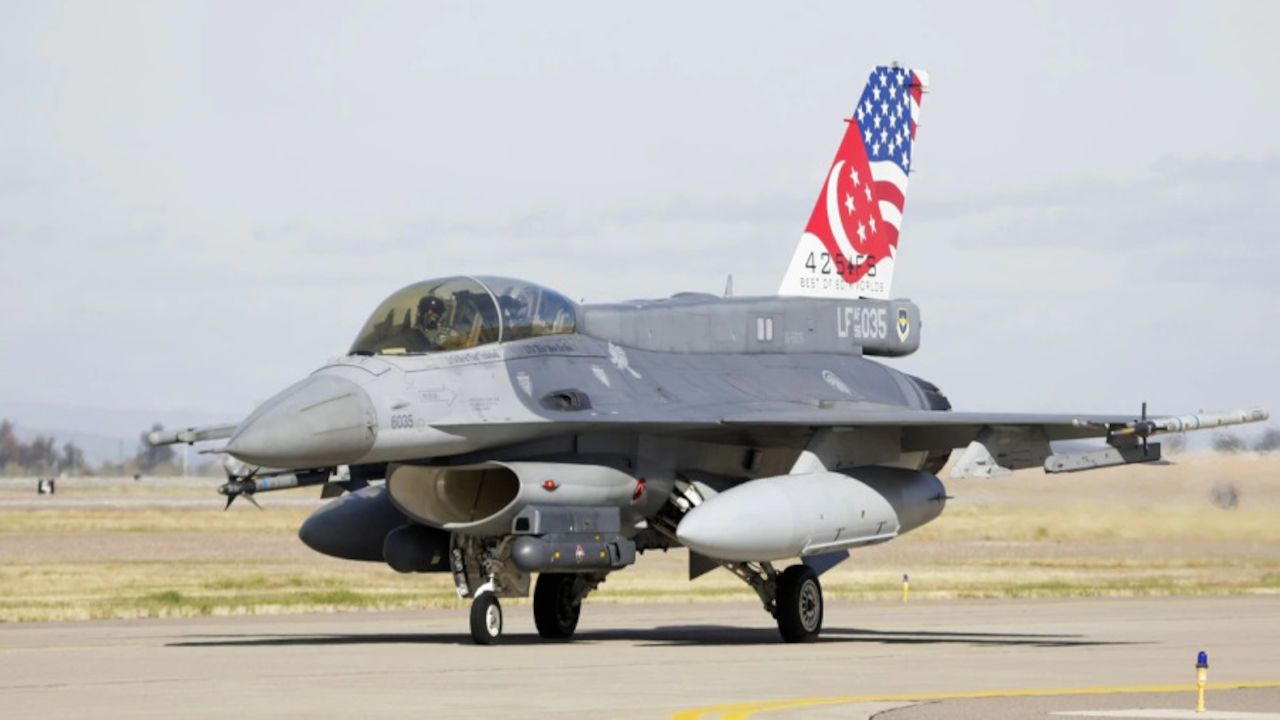 The Arkansas National Guard’s Public Affairs Office said Singapore’s fleet of 12 F-16s is expected to begin arriving in 2023, and its first of up to 12 F-35Bs are to follow in 2026.

The Republic of Singapore Air Force is currently flying the F-16s out of Luke Air Force Base, located near Phoenix, Arizona. Its personnel have trained there on various F-16 models almost continuously since the late 1980s with the 425th Fighter Squadron, a joint force made up of personnel from both countries.

Known as the Peace Carvin II detachment, the squadron is relocating to make room for Luke AFB’s expanding F-35 training program. A Taiwanese F-16 training squadron currently on base will also move for the same reason, with the nearby Arizona Air National Guard base selected to host that detachment.

Singapore was approved to acquire four short-takeoff-and-vertical-landing F-35 variants with an option for eight more of the “B” models. Deliveries are due to begin in 2026. Singapore has decided to consolidate its U.S.-based F-35 training together with its F-16 detachment at one location.

Officials from the Singaporean and U.S. air forces visited three locations in March before making the final decision. The other locations visited were Joint Base San Antonio-Lackland in Texas and Selfridge Air National Guard Base in Michigan, with the latter selected as an alternate location to Ebbing ANGB.

In addition to its Arizona-based F-16 training detachment, the land-scarce island nation also has an F-15 training squadron in Mountain Home, Idaho, and a Boeing AH-64D Apache attack helicopter detachment in Marana, Arizona. Singapore also signed a memorandum of understanding in 2019 with the United States to set up a permanent fighter training detachment in the U.S. Pacific territory of Guam that will begin in 2029.