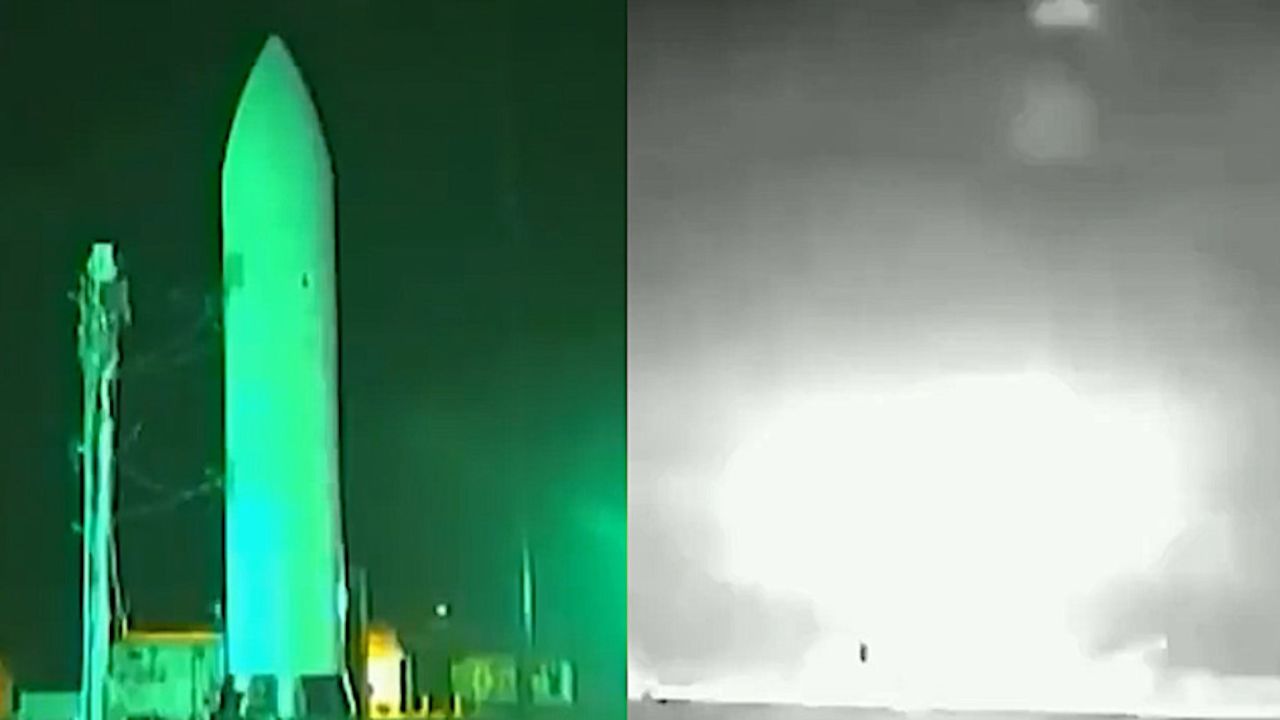 The U.S. Army has released new video footage of a hypersonic missile test it carried out in cooperation with the U.S. Navy earlier this year, including clips of it in flight and impacting the designated target area. That launch, dubbed Flight Experiment 2, was in support of the development of a common hypersonic boost-glide vehicle that is set to eventually go on top of ground and submarine-launched missiles.

Army Lieutenant General L. Neil Thurgood, the Director for Hypersonics, Directed Energy, Space and Rapid Acquisition within the Office of the Assistant Secretary of the Army for Acquisition, Logistics, and Technology, showed the video as part of a virtual briefing on Aug. 4, 2020. The presentation was part of the annual Space and Missile Defense (SMD) Symposium, which is being held online this year due to the ongoing COVID-19 pandemic.

The brief video starts with footage of the test missile sitting on the pad at the Pacific Missile Range Facility in Kauai, Hawaii, on the day of the launch, Mar. 19, 2020. It then cuts to the missile blasting off. The clip of the launch itself was previously released. At the time, the Army and Navy said that this "test builds on the success we had with Flight Experiment 1 in October 2017," which involved firing a prototype from an unspecified Ohio class submarine.

"It gets off the pad pretty quick," Lieutenant General Thurgood said, narrating the footage, but without giving any specifics about its exact speed. "It gets pretty high pretty fast."

Hypersonic boost-glide vehicles, including the Army and Navy's Common Hypersonic Glide Body (C-HGB), are unpowered and typically use rocket boosters to propel them to optimal speed and altitude. After that, they glide down toward their target at hypersonic speeds within the atmosphere along a varying trajectory. They are capable of maneuvering laterally, as well.

This gives hypersonic boost-glide vehicles an unpredictable flight profile compared to reentry vehicles on traditional ballistic missiles, even maneuverable designs. This, combined with their extreme speed, in turn, makes it very hard for an opponent to defend against these weapons or reposition or otherwise take cover before they hit. You can read more about the development of the C-HGB and the general principles behind hypersonic weapons in these past War Zone pieces.

The video then moves on to showing a portion of the actual flight of the C-HGB. It was "not a very long flight," Lieutenant General Thurgood noted.

The Army has still not said how fast the C-HGB flew during Flight Experiment 2 or how far it traveled. The Pentagon has previously said that this weapon would allow the Army and Navy to "strike targets hundreds and even thousands of miles away" and that it will get up to a speed of Mach 17.

Thurgood's video montage ends with a clip of the boost-glide vehicle actually hitting its mark. "That is the explosion at the other end," the Lieutenant General said. It's not clear whether this shows the detonation of an actual explosive warhead or simply the kinetic effects of the vehicle slamming into the target area at hypersonic speed.

The Army officer said he could not go into the "classified pieces of this," but added that the weapon was "very accurate...over the distance that we were asked to go." Aviation Week's Defense Editor and good friend of The War Zone Steve Trimble noted that President Trump, in talking about the Army-Navy weapon in June during his commencement speech at West Point, said it could hit "within 14 inches from center point" of the intended target. Trump has also referred to this weapon as a "super-duper missile."

LtGen Neil Thurgood today narrates a video of Flight Experiment-2 from March, including blast impact down range. He declines to provide accuracy, but President Trump said last month that the impact was 14 inches from the “center point.” pic.twitter.com/wnQqNiAYHS

It's not clear when the next flight test of the C-HGB might take place. The Army is hoping to conduct a test of its full ground-based system in 2022 and have the first unit equipped with it reach initial operational capability the following year. The Navy plans to field its version first on its Block V Virginia class submarines, the first of which is not due to enter service until later in the 2020s.

The Air Force had previously also been part of the C-HGB program, which would have been fitted to a large air-launched missile, but the service announced plans to shelve that effort indefinitely in its latest budget request for the 2021 Fiscal Year. Instead, it will focus on the AGM-183A Air-launched Rapid Response Weapon (ARRW), another hypersonic boost-glide vehicle design, which you can read about in more detail in this past War Zone piece and could enter service on the B-52 bomber as early as 2021.

No matter what, the Army and Navy are certainly continuing to make progress in the development of what are slated to be their first operational hypersonic weapons.