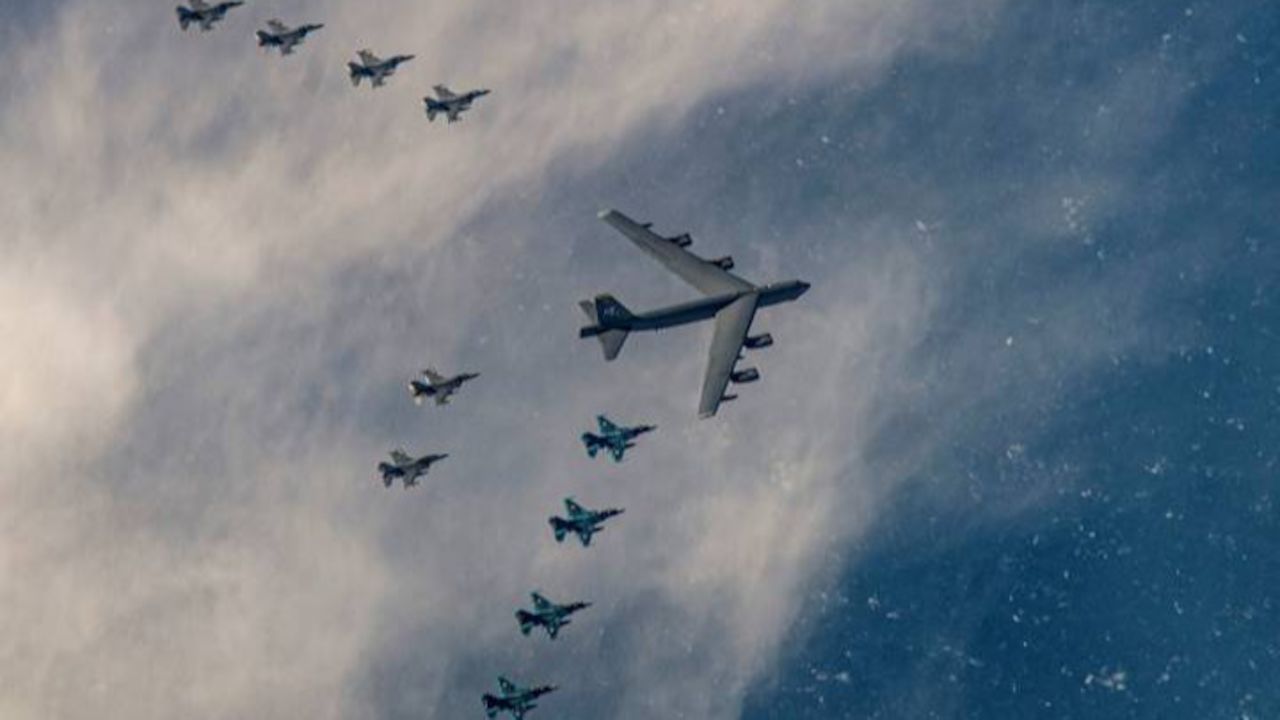 The U.S. military flew two B-52H bombers over the Persian Gulf on Wednesday in an effort to deter Iran amid ongoing tensions, according to U.S. Central Command.

The two Air Force “Stratofortresses” flew from Minot Air Force Base, N.D., to deliver “a clear deterrent message to anyone who intends to do harm to Americans or American interests,” the command said in a statement.

The deployment marks the third such mission into the region in the last 45 days.

“The United States continues to deploy combat-ready capabilities into the U.S. Central Command area of responsibility to deter any potential adversary, and make clear that we are ready and able to respond to any aggression directed at Americans or our interests,” Centcom head Gen. Frank McKenzie, said in the statement. “We do not seek conflict, but no one should underestimate our ability to defend our forces or to act decisively in response to any attack.”

The show of force comes as national security officials fear Iran may be planning a response on the one-year anniversary of the U.S.-ordered airstrike that killed top Iranian Gen. Qassem Soleimani near Baghdad’s airport on Jan. 3.

A senior U.S. military official told reporters ahead of the flight that a recent U.S. intelligence report indicates that Iran wants to "avenge that killing,” and has “potential for other more complex attacks” against Americans in Iraq, Fox News reported.

“We're seeing planning for, particularly in Iraq for complex attacks that require Iranian assistance in order to be pulled off," the official told the news outlet.

In anticipation, the Pentagon earlier this month flew a similar mission over the region with B-52 bombers.

The United States also temporarily withdrew some staff from its embassy in Baghdad earlier this month.

Iran is suspected to be behind last week’s rocket attack on the U.S. Embassy in Baghdad, which included 21 missiles that killed at least one Iraqi civilian and damaged the embassy compound. The strike was the largest such attack on the Iraqi capital’s Green Zone in a decade.

The action prompted President Trump to threaten Iran via tweet.

“Some friendly health advice to Iran: If one American is killed, I will hold Iran responsible. Think it over,” Trump wrote on Twitter.