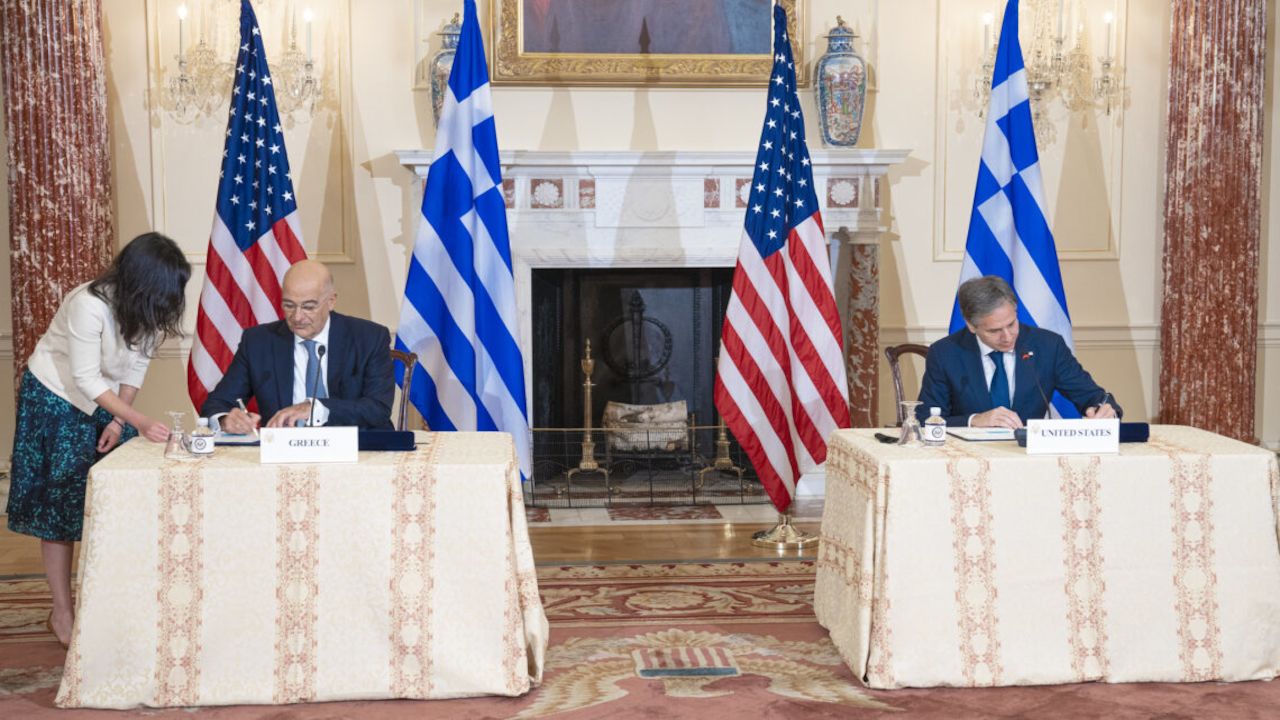 Top diplomats of the United States and Greece held the third “Strategic Dialogue” in the U.S. capital on Thursday to deepen their bilateral and transatlantic relations.

Along with high-level interagency representation from both countries, Greek Minister of Foreign Affairs Nikos Dendias and U.S. Secretary of State Antony J. Blinken had meetings about regional cooperation, defense and security, law enforcement and counterterrorism, trade and investment, energy and environment, humanitarian challenges and disaster preparedness, and people-to-people ties.

On the defense and security side, Greek and U.S. officials made the following joint statement:

“The United States and Greece welcomed the recent update to the Mutual Defense Cooperation Agreement (MDCA), which greatly contributes to the security of both nations and reflects our long-term, deepening and expanding, strategic defense partnership and cooperation and Greece’s geostrategic importance in contributing to the stability of the region.

Both sides reiterated their firm determination mutually to safeguard and protect the security, sovereignty, independence and territorial integrity of their respective countries.

They both emphasized the continued importance of bilateral exercises and training activities throughout Greece that enhanced their ability to address regional security issues.

Both countries expressed interest in enhancing cooperation on security issues in the Western Balkans, Middle East, and North Africa, and the Eastern Mediterranean regions, and in that respect the United States acknowledged the importance of Greece in promoting stability and cooperation in the wider periphery.

The two governments expressed the joint desire to assist each other in maintaining strong and capable militaries and increase their modernization and interoperability.

The United States expressed appreciation that Greece continued to exceed the 2014 Wales Summit pledge to spend at least 2% of GDP on defense and 20% of its defense budget on modernizing major equipment.

The United States also thanked Greece for its many contributions to NATO’s 20-year mission in Afghanistan.”