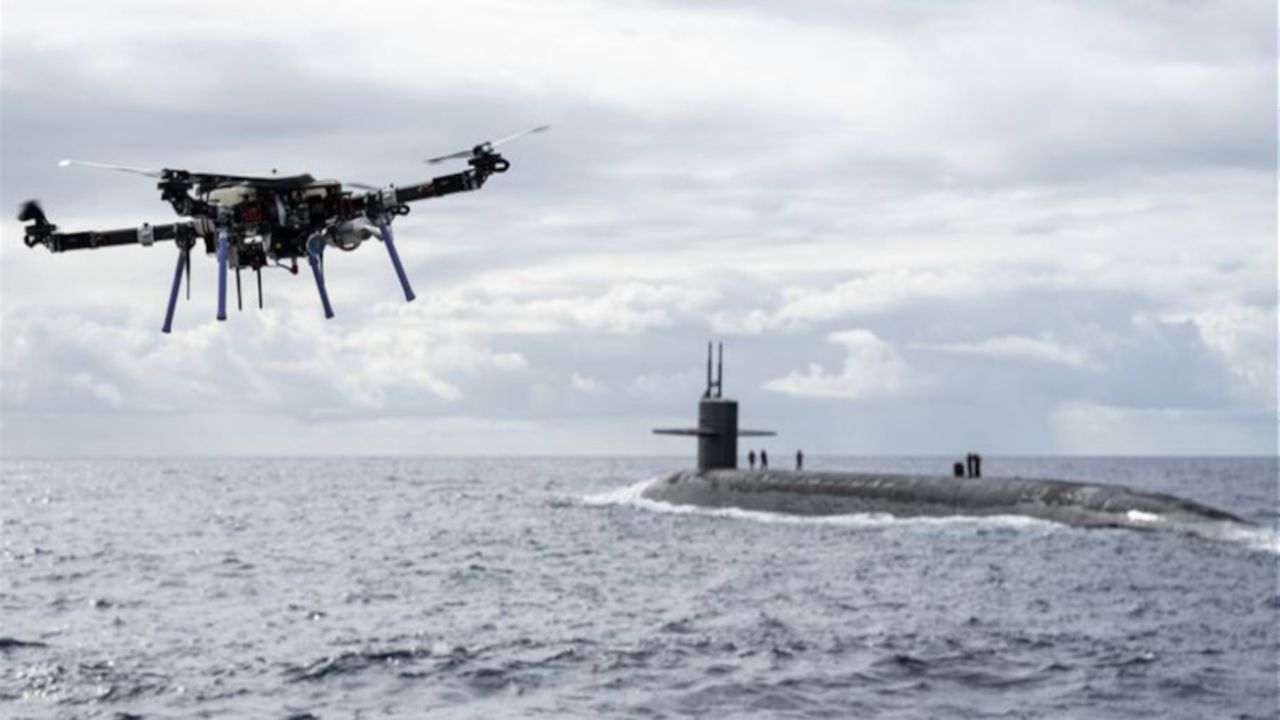 According to pictures released by the U.S. Navy on October 19, 2020, the U.S. Navy has used a quadcopter UAV (Unmanned Aerial Vehicle) to deliver a payload to the Ohio-class ballistic-missile submarine USS Henry M. Jackson (SSBN 730) around the Hawaiian Islands. U.S. Navy has conducted a naval exercise to evaluate the delivery of payload using a naval helicopter, drone, and MV-22B Osprey tiltrotor aircraft.

This naval exercise was conducted to test and evaluate the tactics, techniques, and procedures of U.S. Strategic Command's expeditionary logistics and enhance the overall readiness of U.S. Navy strategic forces.

In October 2019, Commander, Submarine Force, U.S. Pacific Fleet (COMSUBPAC) in partnership with the University of Hawaii, has already tested unmanned aerial vehicle (UAV) capabilities by delivering supplies onto a submarine off the coast of Oahu, Hawaii, using a quadcopter drone.

The quadcopter drone took a five-pound payload consisting of circuit cards, medical supplies, and food to the Virginia-class fast-attack submarine USS Hawaii (SSN 776) while it was underway.

The concept itself came from the Commander, Submarine Force Innovation Lab (iLab) one year ago. Since then the iLab, in partnership with the University of Hawaii Applied Research Lab, has worked on developing the means to make it possible.

This idea led to the creation of the Submarine Force’s first UAV squadron at CSP. Submarine Sailors stationed at Pearl Harbor volunteered to attend weekly training at Bellows Air Force Station, in Waimanalo, Hawaii, to become proficient drone pilots and to develop the concept of converting a UAV and a submarine sail into a package delivery and receiving platform.