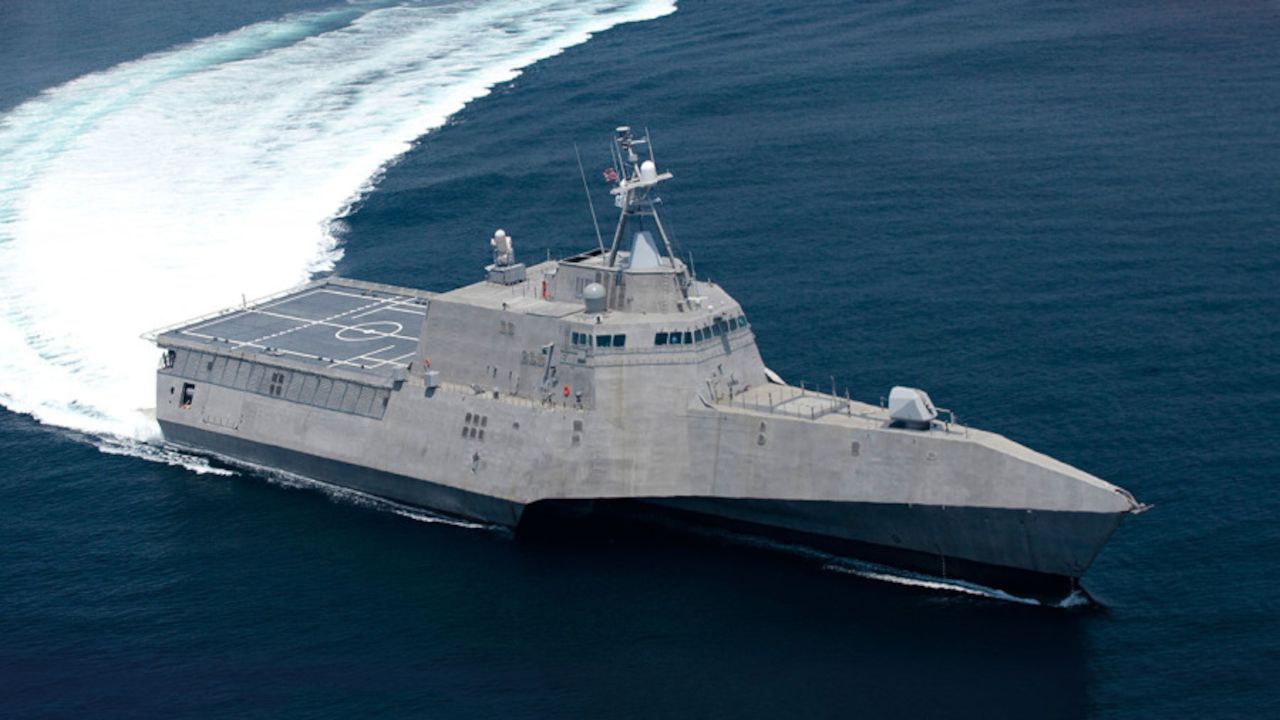 According to information released on October 8, 2020, the future USS Mobile (LCS 26) Independence-class littoral combat ship of the U.S. Navy successfully concluded its acceptance trial in the Gulf of Mexico on September 25, 2020, after a series of in-port and underway demonstrations.

“I am impressed with the outstanding results achieved by the Navy and industry team during this acceptance trial of the future USS Mobile. We continue to see impressive results during trials as we work to provide warfighting capability to the fleet and the nation,” said Capt. Mike Taylor, Littoral Combat Ship program manager.

Four additional Independence-variant ships are under construction at Austal USA in Mobile. The final assembly is well underway on Savannah (LCS 28). The modules for Canberra (LCS 30) are erected. Additionally, Austal is fabricating modules for Santa Barbara (LCS 32) and fabrication has started on Augusta (LCS 34). Kingsville (LCS 36) and Pierre (LCS 38) will begin fabrication in 2021.

LCS is a highly maneuverable, lethal and adaptable ship designed to support focused mine countermeasures, anti-submarine and surface warfare missions. The Independence-variant LCS integrates new technology and capability to affordably support current and future missions, from deep water to the littorals.

LCS is now the second-largest surface ship class in production, behind the Navy’s DDG-51 Arleigh Burke-class destroyer program. In 2019, three LCSs were delivered to the fleet and four will be delivered in 2020 — a shipbuilding pace not seen since the 1990s.