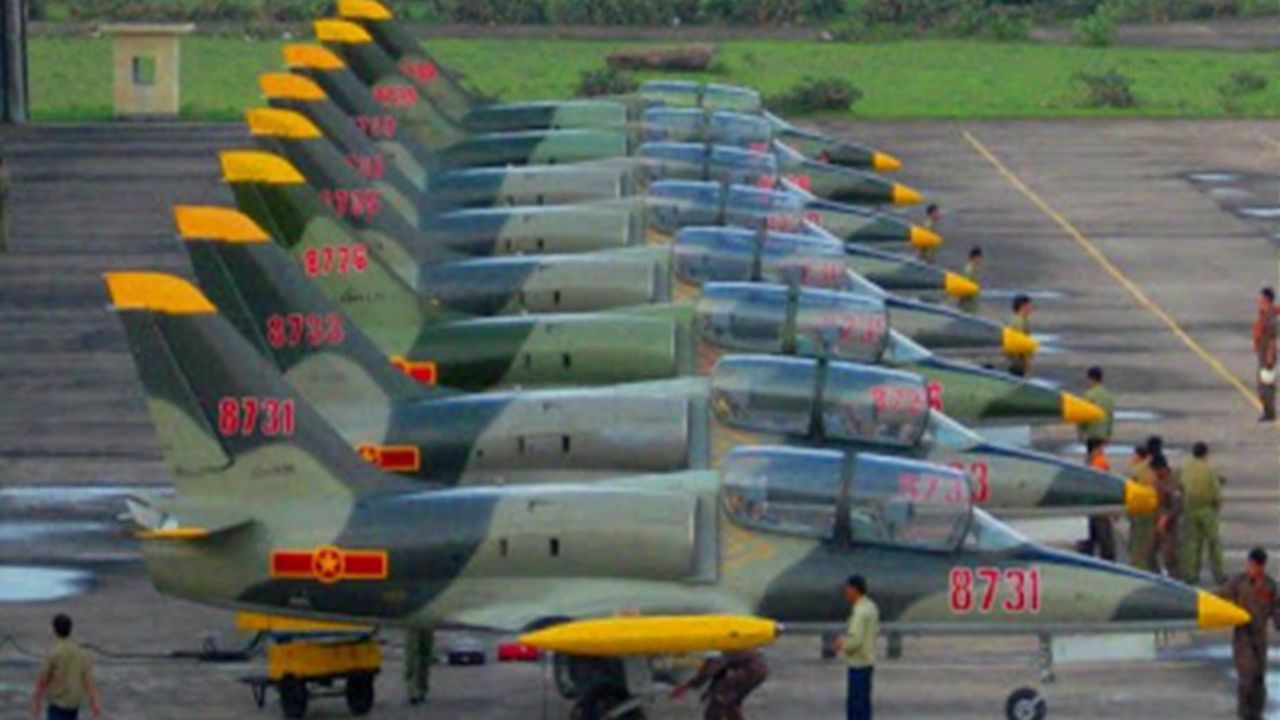 According to the PK-KQ newspaper, the A41 Factory actively coordinated with the 910 Regiment, the School of Air Force Officers to ensure that the commanders, pilots and technical forces together with the unit's technical staff did well in flight preparation. The flight test board took place as planned with 3/3 times the flight ensures absolute safety.

This is a test board for overall inspection, assessing the quality of the L-39 aircraft after major repair at the factory to prepare for the commissioning and handover to the 910 Regiment to put it into service.

Vietnam was recorded to initially operate 92 L-39s but at least one crashed.

The Aero L-39 Albatros is a jet trainer developed in Czechoslovakia by Aero Vodochody. It was designed during the 1960s as a replacement for the Aero L-29 Delfín as a principal training aircraft. It was the first trainer aircraft to be equipped with a turbofan powerplant. The type was exported to a wide range of countries as a military trainer.

The L-39 Albatros later served as the basis for the updated L-59 Super Albatros, as well as the L-139 (prototype L-39 with Garrett TFE731 engine). A further development of the design, designated as the L-159 ALCA, entered production in 1997. To date, more than 2,800 L-39s have served with over 30 air forces around the world. The Albatros is the most widely used jet trainer in the world; in addition to performing basic and advanced pilot training, it has also flown combat missions in a light-attack role. At the Farnborough Airshow in July 2014, Aero Vodochody announced the launch of the L-39NG, an upgraded and modernised version of the L-39. The design never received a NATO reporting name.