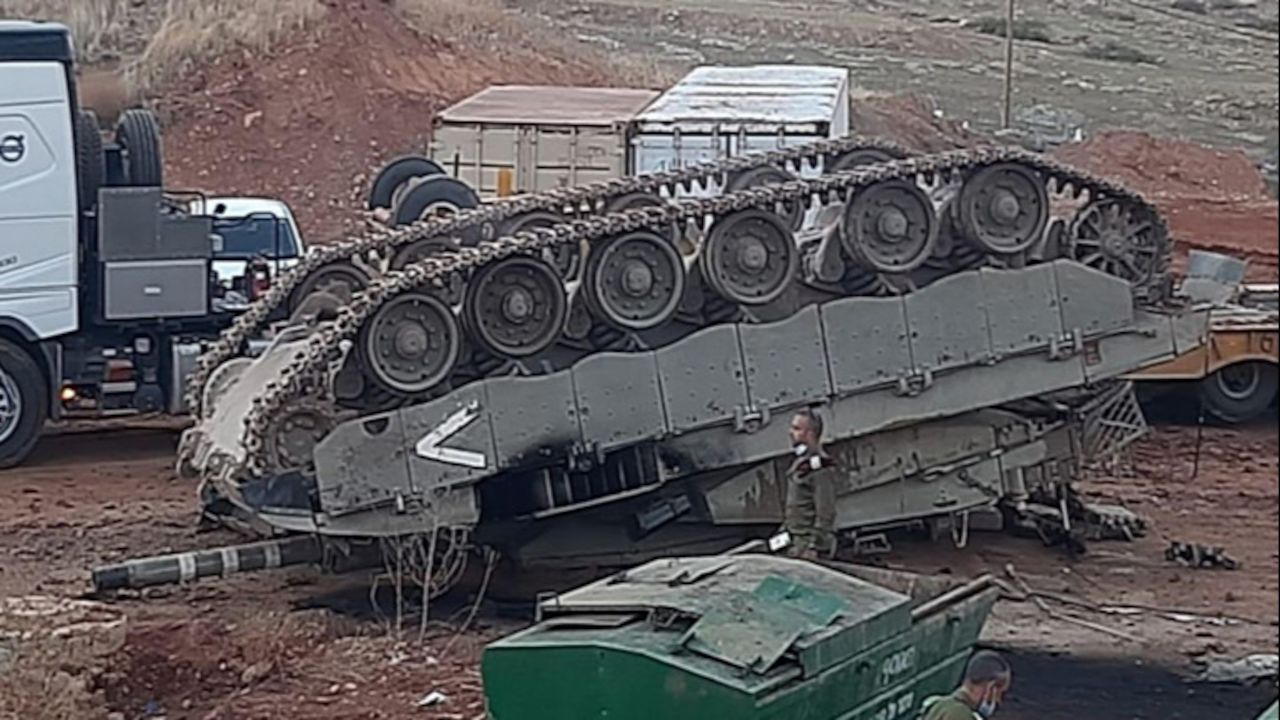 On Sunday afternoon, an Israel Defense Forces (IDF) Merkava tank overturned while loading on to a carrier at an IDF base in the Jordan Valley.

The incident occurred when the tank driver was trying to bring the vehicle up on to the transport carrier; he continued driving it once it had managed to gain traction and was moving on to the carrier. Once moving, the tank headed forward and then veered off the carrier base, and flipped over on to the roof of its driver compartment.

“The circumstances of the incident are being investigated at this time,” the IDF said in a statement. “The division commander instructed to stop the movement of the combat vehicles that were protected in the division until the results of the initial investigation.”

Military police sealed off the area, shut down the tank and armored personnel carrier traffic as well. The 24-year-old driver of the tank was bruised and suffered minor injuries but was not badly wounded. He was taken to a local hospital and then transferred to Jerusalem’s Hadassah Medical Center.

The incident is under investigation.

• On Sunday afternoon, an Israeli Merkava tank overturned while loading on to a carrier at an IDF base in the Jordan Valley.
• Full topic: https://t.co/SGrBV5WstH pic.twitter.com/kLGftGwLeG