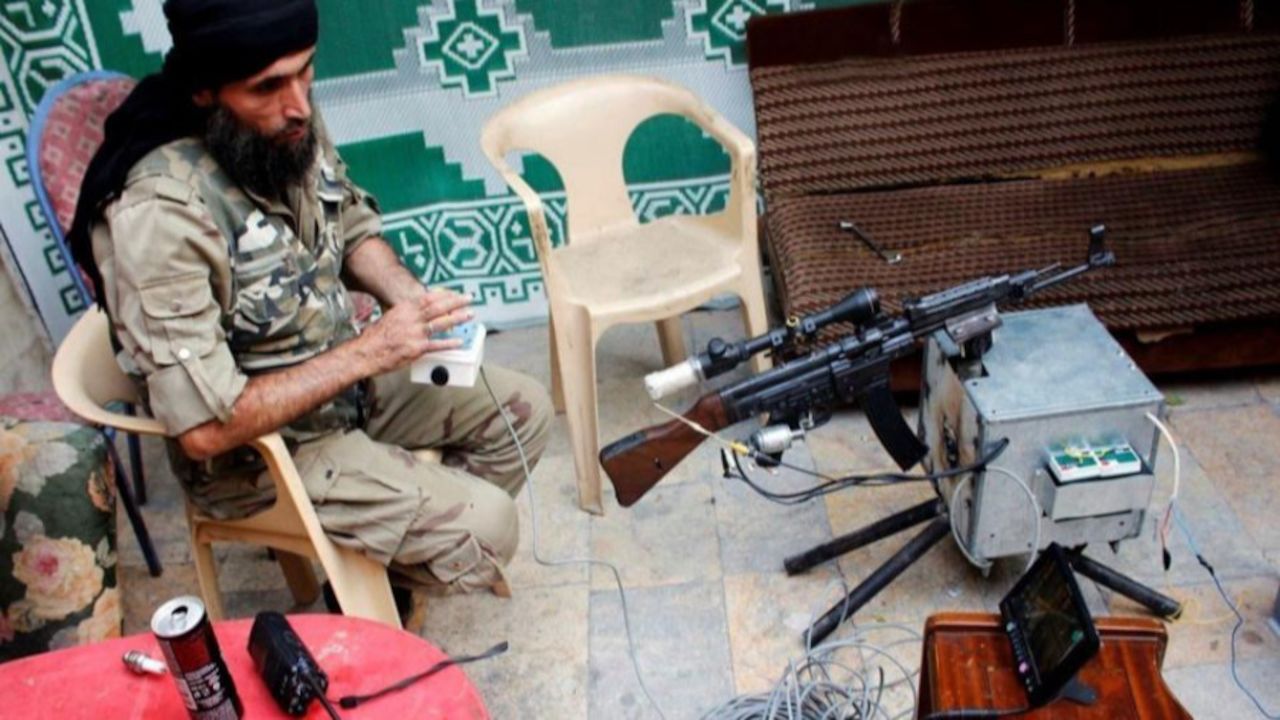 A remote-controlled machine gun was used to assassinate nuclear scientist Mohsen Fakhrizadeh, according to Iranian officials. If true, this would be the highest-profile use of such a weapon, but it’s only a minor step technically, as improvised robot weapons are becoming increasingly common for terrorists and insurgents.

According to Iranian news agency FARS, the entire operation was carried out last Friday from a distance, allegedly by Israel, with no personnel at the scene of the attack. This is a big shift from earlier Iranian reports claiming that a number of gunmen opened fire – up to 12 of them including two snipers, according to one account.

“No individual was present at the site," according to the latest version of events presented by Ali Shamkhani, secretary of Iran’s Supreme National Security Council.

Remote weapons have a long history. Back in WWII, the B-29 Superfortress was radical for removing the gunners from the five turrets located at different points on the aircraft and instead aiming the guns from a plexiglass dome ‘sighting station.’ As the gunner pointed an aiming device, an early computer — General Electric’s Central Fire Control System  — calculated the required offset to direct the guns to where they should be pointing. The remote turrets, each with two .50-caliber machine guns, were deadly: one B-29 shot down seven Japanese fighters in a single sortie. Such remote turrets continued in use right up to early versions of the U.S Air Force’s B-52 bomber.

The technology for remote weapons took a step forward when television cameras gave the operator a gun’s-eye view. In recent conflicts in Iraq and Afghanistan, insurgents often attacked the machine-gunner on top of an armored vehicle with IEDs or sniper fire. This led to the human ‘top gunner’ being been largely replaced by a system called the Common Remotely Operated Weapon Station, or CROWS, so the same job could be carried out from under armor. Norwegian-based Kongsberg has supplied some 20,000 remote systems, which can support .50-caliber or 7.62mm machine guns or grenade launchers, with options on day, night or thermal imaging cameras. The systems are fully stabilized, so the gunner can keep a machine gun on target even from a vehicle moving over rough terrain.

At the same time a quite different type of remote-controlled weapon has emerged at the bottom of the market. These are detailed in a 2016 report for the U.S. Army by Robert Bunker and Alma Keshavarz, “Terrorist and Insurgent Teleoperated Sniper Rifles and Machine Guns.”

The report reveals a whole subculture of engineers and makers working on their inventions in garage workshops across a wide area.

“The early and most prolific adopters have been the Free Syrian Army operating in and around the city of Aleppo, but the weapons have also spread to Shia militias and Kurdish fighters in Iraq, and jihadist rebel groups including the Islamic State,” according to the report.

While the technology is nowhere near as sophisticated as the CROWS on U.S. Army vehicles, it is certainly effective, and these remote weapons achieve the goal of firing a weapon accurately. The weapons vary wildly, from assault rifles to light machine guns to .50-caliber sniper rifles. Some discussed in the report were on fixed mounts, others on basic wheeled or tracked robots. Control was generally via a cable, with the gunner only a few meters away, but some were operated by radio from longer range. Servomotors, commercially available for electronics projects and robotics, provide the muscle-power to aim the weapon.

Such remote weapons, now widely used across the Middle East, are likely to have inspired the assassins. Tactically they provide a stable, accurate firing platform, and without the stress of being shot at, remote gunners tend be more calculating in their shots. It also has two key advantages compared to using gunmen on the ground. One is that there was no risk of having an operative killed or captured in a gunfight with the target’s bodyguards – there were reportedly at least two carloads of them.

The second advantage is that the attack is impossible to trace. According to FARS, the remote-controlled weapon was positioned in a Nissan truck by the side of the road. After the weapon had fired several bursts from a range of 150 meters, hitting Fakhrizadeh several times (a bodyguard was also hit) , a large bomb destroyed the Nissan – and presumably all the evidence of who had carried out the attack. This anonymity is exactly the logic that has led many nations, including Iran, to use unmanned aircraft rather than manned ones for particular missions.

While the Iranians claim to have found evidence at the site linking the attack to the Israeli military, this seems unlikely given the way it was apparently carried out. This will make it much harder to win international support, or to gain domestic backing for retaliatory action of escalation. And, given the lack of evidence, it is entirely possible that the action was not carried out by Israel at all, but by some other actor who covered their tracks thoroughly, and who may have wished Israel to take the blame.

Remote-controlled warfare is the way of the 21st century. And now, it seems, it is not just drones in the sky you need to watch out for.