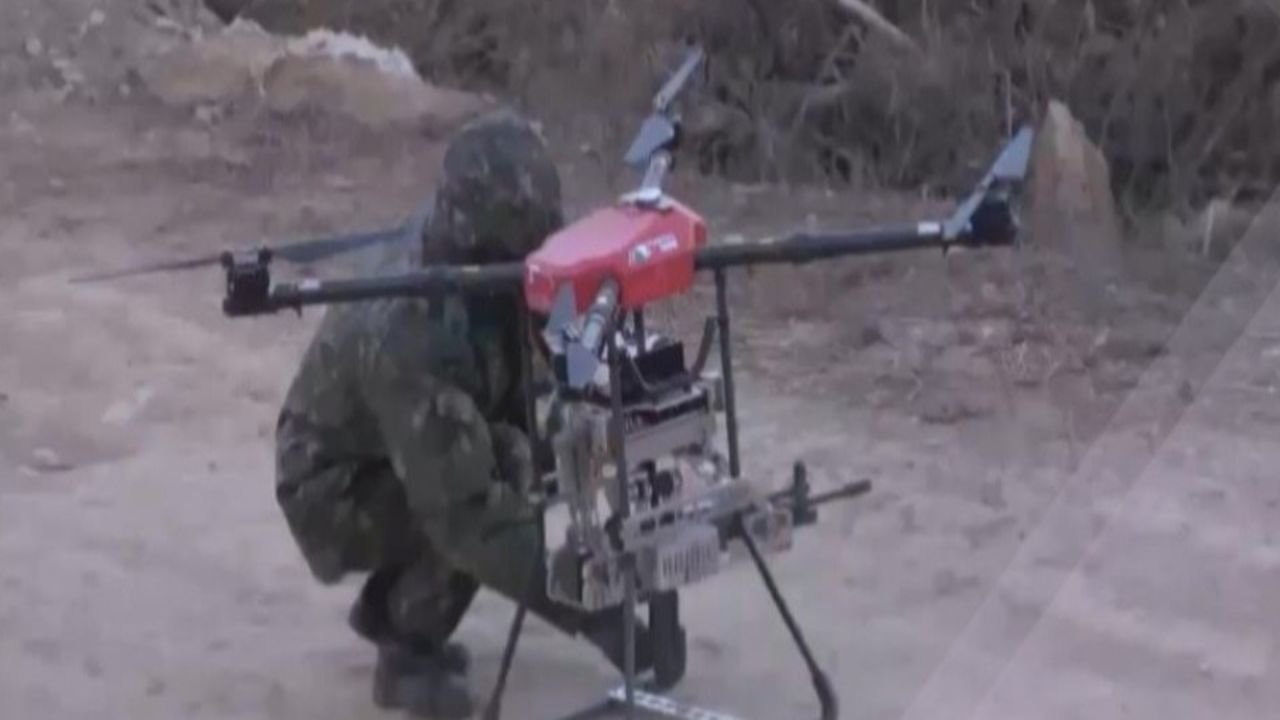 According to an article published by the "Aju Business Daily" on August 3, 2021, written by Lim Chang-won, South Korean armed forces will test a new attack UAV (Unmanned Aerial Vehicle) able to fire 40 mm grenades.
According to a statement published by the South Korean Defense Acquisition Program Administration (DAPA), South Korea has signed a contract with the South Korean company CNO Tech for the purchase of a new attack drone in the first half of 2023 through an experimental rapid acquisition program.

The new attack drone is based on civilian technology and will be modified according to military requirements. the drone is equipped with an optical thermal imaging camera and a laser range finder. With this new drone, the soldiers will be able to reach a target at a maximum distance of 2 km and fire six grenades in less than 12 seconds, one per two seconds.

Citing the FINABEL website, military drones have come to revolutionize warfare. They are roving on land, streaking through the skies, and diving under the seas. Since their creation, more than fifty years ago, drones have constantly evolved to the present, becoming one of the main artificial intelligence (AI) weapons, integrated into military forces throughout the world.

UAVs/UGVs are currently deployed mainly for intelligence, reconnaissance, and surveillance (ISR) missions. Systems such as the “Ironclad (UGV)” or the “Black Hornet” (UAV), are notable examples of this use. However, some are used for combat missions such as the “MQ-9 Reaper/Predator B” (UAV) used mainly by the United States of America and Israel. They are now followed by other countries

The use of drones is an important program for many armed forces all over the world which generates a growing development of Land, Aerial, and Naval drone by the international defense industry.