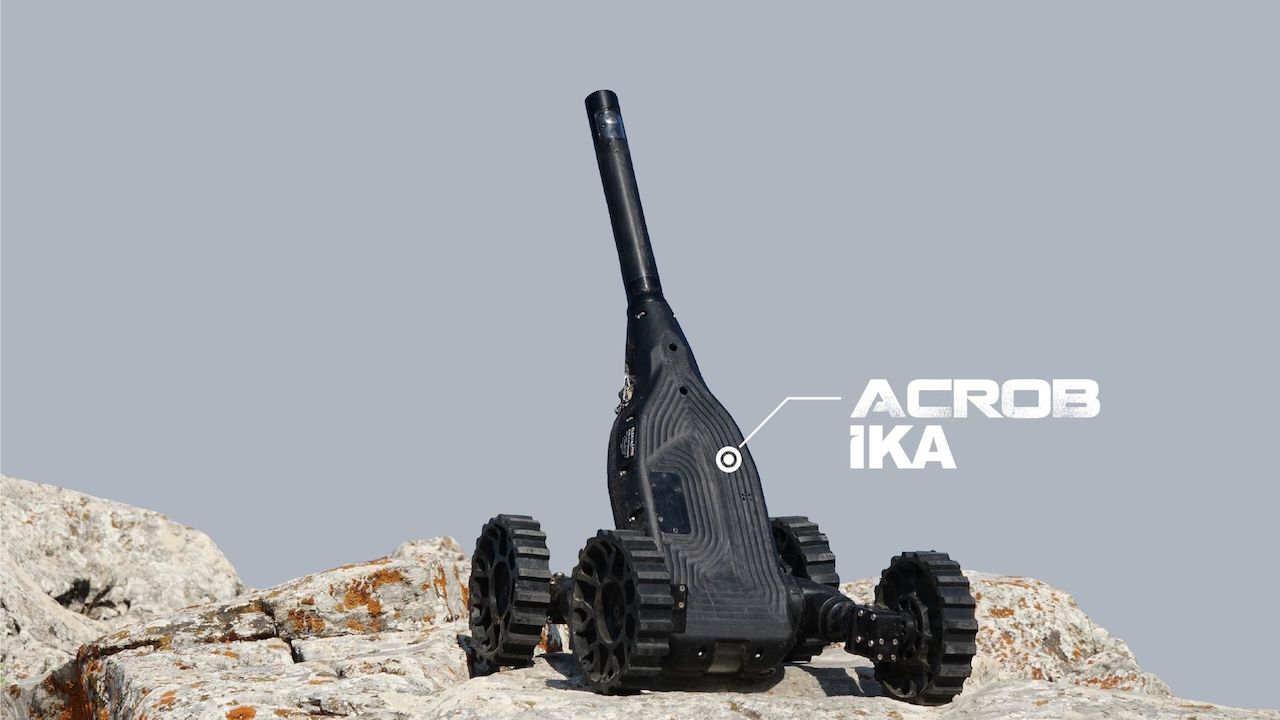 “ACROB light class UGVs, developed domestically, are on duty as the little assistants of our security forces in reconnaissance/surveillance with three cameras, speed and agility in all weather and terrain conditions, in different vision circumstances,” he said.

Designed like a scorpion, the product is named ACROB to show how acrobatic features it has.

Carrying day and night color cameras, the vehicle is powered by electric batteries and has a 500-meter remote control range.

Last month Turkey’s Ministry of Defense announced that the Turkish Army is starting to use UGVs to perform risky tasks safely.

According to Turkish officials, ACROB is highly mobile and capable of reconnaissance and surveillance, overcoming high obstacles, climbing stairs, and passing through water.