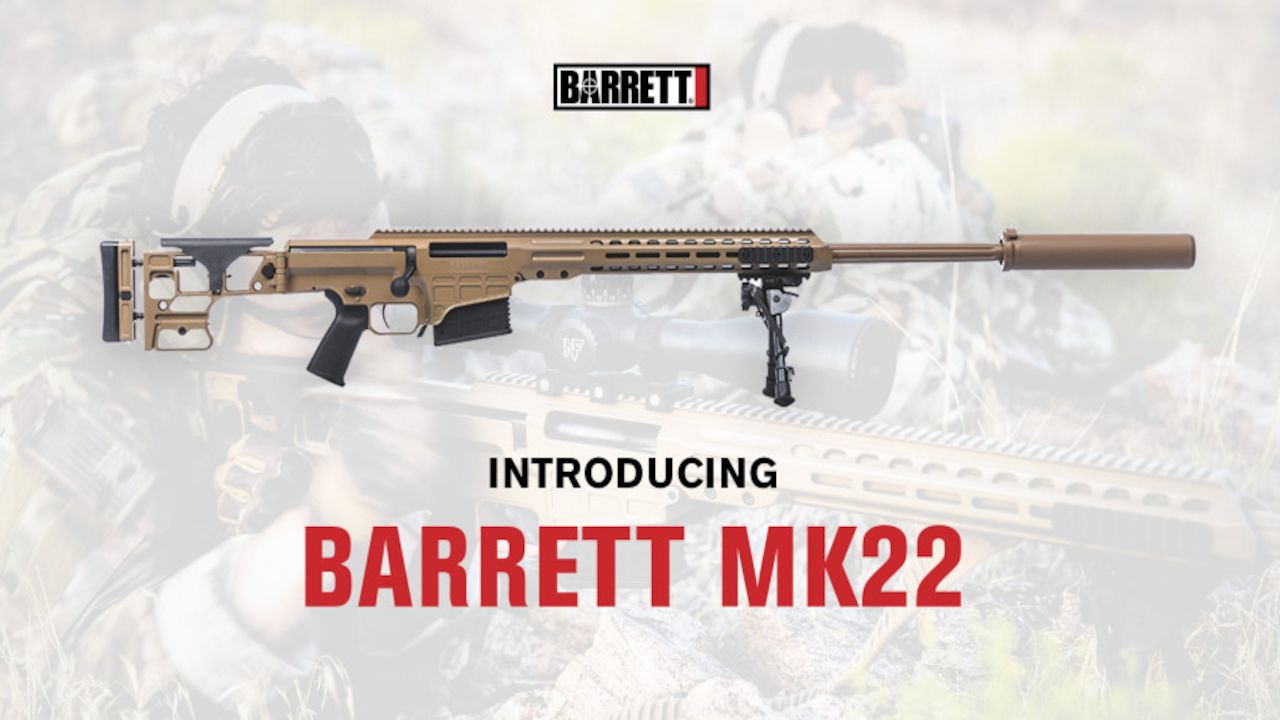 Barrett Firearms Manufacturing, Inc. announced that the submission of its initial production MRAD MK22 (Multi-Role Adaptive Design Mark 22) rifles have met all requirements for the U.S. Department of Defense contract for ASR (Advanced Sniper Rifle) in support of USSOCOM (U.S. Special Operations Command). Since being awarded the contract in March 2019, the MK22 has completed all aspects of the Production Qualification Testing and Operational Testing phases.

As a result, Barrett has received the initial production order and deliveries will commence in January 2021.

“We are pleased to have reached this milestone with the project and look forward to providing our warfighters with this highly capable platform,” stated Joel Miller, Director of Global Military Sales.

USSOCOM initially announced in 2016 they were in search of a modular, multi-caliber bolt action sniper rifle capable of converting between .300 Norma Magnum, .338 Norma Magnum and 7.62x51mm through a “full and open competition.”