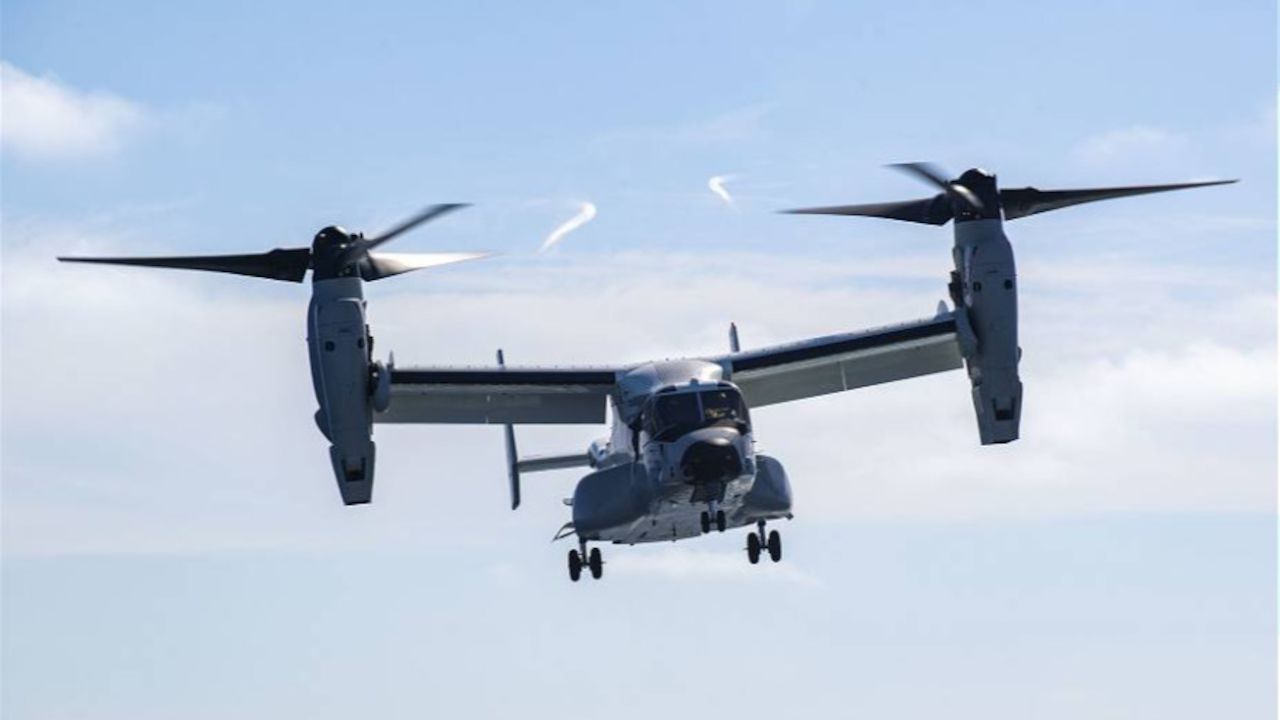 According to a contract released by the U.S. Department of Defense (DoD) on December 9, 2020, Bell Boeing Joint Project Office, Amarillo, Texas, is awarded a $170,438,450 modification against a previously awarded, fixed-price-incentive-firm-target, cost-plus-fixed-fee contract for the production and delivery of one CMV-22B variation in quantity aircraft for the Navy and exercises options for V-22 Common Configuration Readiness and Modernization (CC-RAM) Lot 4 requirements.

The CMV-22B is the U.S. Navy’s long-range/medium-lift element of the intra-theater aerial logistics capability. It fulfills the Joint Force Maritime Component Commander (JFMCC) time-critical logistics air connector requirements by transporting personnel, mail, and priority cargo from advance bases to the Seabase.  It is a U.S. Navy variant for the carrier onboard delivery (COD) role. Similar to the MV-22B but includes an extended-range fuel system, a high-frequency radio, a public address system, and an improved lighting system for cargo loading.

The CMV-22 is the replacement for the C-2A Greyhound for the Carrier Onboard Delivery (COD) mission. The aircraft is based on the Bell Boeing V-22 Osprey tiltrotor V/STOL (vertical takeoff and landing) aircraft that can take off and land as a helicopter but transit as a turboprop aircraft.

The CMV-22B is expected to field with Initial Operational Capability (IOC) in 2021 (projected). While the Program of Record has 48 CMV-22 projected, the Navy currently plans to procure only 44 aircraft.