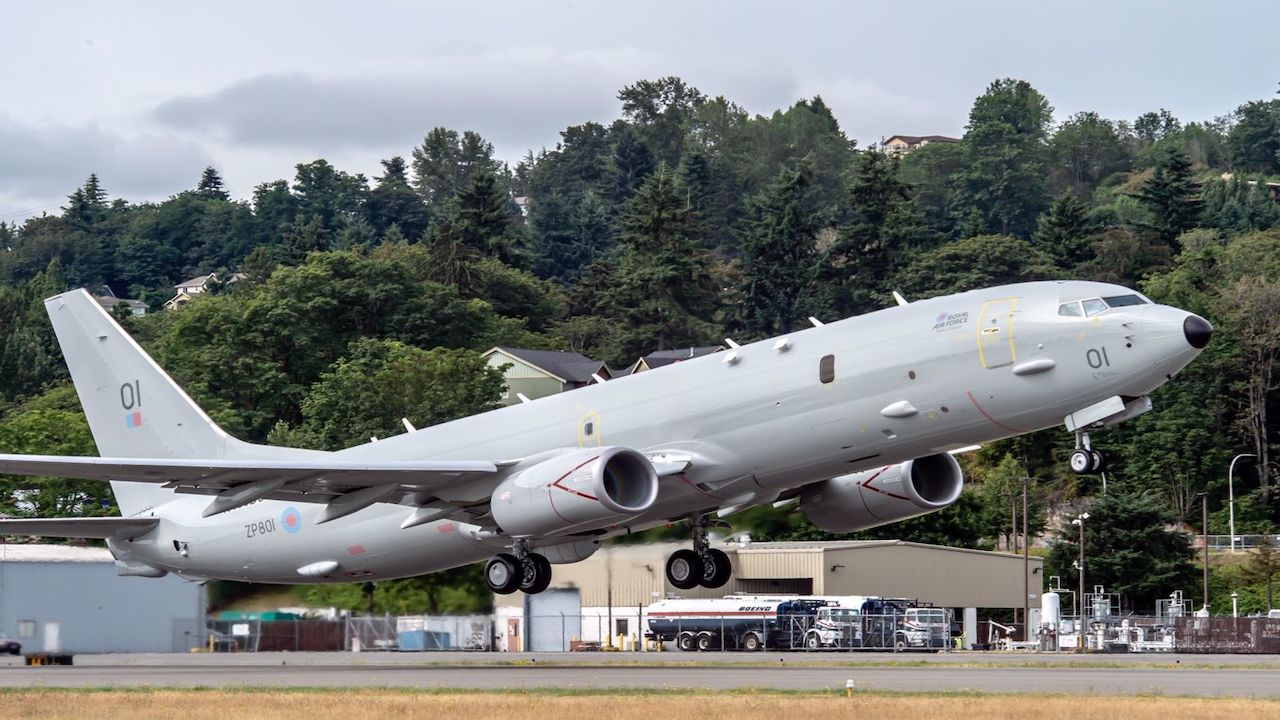 On January 11 Boeing announced that it has successfully delivered to the United Kingdom a ninth P-8A Poseidon for the Royal Air Force (RAF) in just under two years.

The first aircraft arrived in Scotland in February 2020 and Initial Operational Capability (IOC) was declared by the RAF in April 2020. The latest addition to the fleet touched down at RAF Lossiemouth on Tuesday morning.

A new state-of-the-art hangar facility was designed and built by Boeing and Elgin-based construction partner Robertson to house the RAF’s P-8A Poseidon fleet.

The facility – a £100 million joint MOD-Boeing investment – was officially named the Atlantic Building by the RAF after being handed over by Boeing in June 2020.

The new structure can hold three aircraft at a time and has accommodation for two squadrons, and training and mission support facilities, including a suite of P-8A training simulators and devices. Around 200 Boeing employees, including apprentices, graduates and PhD students, are expected to be based at RAF Lossiemouth, focused on maintenance, training and support, working alongside their military counterparts.

In December 2020, the RAF announced that RAF Lossiemouth would also be home to its future fleet of E-7 Wedgetail Airborne Early Warning and Control aircraft, with the first two currently undergoing modification in Birmingham. The Poseidon and Wedgetail are military derivatives of Boeing’s Next-Generation 737. Operating both fleets from the same location will further harness RAF Lossiemouth’s strategic location and support hundreds of jobs, providing a boost to the local economy and supply chain.

“The P-8A Poseidon allows the RAF to conduct critical maritime patrol activities at home and abroad, and we are hugely proud of the incredible journey the team has undertaken over the last two years from construction of the Atlantic Building, to delivery of the ninth aircraft.” said Anna Keeling, managing director of Boeing Defence UK. “As a trusted partner to the RAF, we will continue to provide long-term support for the aircraft and help train the crews that fly them, reaffirming our commitment to help strengthen the aerospace and defence sector in the Moray region.”

The Poseidon supports anti-submarine warfare, anti-surface unit warfare, surveillance and long range search and rescue for the UK. More than a dozen UK-based suppliers produce components for the P-8, making up five percent of every P-8 aircraft around the world. Marshall Aerospace and Defence Group has built and delivered nearly 1,000 auxiliary fuel tanks from its production facility in Cambridge.

Seven of the nine aircraft have been named, paying homage to the local connection with the Moray region and the RAF’s long standing maritime surveillance history.