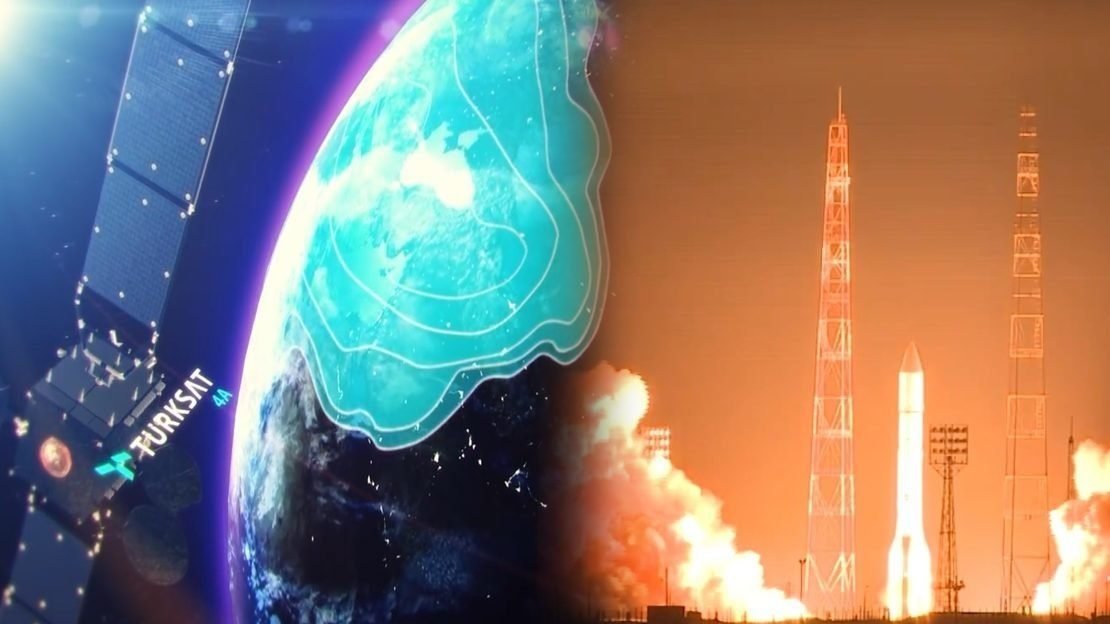 The Türksat 4A communication satellite was successfully launched 8 years ago today, on February 14, 2014, onboard the Proton Breeze M rocket from the Baikonur Space Base in Kazakhstan and was placed into a 42 degrees east orbit.

The satellites first signal was received 9 hours and 13 minutes after launch and its lifespan at launch was expected to be more than 30 years.

The contract to build the satellites, TURKSAT-4A and TURKSAT-4B was signed with Japan's Mitsubishi Electric Corporation (MELCO) on March 2011. TURKSAT 4A communicates at a frequency of 1750 MHz and operates on 42° Eastern Longitude. The satellite at launch weighed 4910 kg. Its coverage area includes Turkey, North Africa, Europe, Middle East and Asia on Ku Band BSS; Africa on Ku Band FSS; Turkey and Germany on Ka Band.

February 14, 2014: Türksat 4A communication satellite was launched into space