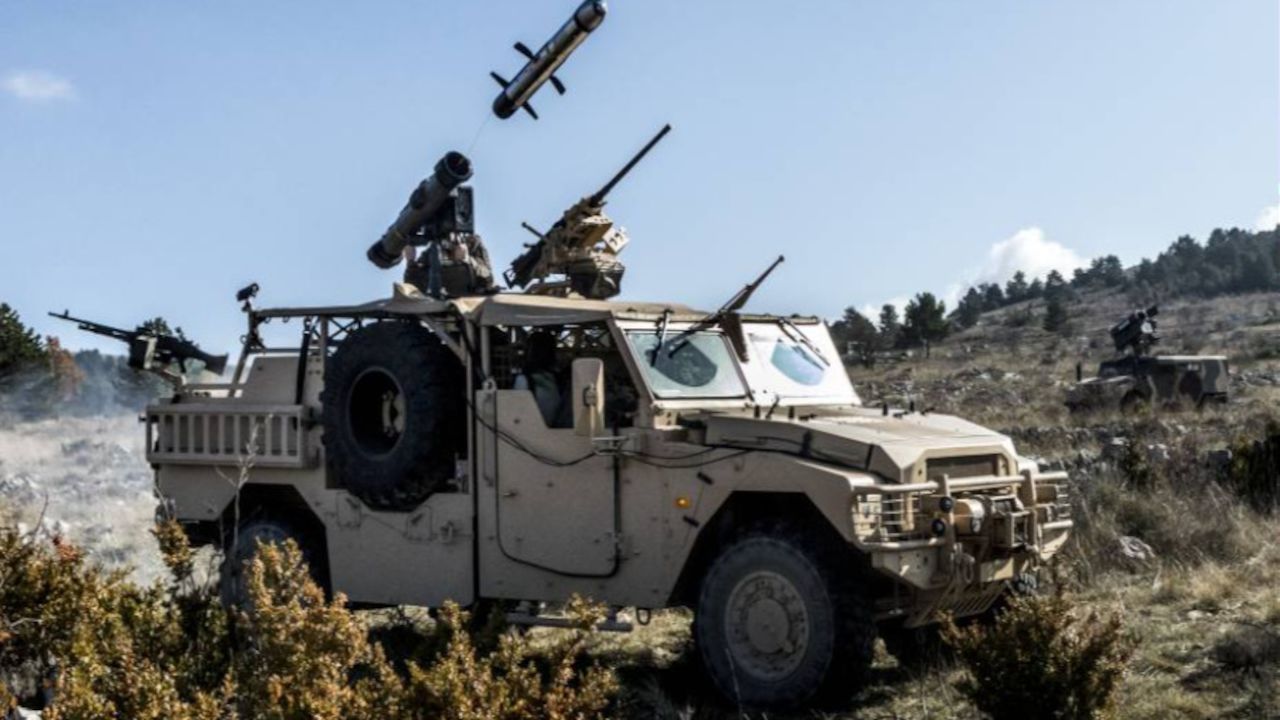 MBDA has carried out the first firing of an MMP missile from an Arquus Sabre special forces vehicle, as part of a firing campaign implemented with the support of the French Army and of the Direction Générale de l’Armement (DGA - French Procurement Agency). The announcement was made by MBDA and Arquus on December 14, 2020.

The firing was carried out at the Canjuers military camp in the south of France, using ‘lock-on-before-launch’ mode against a tank 3,500 meters away, with a rapid switchover to ‘fire-and-forget’ mode, making the vehicle fully mobile after firing. Once again, the MMP system demonstrated the accuracy of its target acquisition and the quality of its guidance system by achieving a direct hit, without operator intervention.

In addition to this firing, multiple engagements were simulated on the post, against fixed or mobile targets, with the vehicle moving around the test range, thus crossing a further milestone in the validation of the ergonomic, tactical and safety studies.

The MMP – the first fifth-generation missile to be deployed in combat – has been in service with the French Army for two years. Flexible and versatile, it has been battle-tested and deployed in various theatres around the world (desert, tropical, mountainous and Arctic areas). A valuable asset for Special Forces operating over long distances, the MMP allows for the resupply of munitions by airdrop.

The Saber is a 4x4 tactical vehicle derived from Arquus' Sherpa Light, perfectly suited to the needs of Special forces. With great stealth, he is able to intervene quickly beyond front lines and complete battlespace reconnaissance, rapid assault and fire support. Its proven chassis and 265 horsepower engine provide excellent off-road mobility on the most difficult terrains. A patrol and combat vehicle, it has a strong firepower with its versatile large diameter circular and numerous supports 7.62mm secondary weapons for the crew. With its GVW of 11 tonnes, its communication systems (C4ISR), its additional tanks and its large radius of action, it is able to conduct long-term operations in any autonomy. Modular, it can be specially configured according to the mission profile, with additional protection kits, weapons and communications systems, ammunition, as well as spare parts for increased autonomy. It is air transportable by A400M and C-130. The Saber is intended for export markets, where it has already achieved some success.