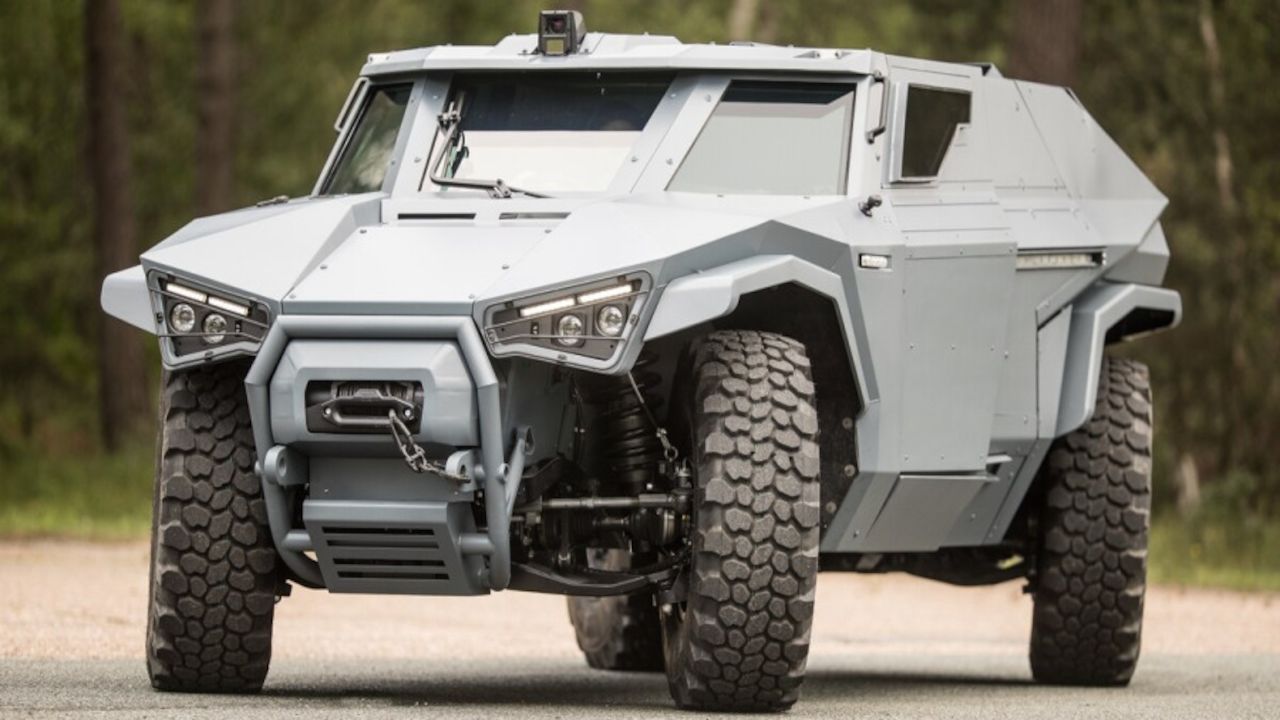 French manufacturer Arquus said its Scarabée armored vehicle has left the development stage and is ready for the global market.

At a March 10 press conference, CEO Emmanuel Levacher described the ride as “no longer just a pretty prototype, but the world’s first truly hybrid armored vehicle.”

Levacher specified that a number of potential clients “have already expressed interest” in the Scarabée, the company’s “flagship” product developed on its own funds, but did not specify who they were. “What we are seeking are a few ‘ambassador’ clients and hopefully, amongst these, will be the French Army,” he said.

The rear wheels of the Scarabée provide independent steering so that it can not only make very tight U-turns (11m, or 36 feet) but, as the rear axle can be kept parallel to the front one in a turn, it can move simultaneously forward and sideways like a crab.

This unique capability means the vehicle can surge from cover and back again without having to maneuver and can also keep facing the enemy whilst moving sideways, according to the manufacturer.

Christian Jacques, director of innovation at Arquus, said that feedback from their army clients point to “energy, survivability and robotization” as the areas to develop in the future. “Vehicles are having more and more energy-consuming systems put aboard and in parallel it is vital that we reduce our use of fossil energies,” he remarked.

He also revealed that the company is preparing a hybrid version of the Griffon for next year.

Levacher said the company’s ambition was to reach an annual turnover of €1 billion ($1.19 billion) by 2030, “which is the critical size to enable us to finance our innovation.” The company does not reveal precise turnover data as it is part of the Volvo Group, but Levacher said they were in the region of €600 million, or $715.2 million.