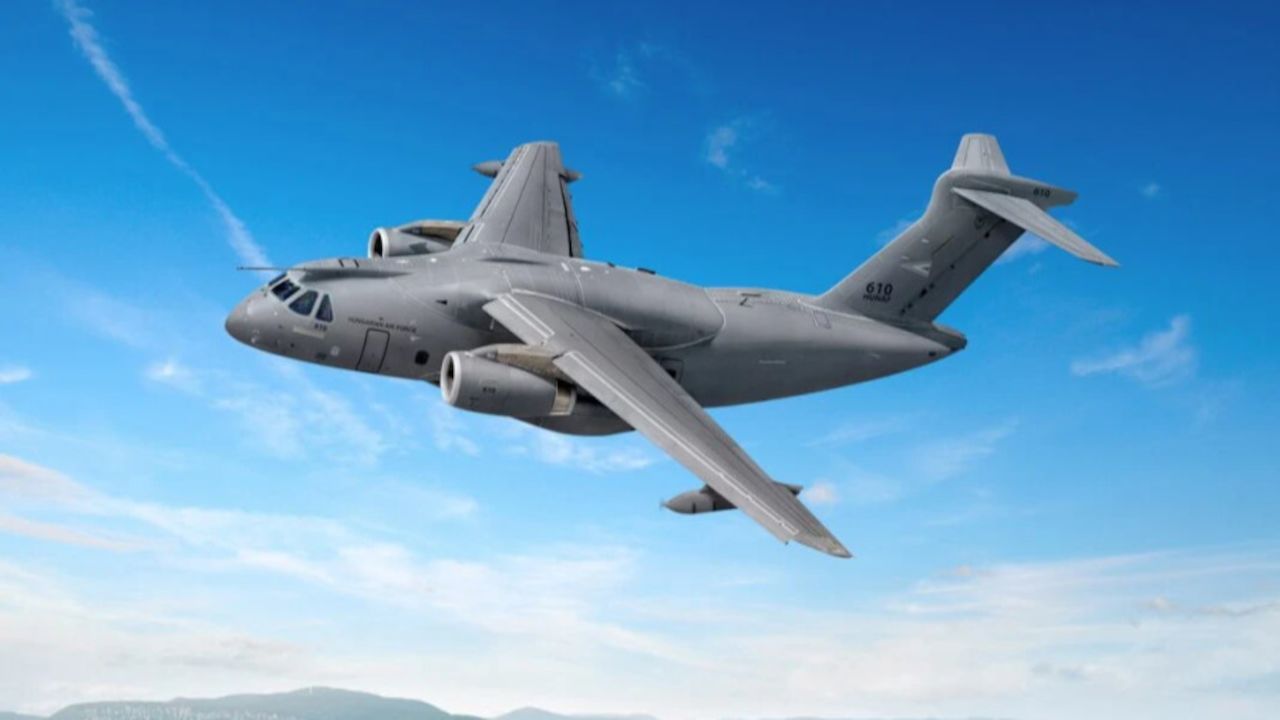 Additionally, pilots and technicians training as well as other services and support are included in the contract as part of the process to strengthen the Hungarian Defence Forces capabilities specifically on the tactical airlift, AAR and medical evacuation roles as well as in other missions of public interest.

Deliveries are scheduled to start in 2023. “Following the procurement of personnel air transport capabilities in 2018, we will see the arrival of KC-390 aircraft to Hungary in 2023-24, able to deliver large military loads in an operational environment, as well as providing air-to-air refueling services.

We are acquiring a multi-role transport fleet for the Hungarian Defence Forces to fulfill the widest possible range of tasks within the national framework, in a sovereign way,” said Gáspár Maróth, government commissioner responsible for defence development.

“We are honored for being selected by the Hungarian Government and the Hungarian Defense Forces to provide the most advanced multi-mission transport aircraft available in the market,” said Jackson Schneider, President and CEO of Embraer Defense & Security.

“Hungary is the second European nation and NATO operator to select the C-390 Millennium, a highly capable aircraft that offers excellent productivity through unrivalled combination of speed, payload and rapid reconfigurability for multi-mission operations.”

The KC-390 for the Hungarian Defence Forces will be the first in the world with the Intensive Care Unit in its configuration, an essential feature to perform humanitarian missions. The aircraft fully meets the requirements of the Hungarian Defense Forces, being able to perform different types of military and civilian missions including Humanitarian Support, Medical Evacuation, Search and Rescue, Cargo and Troops Transport, Precision Cargo Drop, Paratroopers Operations and AAR. These KC-390 are fully NATO compatible, not only in terms of its hardware but also in its avionics and communications configuration.

Furthermore, the KC-390 probe and drogue refueling system means the aircraft can refuel the Hungarian JAS 39 Gripen as well as other aircraft that use the same technology. The C-390 Millennium is fully operational and, since receiving its first aircraft in 2019, the Brazilian Air Force has deployed the airlift on several critical missions in Brazil and abroad with greater availability.

Also, the Portuguese Government signed a contract for the acquisition of five C-390 Millennium in 2019 that are currently in the production line and will be in service in 2023. The C-390 is a tactical transport jet aircraft designed to set new standards in its category.

Some of the strong aspects of the aircraft are increased mobility, rugged design, higher flexibility, state-of-the-art proven technology and easier maintenance. Flying faster and delivering more cargo, both the C-390 Millennium and the KC-390 variant are the right sized platform for major deployment scenarios.