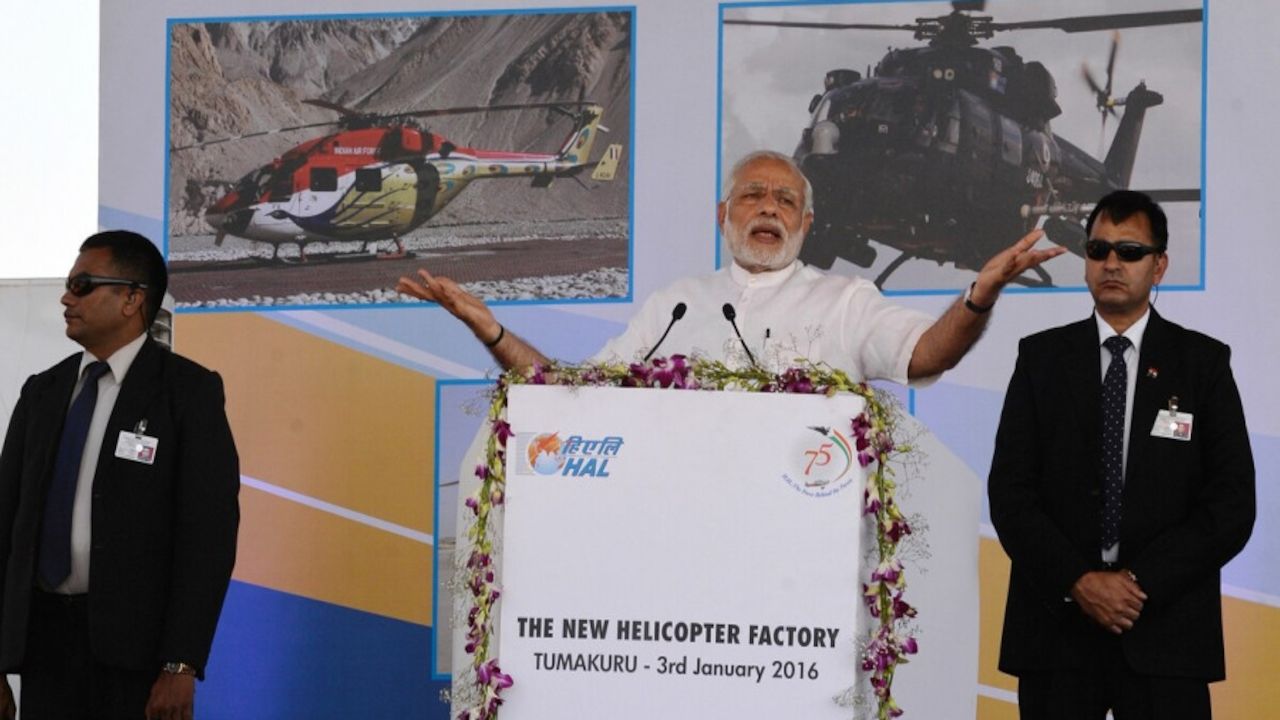 The Indian government on Monday introduced a new draft policy that sets a $25 billion defense production target, including making $5 billion from exports, by 2025.

The Defence Production and Export Promotion Policy is meant to bolster local production of weapons and platforms by developing “a dynamic, robust and competitive” defense industry.

The draft policy also said the Ministry of Defence will set up a technology assessment cell to assess industry’s ability to design, develop, produce and re-engineer assembly lines to manufacture major systems such as armored vehicles, submarines, fighter aircraft, helicopters and radars.

“The DPEPP 2020 is envisaged as overarching guiding to provide a focused, structured and significant thrust to defense production capabilities of the country for self-reliance and exports,” the MoD said.

However, some defense experts and analysts are unimpressed with the draft policy. Amit Cowshish, a former financial adviser for acquisition with the MoD, said the DPEPP is high on rhetoric but low on specifics.

“It disregards financial reality, which is grimmer now due to the rampant pandemic than was the case in the past,” Cowshish said, referring to the spread of the coronavirus that has hit economies worldwide.

A more productive defense industry in India will depend on how much money the government can spare for local procurement as well as the availability of materiel in the domestic market — two factors that should be a matter of concern, particularly with export targets, according to Cowshish.

Currently, India spends about $18.52 billion annually on weapons and platform purchases, out of which 60 percent is sourced from domestic companies, with remaining supplies coming from foreign vendors.

About $11 billion of those appropriated funds go toward India’s 50 state-owned laboratories focused on defense research and development, nine state-owned companies, and 41 ordnance factories.

Conversely, private defense companies, including 3,500 micro and small enterprises, get a little over $2 billion from this.

A CEO of a private defense company in India, speaking to Defense News on condition of anonymity, said the draft policy fails to provide “a clear road map and direction for streamlining defense procurement and production.” He argued that defense production will only improve if there’s mutual trust, hand-holding, active participation and patience in the development process between the private and public sector.

Senior executives at the state-owned enterprises Hindustan Aeronautics Limited and Bharat Electronics Limited would not comment on the draft policy, saying they are not authorized by the government to comment on MoD policy issues.

However, Venkatesh Damal Kannan, a former research and development director with Hindustan Aeronautics, said achieving the $25 billion target would be possible if the current capital allocation of $18.52 billion for purchasing weapons and platforms is doubled.

There should also be a willingness from the Indian military to field a larger number of indigenous products, Kannan added, and improved bureaucratic processes in the MoD.

However, Cowshish said the military’s arms requirements should not be held hostage by efforts for indigenization.

“In the meantime, especially in situations like the one we are faced with vis-a-vis China, there is no alternative to buying equipment, platforms, ammunition from abroad if what is needed is not available in India,” he said.