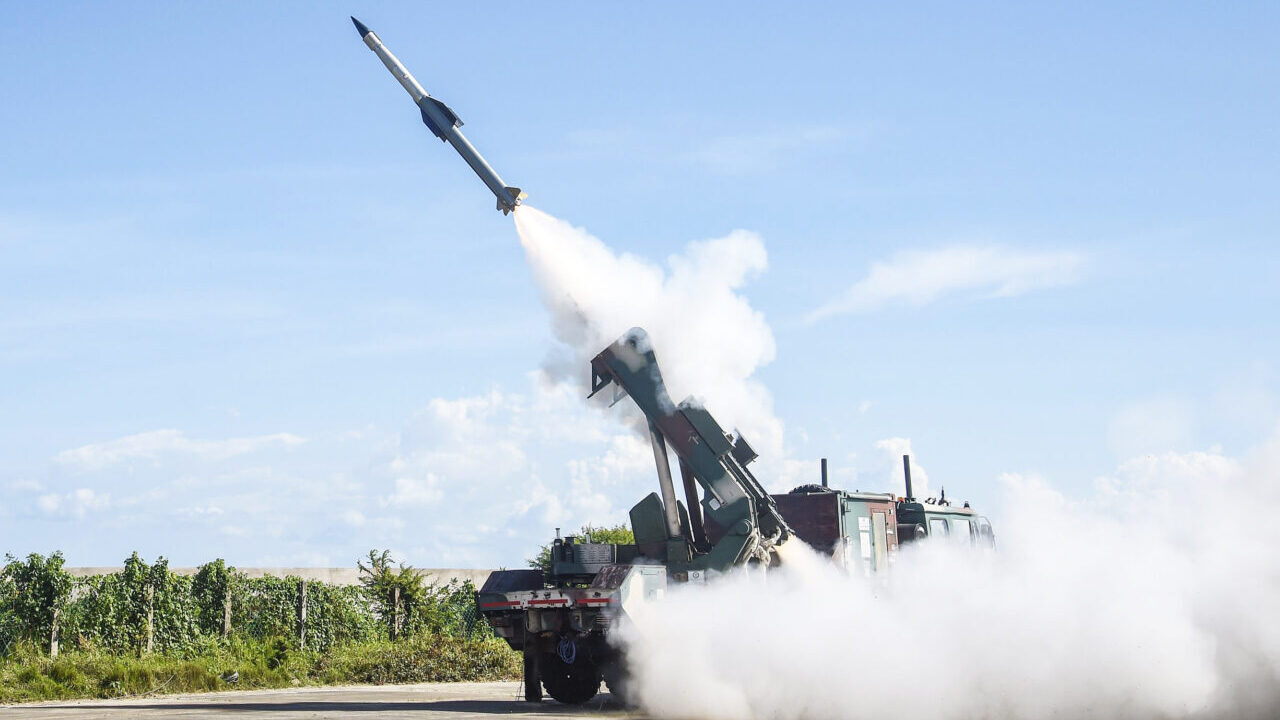 In a press release the Indian Ministry of Defense stated the following:

The flight tests were conducted as part of evaluation trials by the Indian Army.

The system performance was also evaluated under day and night operation scenarios.

During these tests, all the mission objectives were met establishing pin-point accuracy of the weapon system with state-of-the-art guidance and control algorithms including warhead chain. The performance of the system has been confirmed from the data captured by a number of Range instruments like Telemetry, Radar and Electro Optical Tracking Systems (EOTS) deployed by ITR. Senior officials from DRDO and the Indian Army participated in the launches.

These tests were conducted in the final deployment configuration consisting of all indigenously-developed sub-systems, including the missile with indigenous Radio Frequency (RF) seeker, mobile launcher, fully automated command and control system, surveillance and multi-function Radars. The uniqueness of the QRSAM weapon system is that it can operate on the move with search and track capability & fire on short halt. This has been proven during the mobility trials conducted earlier.

Raksha Mantri Shri Rajnath Singh has complimented DRDO and Indian Army on the successful flight trials. He exuded confidence that the QRSAM weapon system will be an excellent force multiplier for the Armed Forces.

Secretary, Department of Defence R&D and Chairman DRDO has congratulated the teams associated with the successful series of trials and said that the system is now ready for induction into the Indian Army.