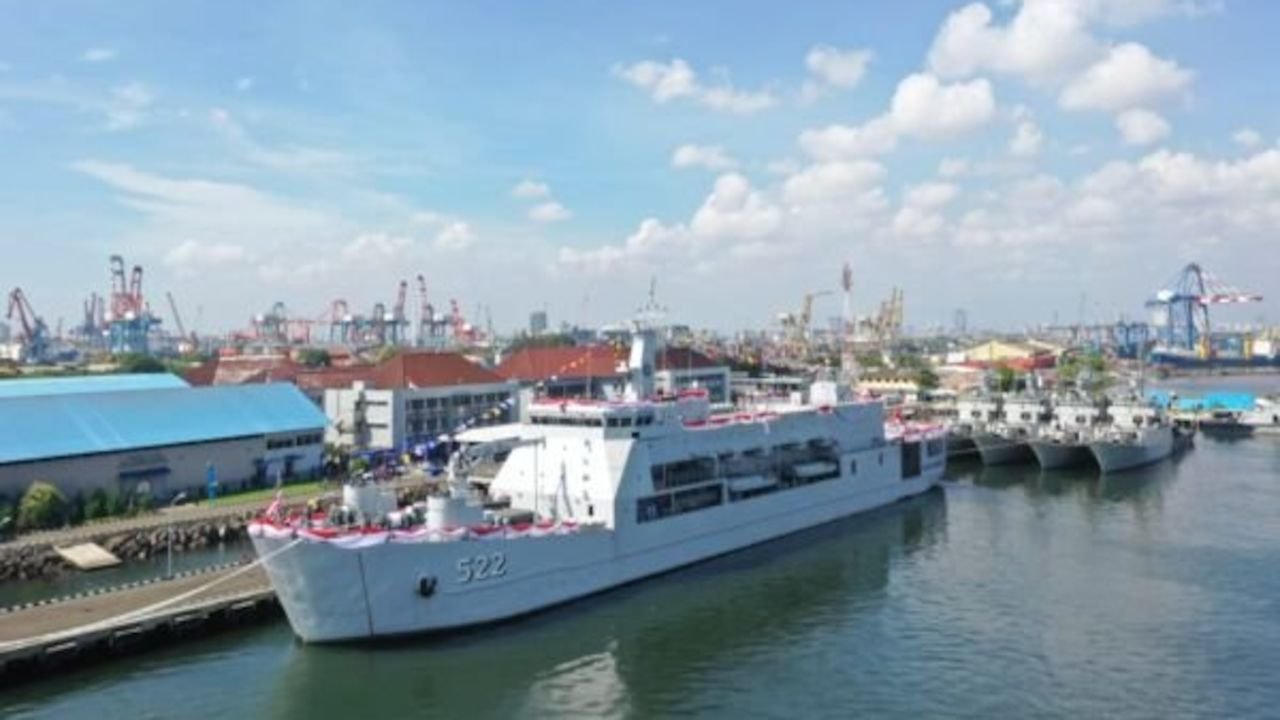 On the occasion, Kasal also confirmed Navy Lt. Col. (P) I Nyoman Armenthia W. as commander of the first ship to serve in the Military Maritime Command (Kolinlamil).

As one of TNI AL’s newest defense equipment, the ‘KRI Teluk Youtefa 522’ will serve in the ranks of Kolinlamil by conducting military sealift operations in military warfare operations (MWO) and military operations other than warfare (OMSP).

The ‘KRI Teluk Youtefa 522‘ is designed to carry the Leopard-type main battle tank belonging to the Indonesian Army and the Marine Corps BMP-3F tank will be in the ranks of the Kolinlamil.

“In a peace situation, it can be used for training, it can be used to transport troops to the western and eastern regions,” Chief of Naval Staff (Kasal) Admiral Yudo Margono said.

‘KRI Teluk Youtefa 522‘ has a maximum speed of 16 knots, a cruising speed of 14.8 knots and an economic speed of 13.6 knots with a cruising capacity of 7200 nautical miles and is capable of sailing for 20 days using two 4,320 KW stx-man diesel engines.