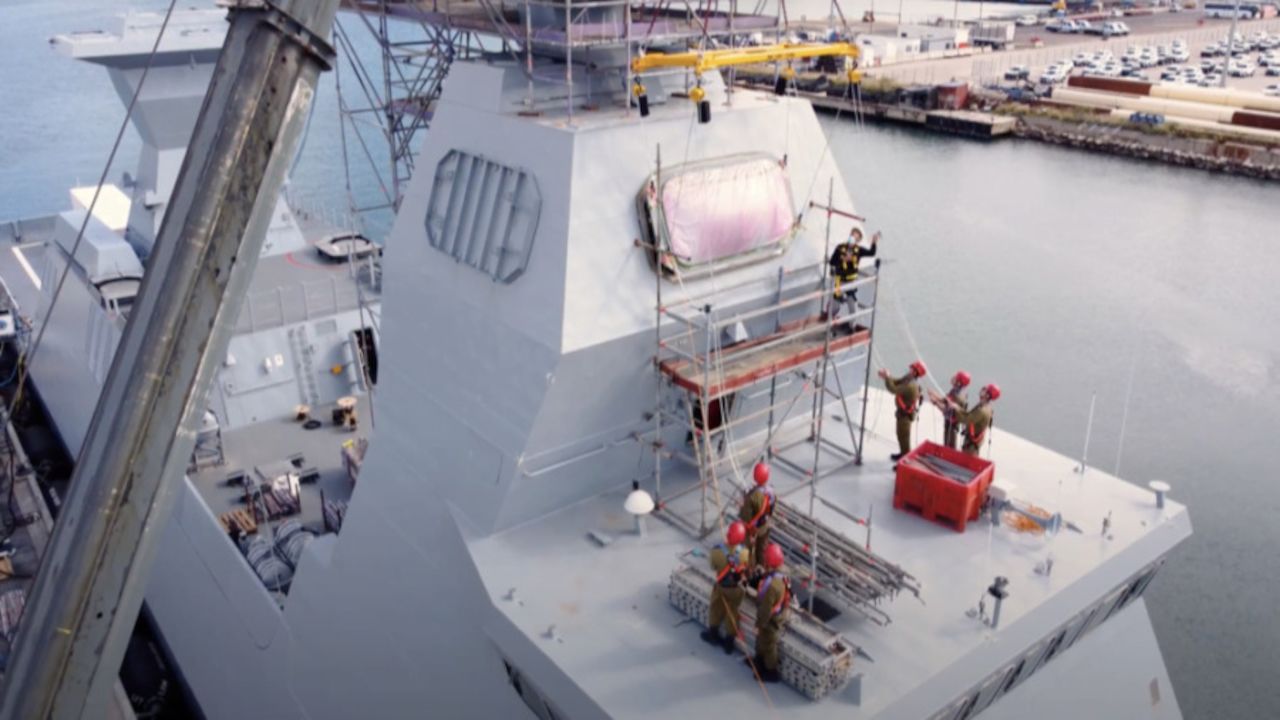 Israel Aerospace Industries (IAI) announced Sunday that it is integrating offensive and defensive systems, to enhance the 'Sa'ar 6' corvette's capabilities and usher the Israeli Navy into a new technological era, under the guidance of Israel's Ministry of Defense (IMoD) and the IDF.

IAI, together with the Administration for the Development of Weapons and Technological Infrastructure (part of IMoD) and the Israeli Navy, completed the first phase of installing the MF-STAR (Magen Adir) radars on the Israeli Navy’s ‘Sa’ar 6’ corvettes and will continue to integrate the BARAK MX Air Defense System (Ra’am Adir) on the vessels. The radars will serve to locate and classify air and surface targets and help to build an advanced and detailed maritime picture of the surveillance area. The MF-STAR radar system, one of the world's most advanced radar systems, will serve as the “brain,” integrated with all surveillance sensors on every one of the Israeli Navy's new warships. The radar system is also an important component of the BARAK MX Air Defense System (Ra’am Adir), and provides a layer of defense against advanced aerial and naval threats.

The MF-STAR radar systems are based on advanced technology including active electronic scanning array (AESA) developed by IAI's ELTA Systems Ltd. These systems reduce the target acquisition response-time, and provide advanced ability to accurately and simultaneously track a wide range of targets. The radar provides an optimal picture of maritime situation awareness and hemispheric protection to all accompanying forces. The radars are an integral component of defending air, space and territorial waters, including Israel’s strategic assets: the natural gas rigs, defending against rockets, enemy aircraft and more. Upon identifying a threat, the radar supplies all required data immediately to each control, defense and support systems on deck (e.g., firing of anti-aircraft missiles), enabling key decision-makers to respond to the threat in real-time. The MF-STAR radar includes four staring radar panels that provide 360-degree hemispherical coverage around the vessel.

Boaz Levy, President and CEO of IAI, said: “The combat and air defense systems installed on the Sa'ar corvettes represents the significant tier now being integrating on the rest of Israel’s air defense array, an integral aspect of IAI’s system wide naval solutions. IAI, the home of the Israeli Navy’s systems, is proud to begin integrating these systems on missile boats, in close cooperation with Israel’s Ministry of Defense and the Israeli Navy. Deploying the world’s most advanced radar system of its kind, based on decades of ELTA's radar production know-how, is the cornerstone for a wide range of systems with the ability to act as a force multiplier for the navy, for the IDF and for the State of Israel."