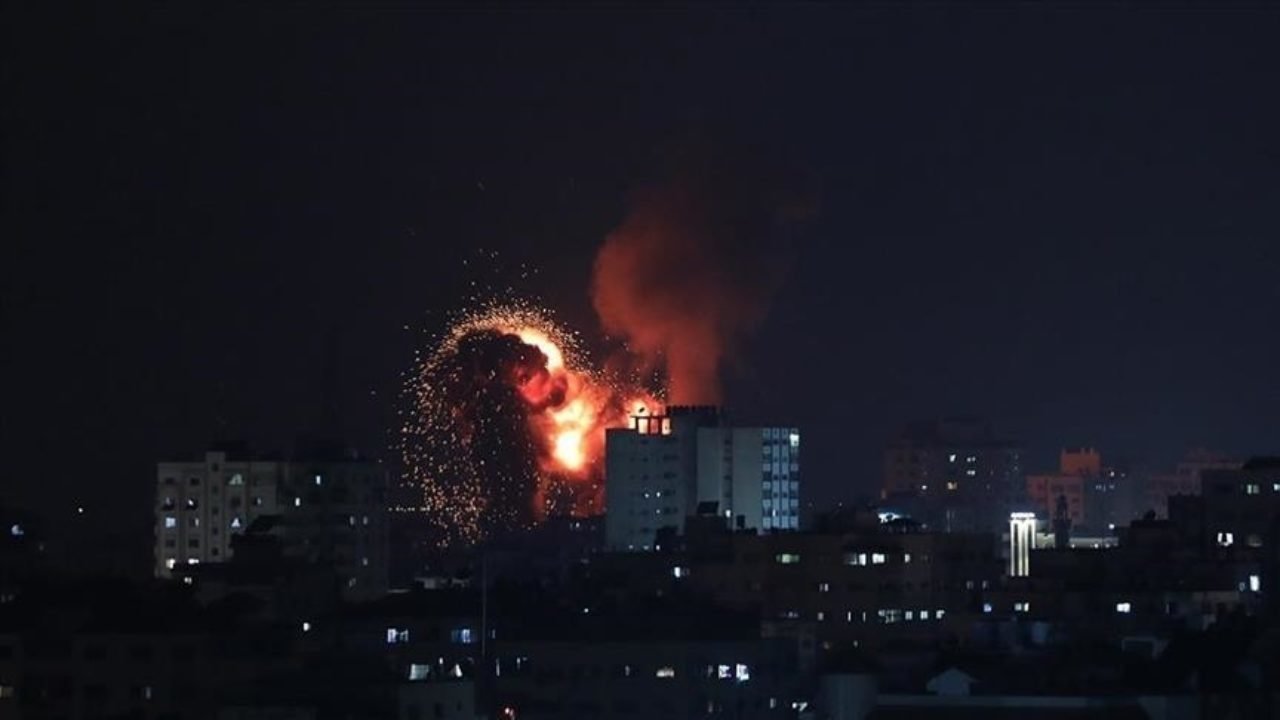 Israeli warplanes struck a site in the Gaza Strip early Tuesday affiliated with the Ezzedine al-Qassam Brigades, the military wing of the Palestinian organization Hamas.

Several strikes by Israeli warplanes targeted a site west of Khan Yunis city in the southern Gaza Strip, according to an Anadolu Agency correspondent.

No casualties or injuries have been reported by the Palestinian Health Ministry.

The Ezzedine al-Qassam Brigades said they have retaliated with surface-to-air missiles.

"Our air defense responded to Zionist warplanes in the skies of the Gaza Strip with surface-to-air missiles at exactly 01.35 local time (1035GMT) Tuesday morning," it announced in a statement.

It said the strikes were carried out in response to the launch from Gaza into Israel, adding: "We just targeted a Hamas weapons manufacturing site in Gaza."

The move comes after Israeli Prime Minister Naftali Bennett said Hamas was responsible for the rising tensions in Israel and Palestine.

Tensions have been running high across the Palestinian territories since the beginning of April amid repeated Israeli arrest campaigns in the West Bank.

On Friday, dozens of Palestinians were injured in clashes with Israeli forces in the flashpoint Al-Aqsa Mosque compound in occupied East Jerusalem.

Al-Aqsa Mosque is the world's third-holiest site for Muslims. Jews call the area the Temple Mount, claiming it was the site of two Jewish temples in ancient times.

Israel occupied East Jerusalem during the 1967 Arab-Israeli war. It annexed the entire city in 1980 in a move never recognized by the international community.