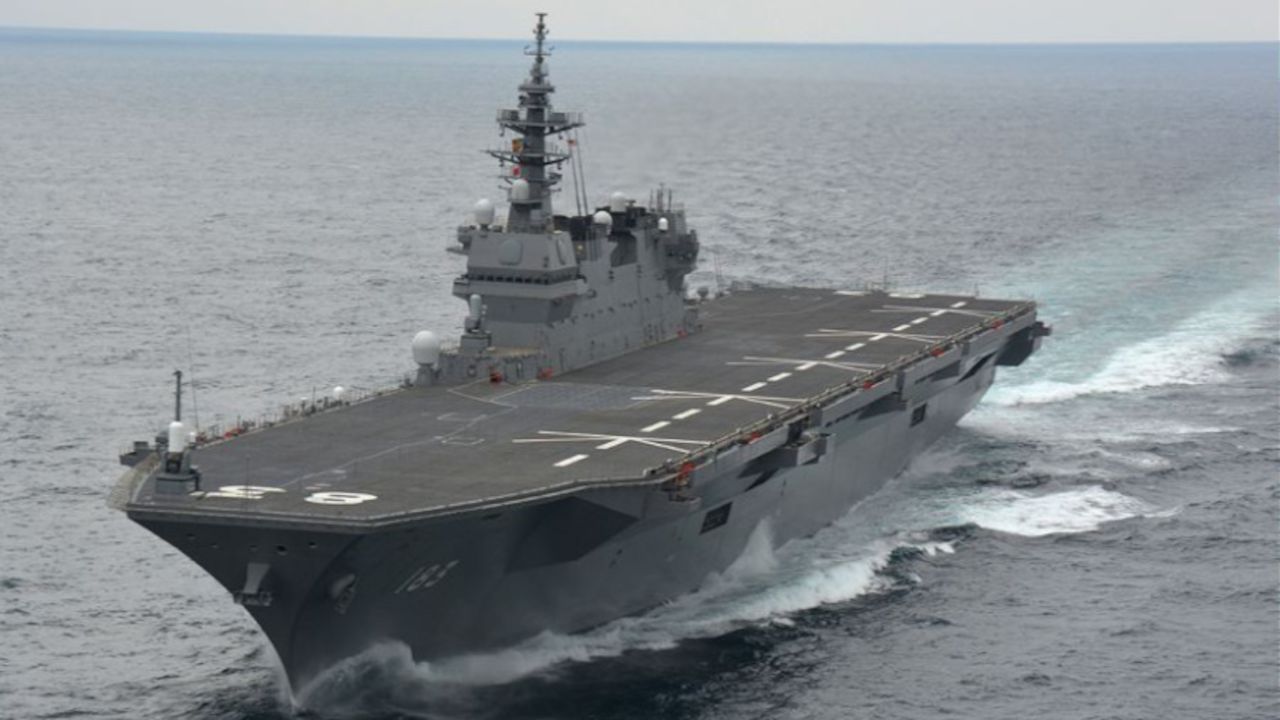 The Japan Maritime Self Defense Force (JMSDF) has decided that its two Izumo-class helicopter carriers will not be fitted with a ‘ski-jump’ ramp to facilitate operations of the short take-off and vertical landing (STOVL) F-35B Lightning II Joint Strike Fighter.

Instead, each vessel will have the bow section of its flight deck, which is currently trapezoidal, modified into a square shape, similar to that found on the United States Navy’s Wasp- and America-class amphibious assault ships.

This change will enable the ship to safely operate the F-35Bs by mitigating turbulence during take-offs and enabling the aircraft to take off and land on the port side of the flight deck, maintaining a safe distance from the ship’s island, a JMSDF spokesperson told Janes on 8 October.

He also confirmed that the modifications to JS Izumo and JS Kaga will be made in two main stages to coincide with the vessels’ periodic refit and overhaul programmes, which take place every five years

As Janes reported in June, the service has already begun the process of converting Izumo.