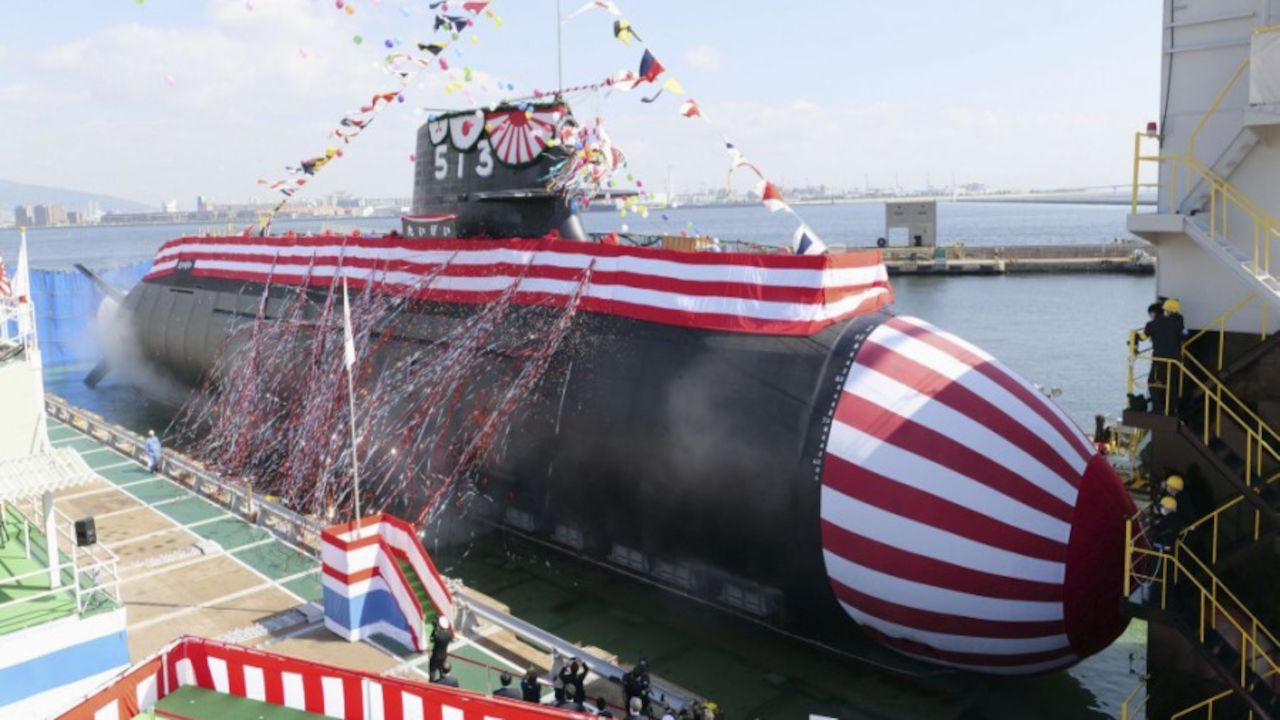 The new 3,000-tonne submarine, which has been named Taigei (with pennant number SS 513), entered the water on 14 October in a ceremony held at MHI’s facilities in Kobe City.

Taigei means ‘big whale’ in Japanese and was the name borne by a submarine tender in the Imperial Japanese Navy.

The new boat, which is expected to enter service in March 2022, has also been referred to as ‘29SS’. This designation refers to the year ‘Heisei 29’ in the Japanese calendar (2017 in the Gregorian calendar).

The new submarine, which cost about JPY80 billion (USD758.7 million) to build, is powered by a diesel-electric engine generating 6,000 hp.

The JMSDF said that the new boat is equipped with lithium-ion batteries in place of lead-acid ones, just like the final two of 12 Soryu-class boats for the JMSDF: Oryu (SS 511) and Toryu (SS 512). Oryu was commissioned in March 2020 while Toryu is expected to enter service in March 2021.