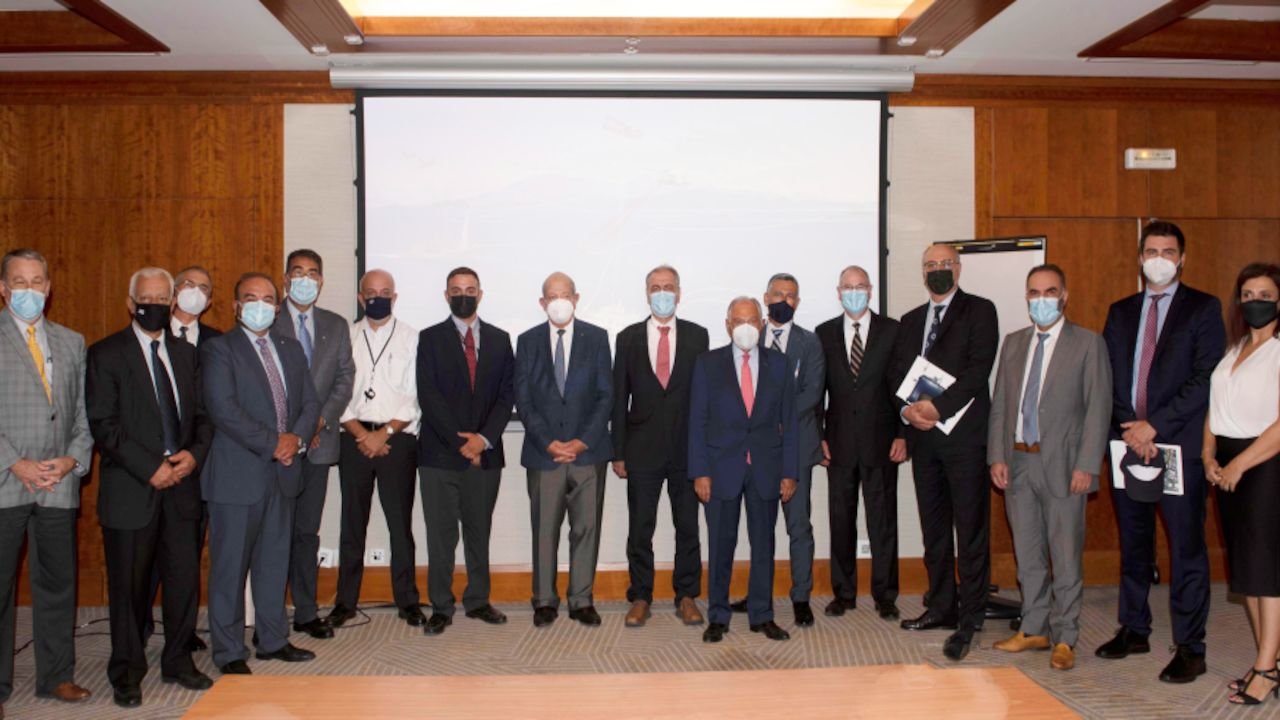 Lockheed Martin announced in a press release on Monday that it has entered into teaming agreements with key Greek industrial partners in support of the Hellenic Navy Modernization program.

These agreements include specific areas of collaboration matched to partner capabilities and will enable the Greek – U.S. industry team led by Lockheed Martin to quickly begin work on this important program.

At the same time, the agreements will expand Greek employment opportunities into the future in a number of maritime industry specialties and support efforts to re-capitalize Greek shipyards. This work will include combat systems integration, test, maintenance, and shipboard modernization.

At a working event last week, partner companies met with Lockheed Martin to begin developing more specific plans for industrial participation to meet the schedule set for the MEKO-200 upgrades and the Hellenic Future Frigate program. Companies that have joined onto the Lockheed Martin-led team include:

“Lockheed Martin has partnered all around the world with ship builders to deliver capability inclusive of local industrial participation, said Tom Rowden, vice president, international business development, Lockheed Martin. “With Greek industry as strategic partners, we are convinced that together we not only provide incredible capability to the Hellenic Navy but help to re-build a proud and historic shipbuilding industry here in Greece”.

"The U.S. government is 100% committed to the U.S. Navy proposal for the Hellenic Navy’s Frigate Modernization Program, which represents a generational opportunity to expand and deepen our outstanding U.S.-Greece naval partnership. Our proposal is backed by a government-to-government agreement, offering a real and highly capable ship, not just an idea on paper, with an unmatched plan for building in Greece, said U.S. Ambassador to Greece Geoffrey R. Pyatt. “It will boost the revival of the Greek shipbuilding industry and create over a thousand direct shipbuilding jobs, and over a thousand indirect ship-related jobs across the Greek maritime sector, spurring further the revival of Greece’s long maritime traditions. I know that Lockheed Martin is eager to participate in the renaissance of Greek shipbuilding, and they are also very committed to partnering with George Prokopiou, a great friend of the United States, who has just acquired the Skaramangas shipyards."

Lockheed Martin will work with our Greek industry partners including the Shipyards as appropriate completely focused on successful program execution in coordination with U.S. Navy and Hellenic Navy. Lockheed Martin will look to introduce more Greek teammates in the weeks to come. The team will leverage and build upon the deep knowledge and expertise of the Greek defense industry expanding capabilities in ship design, logistics, training, and sustainment.

Lockheed Martin’s partnership with Greece spans more than 75 years including numerous successful programs, such as the F-16, C-130 and P-3. In 2020, Greece added the MH-60R to their fleet. In parallel with this acquisition, the Hellenic Navy, U.S. Navy and Lockheed Martin are working together with local industry for the sustainment and modernization of the existing S-70B fleet. Lockheed Martin highly values its enduring relationship with Greece, the Hellenic Armed Forces and Greek industry and looks forward to building upon that successful heritage.

About the Hellenic Future Frigate

The Hellenic Future Frigate (HF2) is multi-mission frigate, taking proven systems operational in the US Navy from both the Arleigh Burke DDGs and the FREEDOM class LCS, enhanced to address the Hellenic Navy’s requirements. The Hellenic Navy will benefit from the US Navy investment, lessons learned and continuous development as well as the total package approach and reassurances of performance of the U.S. government to government foreign military sales process framework. Acquisition of HF2 will actively support the revitalization plan of the Greek shipyards and high-quality defense industry jobs.