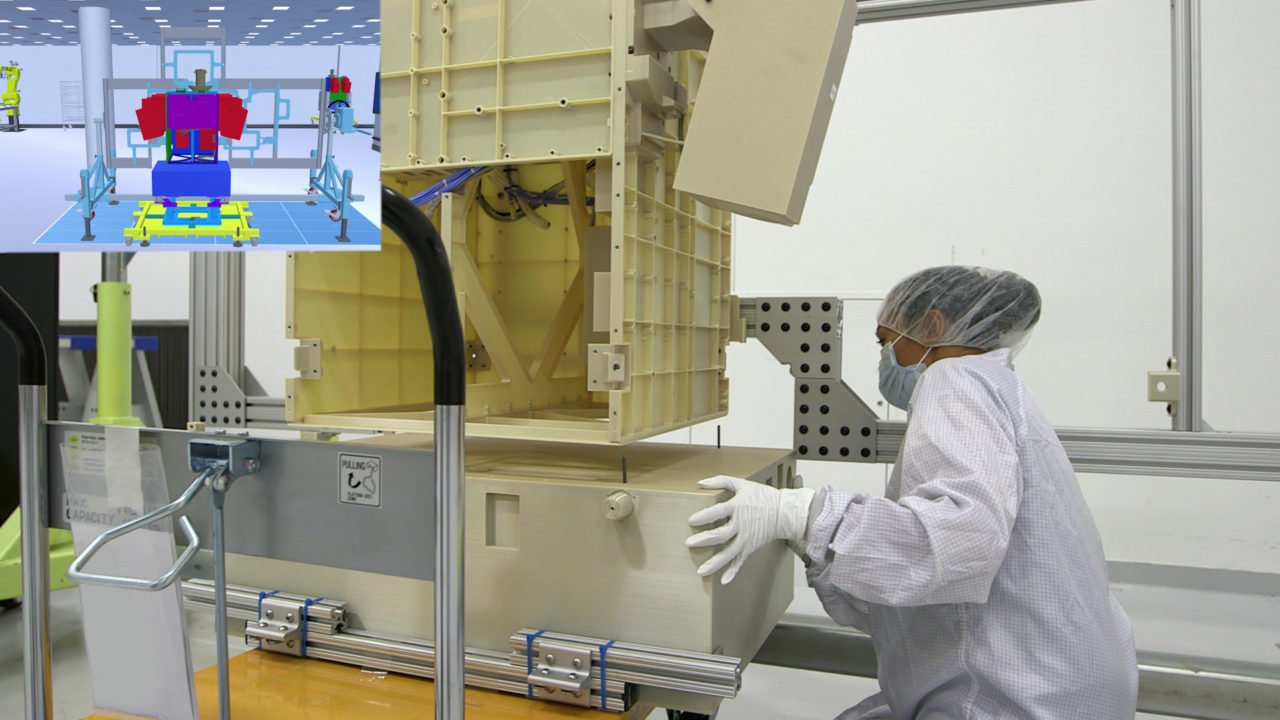 The Space Development Agency (SDA) has awarded Lockheed Martin a prototype agreement with a potential value of approximately $700 million to design and build 42 small satellites, the company announced on 28 February.

These satellites are part of Tranche 1, the initial warfighting capability of the agency’s Transport Layer, which will connect space with other domains on Earth in a highly capable, networked environment of Joint All-Domain Operations.

“This innovative mesh network of small satellites will link terrestrial warfighting domains to space sensors, allowing warfighters much faster access to data so they can stay ahead of emerging threats,” said Erik Daehler, protected communications mission area leader at Lockheed Martin Space. “Through our Agility Partners Marketplace, we have multiple vendors on contract who can build common components without disruptions to cost or schedule – that’s key to getting this needed capability on orbit.”

As part of this tranche, SDA is developing a prototype constellation of up to 126 space vehicles divided into six orbital planes. Lockheed Martin will develop 42 of those space vehicles for the Transport Layer constellation, which will provide assured, resilient, low-latency military data and connectivity worldwide to a full range of warfighter platforms using Link-16 antennas and laser Optical Intersatellite Links.

"SDA is changing the landscape for acquisition of national defense space capabilities by capitalizing on a unique business model that harnesses commercial development to achieve a proliferated low Earth orbit architecture that enhances resilience and lowers latency to process and move data from sensor to shooter,” said SDA Director Derek Tournear. “The per satellite price, volume, and speed of delivery represented by the T1TL agreements signed with our partners demonstrate industry’s progress toward building a strong marketplace.”

Lockheed Martin’s Agility Partners Marketplace is a network of suppliers and teammates, including Tyvak, TESAT, and Innoflight. Having multiple component suppliers ensures that parts are available despite supply chain challenges encountered in today’s operating environment. Lockheed Martin’s approach to high-rate production eliminates chokepoints by quickly isolating problems on vehicles without stopping the work on other satellites. The combination of these approaches will help keep SDA’s aggressive delivery schedule on-time and on-budget.

Building on Success of Tranche 0

Lockheed Martin’s Tranche 1 agreement builds upon the company’s success on Tranche 0, where it is on-track to deliver 10 space vehicles later this year.

Tranche 0 represents the first step toward building an interoperable, connected secure mesh network. On orbit, it can enable Joint All-Domain Operations by linking nodes together, creating seamless connectivity between all domains.

Initially, the Tranche 0 constellation is expected to have a limited networked capability, but future enhancements from Tranche 1 and beyond will significantly increase the routing of data across a larger network of space vehicles.

The constellation will also have the capability to integrate with Link-16 and Tactical Communications. This integration on the Transport Layer will modernize current capabilities to better support warfighter needs for worldwide, timely threat warning and situational awareness information across a range of military operations.

Link-16 will connect to systems that include fighter aircraft like F-16, F-22, and F-35 and integrated air and missile defense capabilities like PAC-3 and THAAD, providing sensor-to-shooter targeting and situational awareness for tactical land and maritime warfighters.

Additionally, each of the Transport Layer satellites will be fully software-defined, using SmartSat, Lockheed Martin’s software-defined platform that makes it easier to dynamically add and quickly change missions in orbit through simple app uploads.