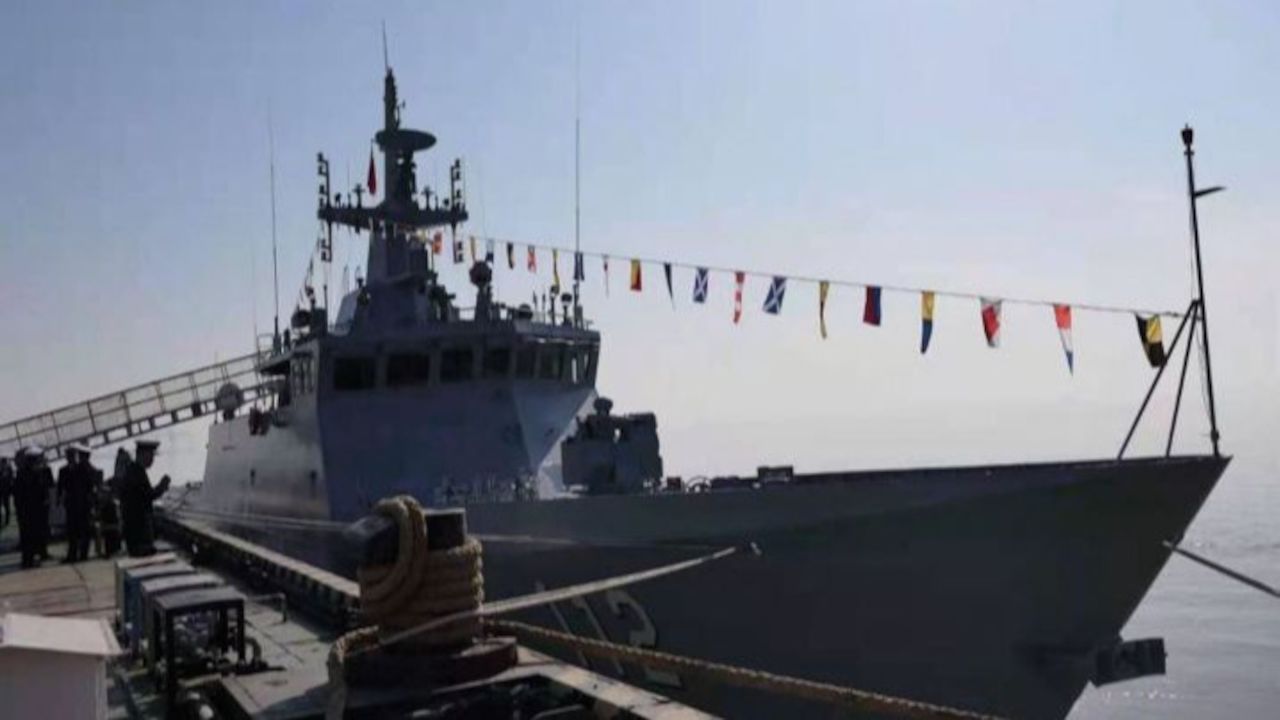 The vessel, Sundang 112, was inspected and received by the RMN’s three-member final acceptance committee in a handover ceremony on 14 January. The committee’s head, Captain Abdul Hadi Bin Abdullah, underwent a demonstration cruise on Sundang as part of the acceptance process, said the RMN on the same day.

Sundang is part of a four-vessel contract that was originally worth about MYR1.17 billion (USD290 million) and signed between the Malaysian government and China Shipbuilding Industry Corporation (CSIC) in 2017. The vessel was laid down in October 2018 and launched in July 2019.

The LMS, which has an overall length of 68.8 m, is armed with a CS/AN3 30 mm multi-purpose naval gun from the Chongqing Chang’an Industrial Group Limited in the primary position and two CS/LM6 12.7 mm heavy machine guns from the Sichuan Huaqing Machinery Company Limited.

Its sensors include the OFC-3 electro-optical tracking system (EOTS) from Huazhong Institute of Electro-Optics, the SR2405A air and surface search radar from the Nanjing Marine Radar Institute, and an electronic support measure (ESM) system from the Southwest Institute of Electronic Equipment of China.

Sundang was originally scheduled for delivery on 12 April 2020 but its build progress was delayed due to the Covid-19 pandemic, with work suspended between January and May 2020, said the RMN. The vessel is scheduled to depart for Malaysia in the third week of January and will be inducted at a commissioning ceremony at the RMN’s base in Kota Kinabalu, Sabah.