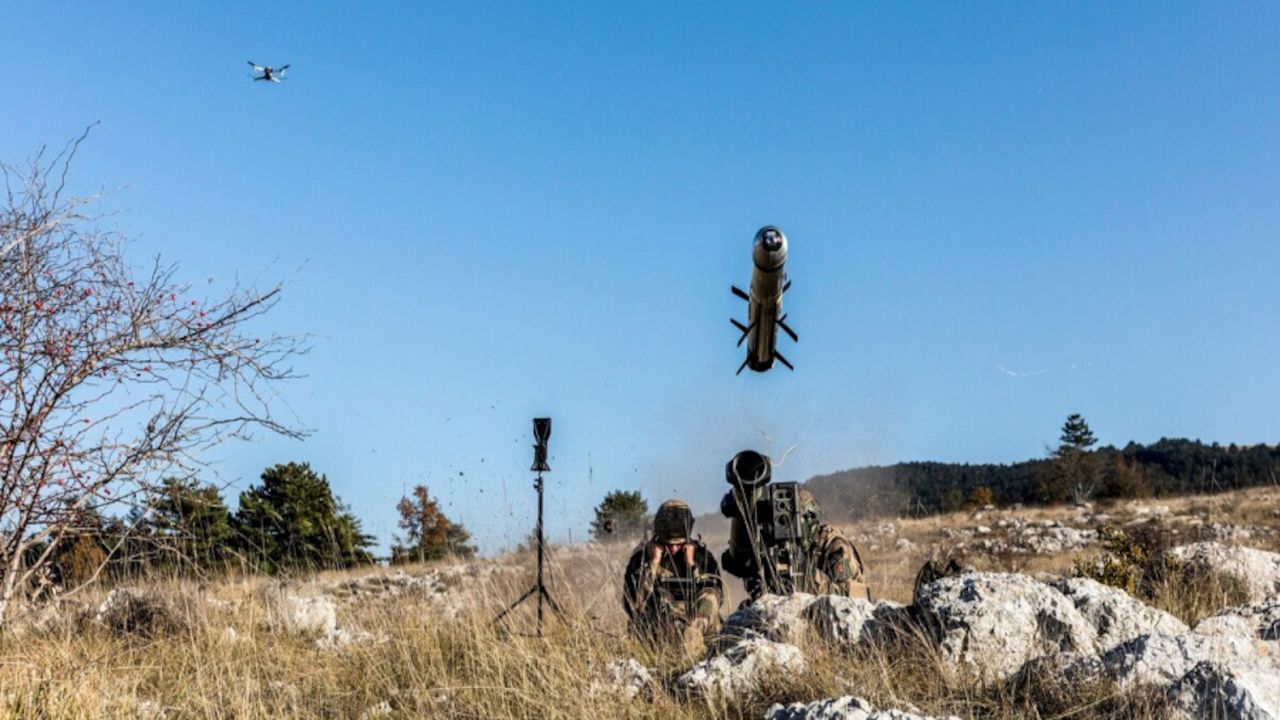 The test, undertaken at the Canjuers army testing ground in the south of France, was designed to represent an engagement “beyond line of sight” in the framework of the €6.5 million ($7.9 million) trinational (France, Belgium, Cyprus) LynkEUs program of the European Union.

This program aims for the ability to fire missiles at faraway targets using airborne and land-based robotic observation systems. MBDA leads the program that involves 10 companies and institutions.

A French Novadem NX70 drone was used to detect and identify a tank that was out of the drone operator’s sight. The target coordinates were then sent to the MMP, demonstrating that a target could be engaged without ever being in the direct line of sight of the weapon station. As the MMP can send a direct video image in real time during its flight, the images enabled the weapon operator to lock the missile onto its target.

Philippe Gouyon, MBDA’s military adviser, notes that “this demonstration concludes a tactical evaluation that has been ongoing for about a year with the French army and Novadem in order to explore all the capacities the system might offer, and thus enables MBDA to propose an MMP-drone solution to meet contact battle units’ requirements for beyond line of sight observation and target designation.”

He added, “We are very satisfied by the results of this evaluation which has allowed us to really understand the armed forces’ requirements so that we can finalize a system for beyond-line-of-sight target acquisition for offboard combat.”