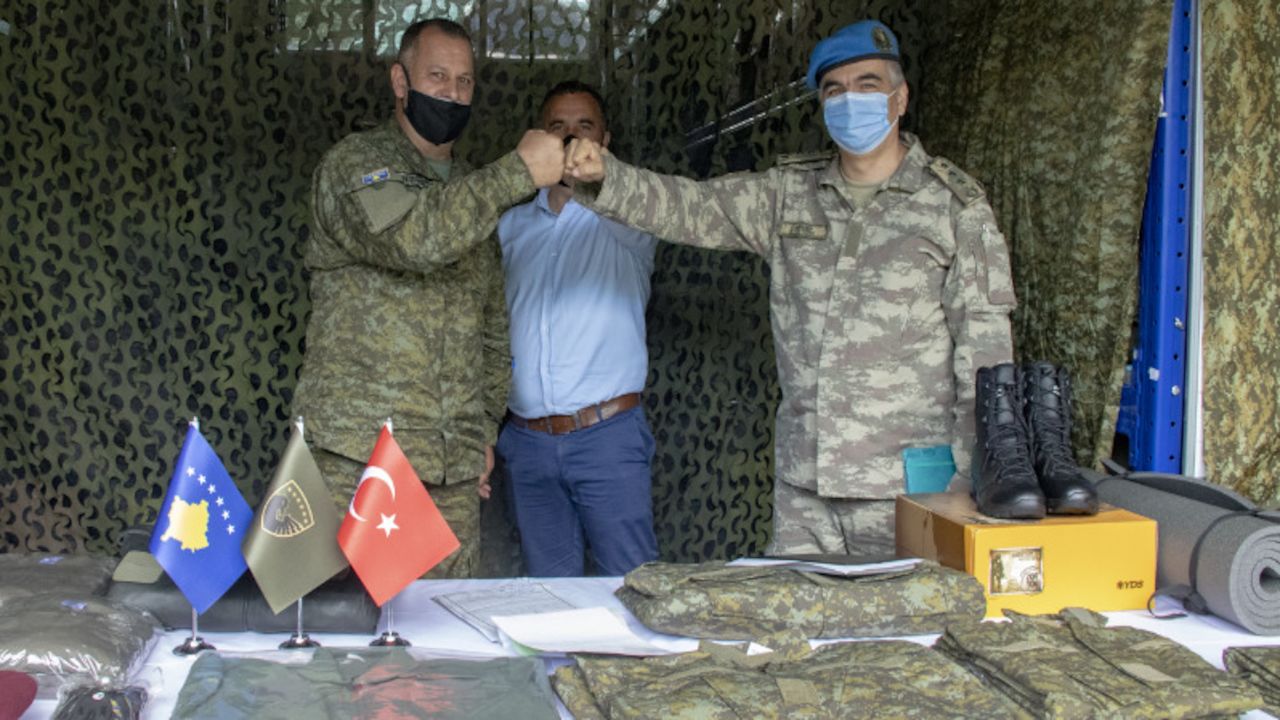 Within the scope of the Military Financial Cooperation Agreement between Kosovo and Turkey, personal equipment with a value of about $910 thousand were granted to the Kosovo Security Force by the Turkish Armed Forces.

Both Colonel İsmail Cenkeri Ersöz the Military Attaché of the Embassy of Turkey in Pristina and the Kosovo Security Force’s Logistics Officer Major Nazmi Zogaj attended the ceremony held at the “Adem Jashari” Barracks in Pristina, Kosovo Kosovo's capital.

Zogaj expressed his gratitude for the grant and the continuous support of both the Turkish army and the government to the Kosovo Security Force.

Under the agreement, personal equipment materials including military uniforms, pilot uniforms, camouflage, winter coats and other items were given to Kosovo as a grant with a value of $910 thousand dollars.

Under the Military Financial Cooperation Agreement signed during the visit of Minister of National Defense Hulusi Akar to Kosovo last year, military clothing, bedding and technical equipment worth $743 thousand were granted to Kosovo by the Turkish Armed Forces in August.