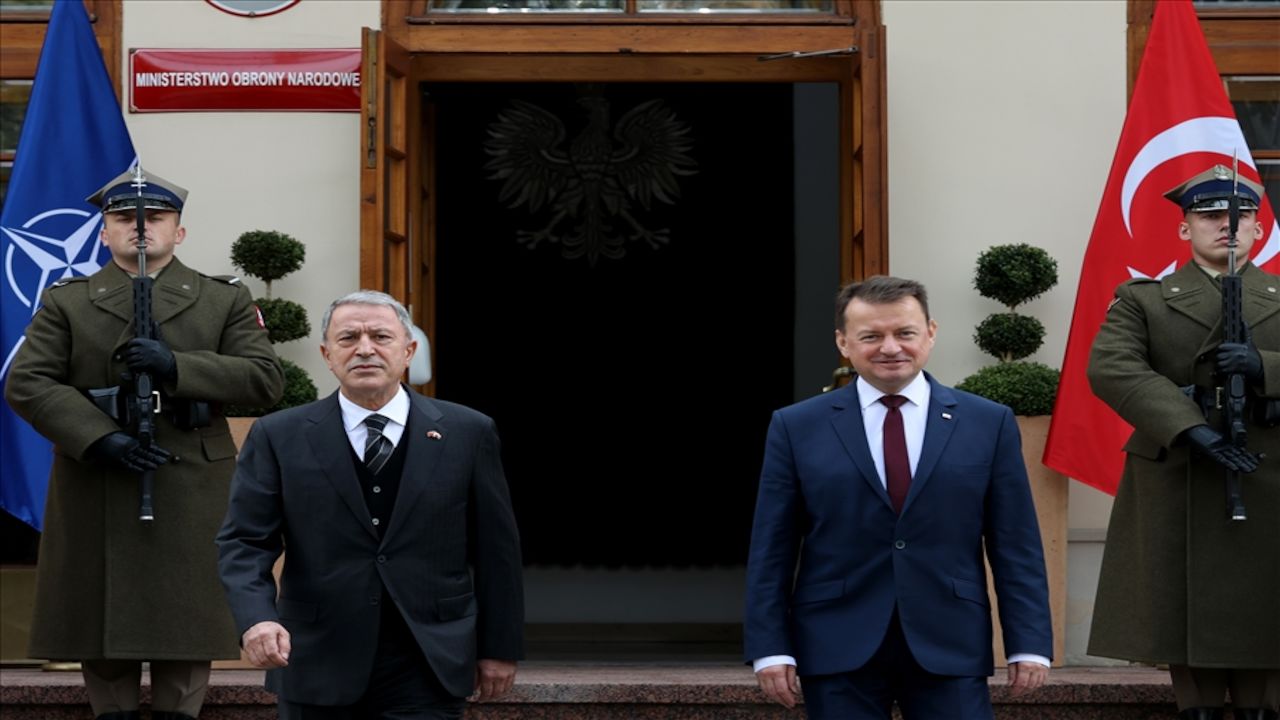 Turkey's Defense Minister Hulusi Akar met with his Polish counterpart Mariusz Blaszczak on Friday, during an official visit to the capital Warsaw.

Following the one-to-one talks, the two ministers chaired meetings between the countries' delegations.

Akar and Blaszczak held a joint press conference to point out the deep-rooted relations between Turkey and Poland and their strategic cooperation within NATO.

“We continue to do our best to further develop our studies as two NATO allies,” said Akar. “With the military framework agreement that we will sign in the coming days, our relations will accelerate.”

Stressing the potential of cooperation between Poland and Turkey in the fields of military training and defense industry, Minister Akar said: “I believe that the work we do with a very positive and constructive approach will make significant contributions not only for our countries but also for NATO.”

Akar also recalled that EU full membership is a strategic goal for Turkey and said: “I would like to thank Poland for its support in this matter.”

Defense Minister Mariusz Blaszczak expressed his pleasure in hosting the Turkish delegation in Poland and the meetings held.

Blaszczak noted that there are 600 years of historical relations between Poland and Turkey.

Stating that the military cooperation between Turkey and Poland is not limited to the defense industry, there is also important cooperation in the field of education, Minister Blaszczak expressed his belief that this will increase even more.

"Soon a delegation from Poland will go to Turkey again to purchase weapons systems and share technological experience," he added.