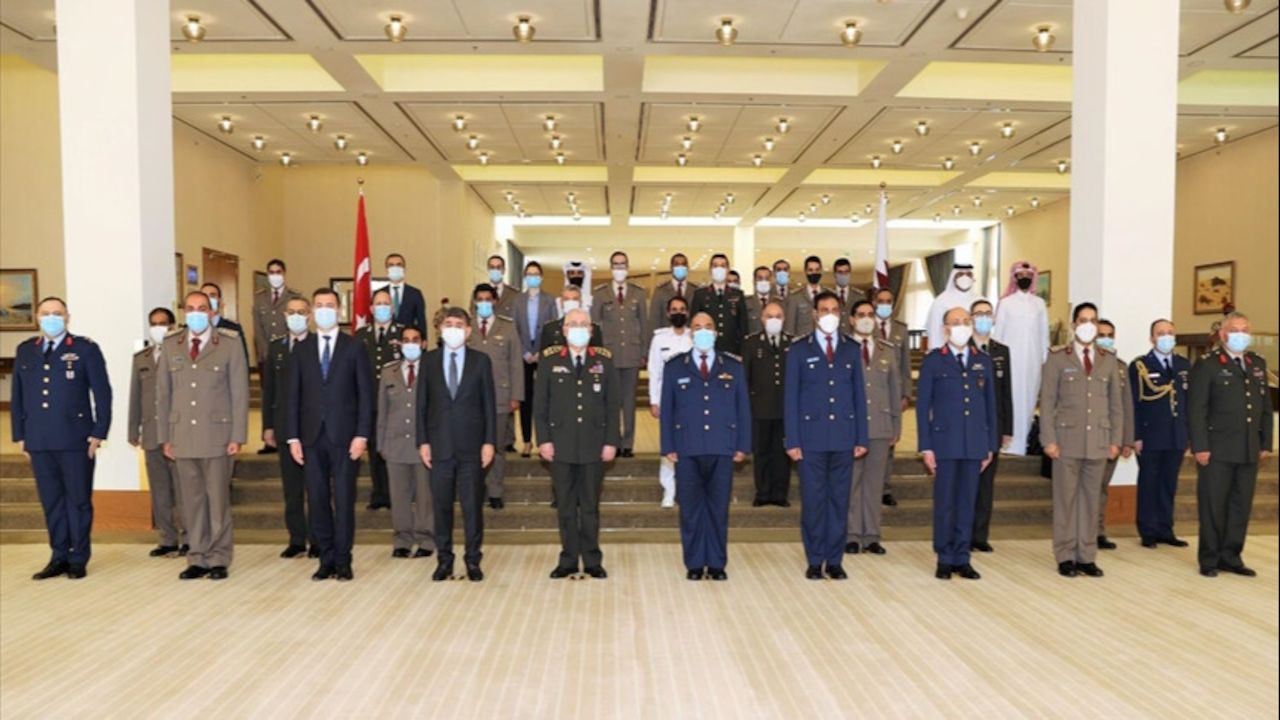 Today, Tuesday, the Qatari Ministry of Defense announced, through its official Twitter account, in a statement, the signing of a military cooperation agreement with Ankara.

According to the statement, the Chief of Staff of the Qatari Armed Forces, Ghanem Shaheen Al-Ghanem, met today with Yasser Guler, Chairman of the Turkish Joint Chiefs of Staff, and his accompanying delegation, who arrived in Qatar on an official visit.

The statement said that the two sides discussed issues of common concern and ways to enhance and develop them.

After the meeting, the two sides participated in the meeting of the Qatar-Turkey Joint Military Committee. The committee concluded its meetings after three days.

According to the statement, the two sides discussed bilateral cooperation plans and ways to develop them.

And finally, several cooperation agreements were signed with senior officials from Turkey and Qatar.

This announcement came as the Turkish Ministry of Defense announced, yesterday, that it is conducting a joint exercise between its armed forces and the Qatari forces in Doha.

The maneuver, which will be held in March of this year, aims to “participate in increasing the military capabilities of the Qatari Armed Forces.”

In mid-December, the combined Turkish-Qatari forces, as well as the Qatari special forces, conducted a counter-terrorism exercise.