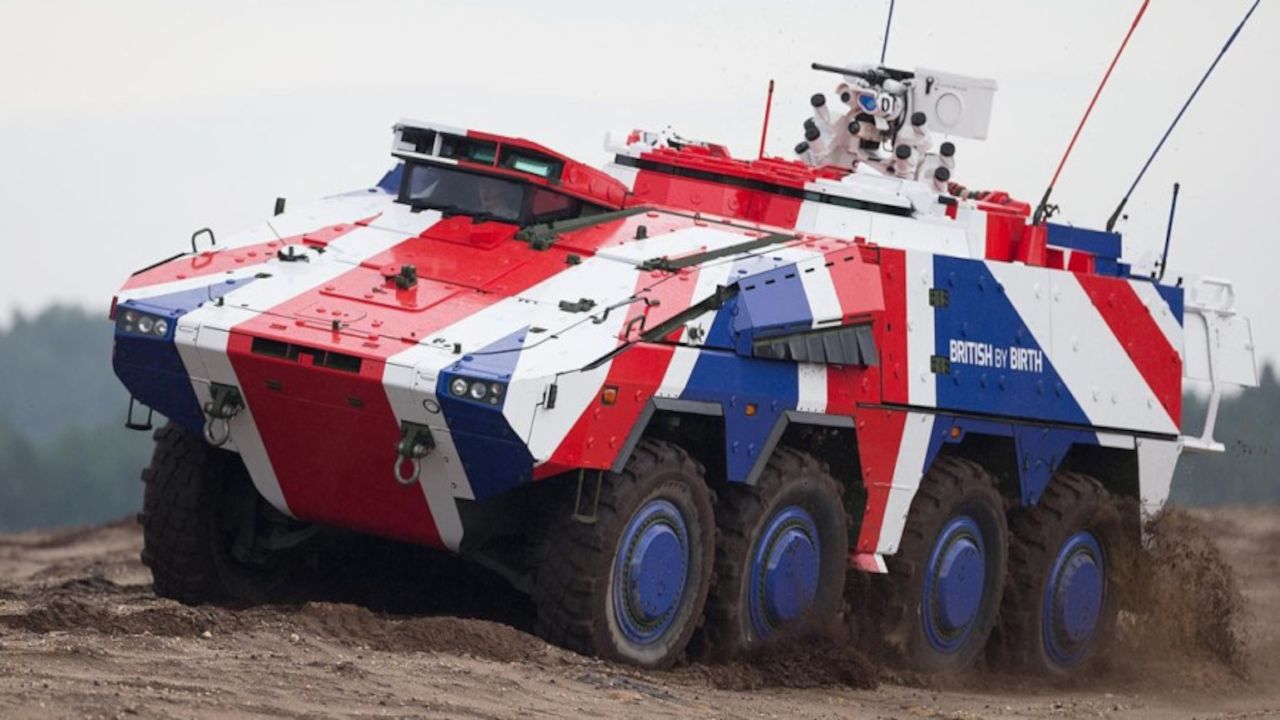 German defense manufacturer, Rheinmetall, announced in a press release that the series production of Britain’s Boxer Mechanized Infantry Vehicles (MIV) is going exactly according to plan at its Kassel plant.

Britain’s Boxer programme is on a roll: exactly according to plan, welding work began today for the fabrication of prototypes and subsequent series production of the Mechanized Infantry Vehicle. Under the aegis of Artec GmbH, a joint venture of Rheinmetall and Krauss-Maffei Wegmann (KMW), this vital British wheeled armoured vehicle project is thus entering a decisive phase. Development of the four British configurations of the tried-and-tested 8x8 fighting vehicle began at the end of 2019. First milestones were already achieved in autumn 2020. As to the modular design of the Boxer vehicle the MIV Programme made use of already qualified solutions and design where ever possible. Therefore production of the first parts can be started already now.

Contracted by Artec, Rheinmetall will develop and fabricate first prototypes at its plant in Kassel, Germany. The prototypes will have content supplied by the United Kingdom, such as the remotely controlled weapon stations, generic vehicle architecture components, the local situational awareness system or the vehicle emergency lighting system. In addition, the first series vehicles will also be produced in Kassel.

Though series production will begin in Germany, the bulk of manufacturing activity will move to the United Kingdom in 2023, principally at the British plants of Rheinmetall BAE Systems Land (RBSL) and the KMW subsidiary WFEL. The vast majority of Boxer vehicles destined for the British Army will be built in the UK. Rheinmetall’s Kassel plant is actively pursuing the transfer of know-how – specifically its special welding expertise – to British colleagues at RBSL.

In total, the British Army is procuring over 500 Boxer vehicles, including Infantry Carrying Vehicle, Command & Control, Field Ambulance and Specialist Carrier variants. Delivery of the highly protected 8x8 armoured vehicles is slated to begin at the end of 2022.

Britain decided in 2019 to return to the family of Boxer user nations. In November of that year, the British Ministry of Defence placed an order to this effect with Artec GmbH via the European armament agency OCCAR. The order is worth around €2.6 billion (£2.3 billion). Artec GmbH is a consortium of Rheinmetall and Krauss-Maffei Wegmann (KMW). It will carry out the project on behalf of the British armed forces, with 50 percent of total order volume accruing to each partner.

The Boxer – versatile and battle-tested

The Boxer is a heavily protected 8x8 wheeled armoured vehicle. Its modular architecture enables a variety of variants unmatched by any other vehicle system. This multifaceted diversity underlies the Boxer’s rapid growth. Already today, new variants and upgrades are being planned. To date, some 1.200 vehicles in more than 20 different configurations are under contract by four NATO nations: Germany, the Netherlands, Lithuania and the UK. Moreover, Australia – a close partner of NATO – has ordered a total of 211 Boxer vehicles in several different versions.