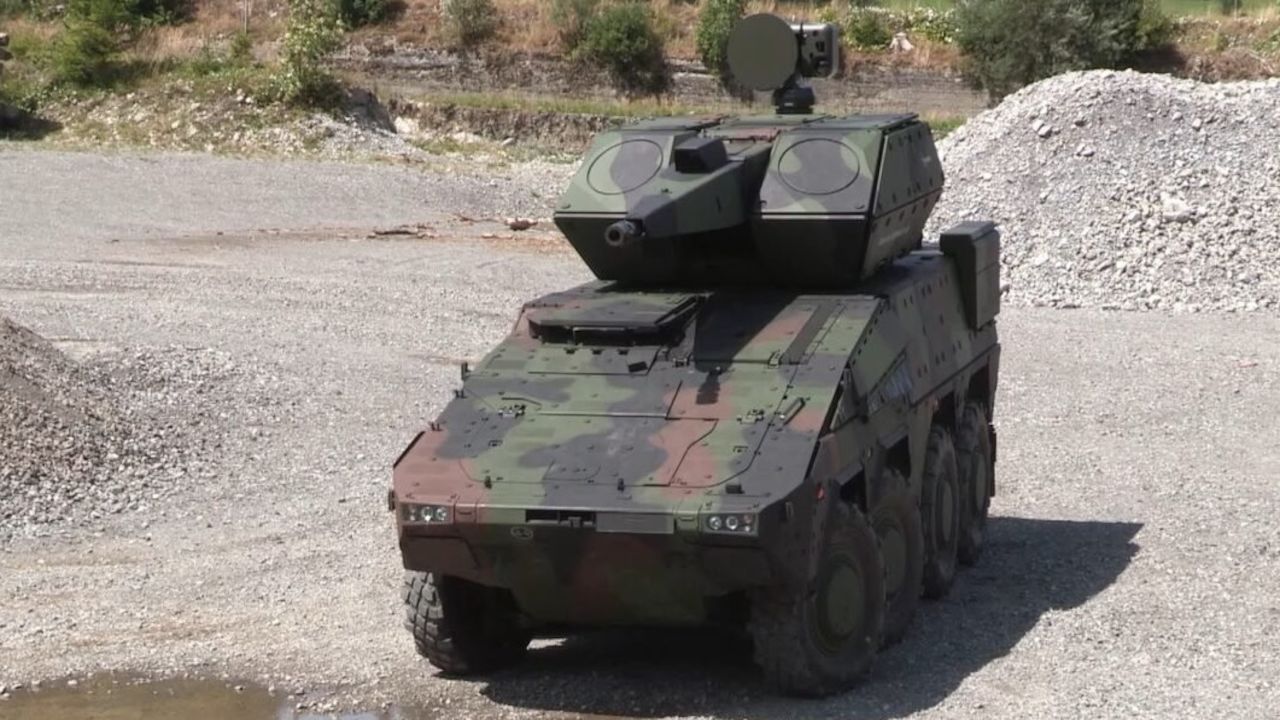 German weapons maker Rheinmetall on Friday has shared the video of its mobile ground based air defense (GBAD) system, called the Oerlikon Skyranger 35.

The Oerlikon Skyranger 35 is a new air defence system, which can be deployed against air targets at short and very short ranges and against ground targets.

According to the company, the Skyranger is equipped with state-of-the-art search and tracking sensors, which provide seamless 360° air and ground surveillance and accurate fire control data. The integrated 35 mm Oerlikon Revolver Gun provides ultimate firepower and precision. Combined with the Oerlikon Ahead Air Burst Technology an engagement against current and future air threats is highly effective.

The Oerlikon Skyranger is based on the Boxer platform and designed first and foremost for short- and very short-range mobile, ground-based air defense. It can shoot down incoming rockets as well as mortar rounds – but also unmanned aerial systems, including the low, slow and small kind, e.g. quadrocopter drones; it is also highly effective against low-flying aircraft.

The heart of the new Oerlikon Skyranger Boxer is the air defense module, equipped with an Oerlikon Revolver Gun Mk3 turret. The system features an integrated sensor unit with X-band tracking radar and electro-optical sensors as well as electronic warfare components. This enables swift, autonomous engagement of externally assigned targets. The Skyranger can receive and process target data from both 2D and 3D search radars.