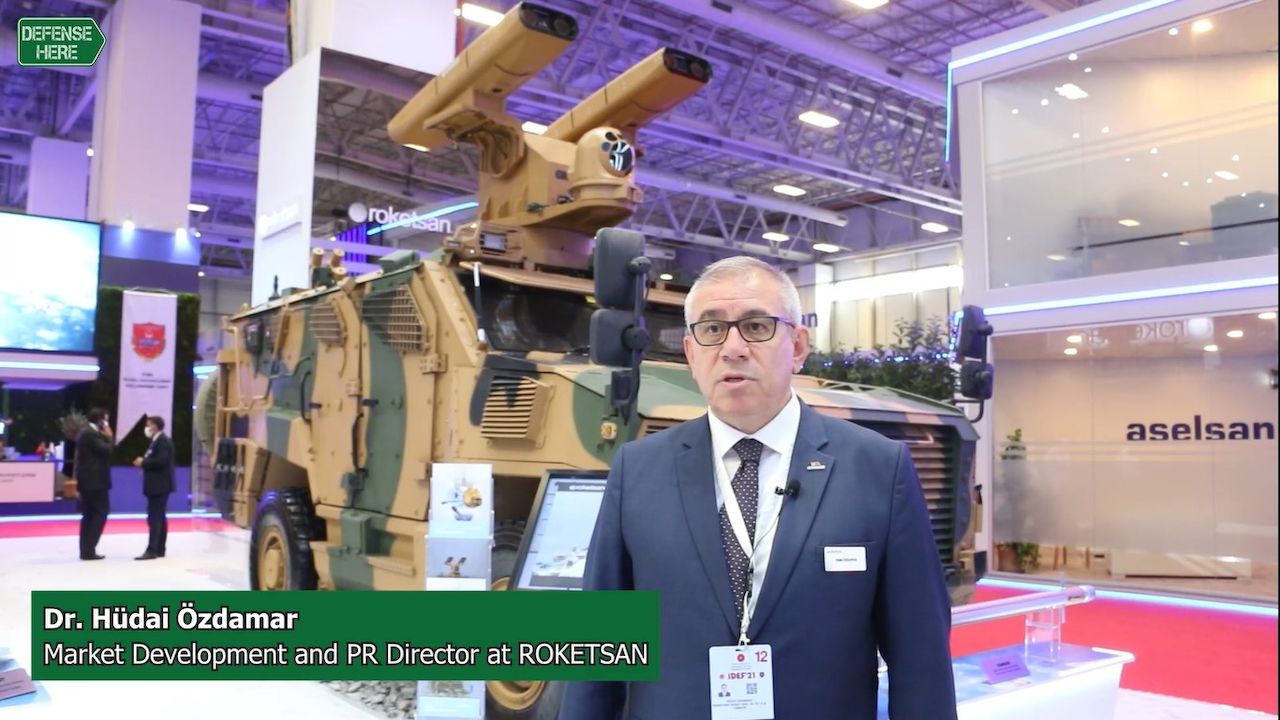 Hüdai Özdamar, the market development and PR director of Roketsan, explained that Sungur can be used in countering any threat at 8 kms range and he added that can be fired not only from turrets mounted on a vehicle but also manpad (Man-portable air-defense) systems.

"That system can also be integrated into navy vessels," he further explained.

Adding that the naval version of the system is named Levent, Özdamar noted that the new system is compact and that consists of a container that carries several missiles and one turret.

"It gives the ability to protect navy vessels from threats coming from low altitude," he added.