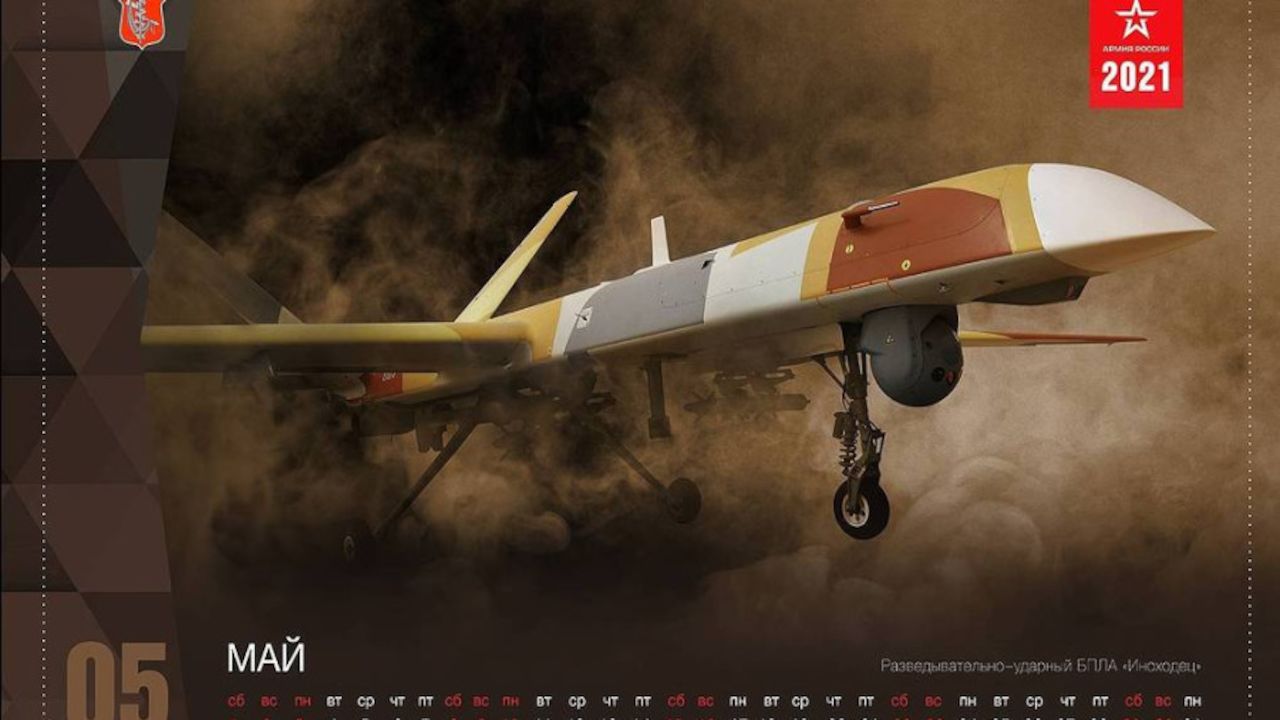 Russia’s Defense Ministry presented two 2021 calendars, with one of them showing the Orion long-range drone in its strike and reconnaissance version (the ‘Inokhodets’ experimental design work) for the first time.

"The Defense Ministry of Russia shows the ‘Inokhodets’ reconnaissance and strike unmanned aerial vehicle," the ministry said in a statement.

In the photo, the drone is shown with beam holders under the wings for fastening the armament and the attached ammunition. The drone has a desert camouflage color.

The Orion (the ‘Inokhodets’ experimental design work) is a medium-altitude, long-duration unmanned aerial system with a maximum take-off weight of 1 tonne and a maximum payload weight of 200 kg. The drone has a service ceiling of 7.5 km and its flight endurance is 24 hours with the standard payload. It can develop a speed of up to 200 km/h.

The calendars can be downloaded on the ministry’s website.