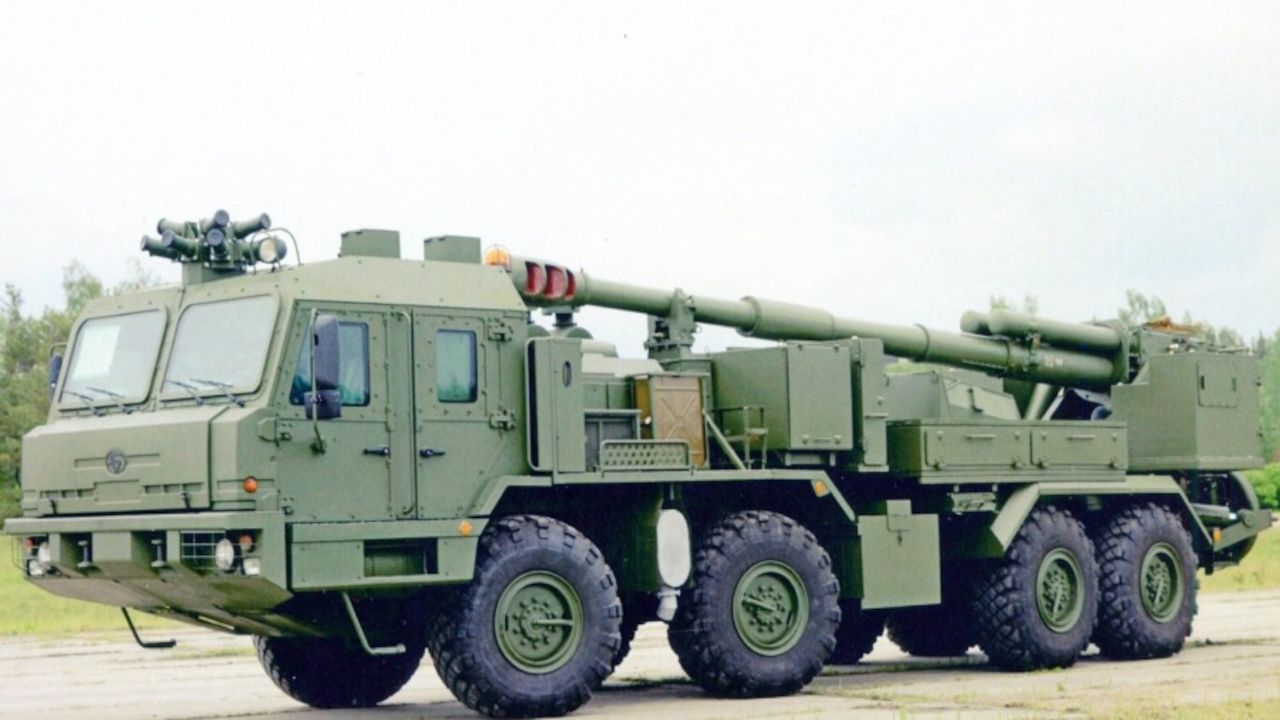 Russian state media is reporting that the 2S43 Malva self-propelled artillery system on the wheeled chassis will begin testing this year.

Currently, the schedule of work on the newest self-propelled artillery system 2S43 Malva has been approved.

A report from the Russian newspaper Izvestia stated that the document was prepared at the end of last year. According to this schedule, the developers of the unique howitzer, as part of the development work (ROC) “Nabrosok” by the end of 2020, were to conduct the first firing. Testing is expected to begin in spring or early summer this year.

The new Malva self-propelled artillery gun based on the wheeled chassis of the BAZ 8×8 platform.

The primary weapon is a 152mm cannon, equipped with a muzzle brake and a recoil system. The ammunition capacity of the self-propelled gun is 30 shells and the maximum firing range is approximately 24.5 km.

The 32t vehicle is operated by five crew members, the driver, the commander, and three gunners.