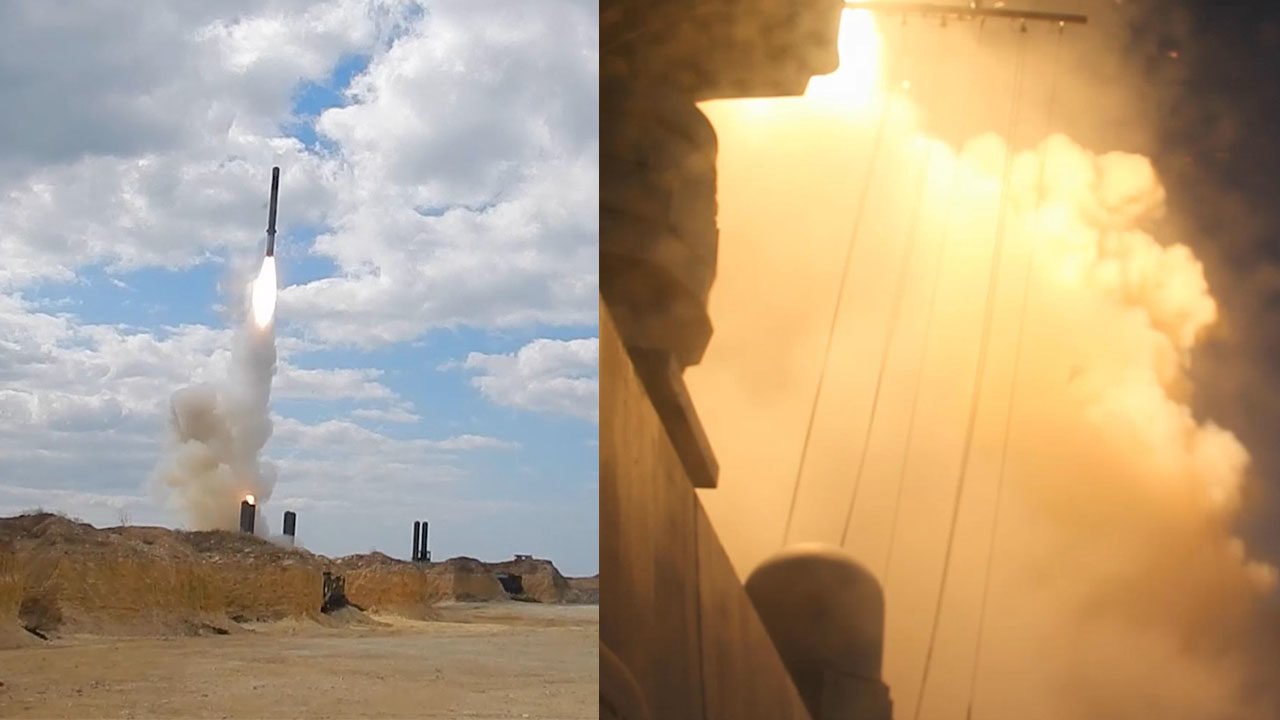 The ministry stated that eight missiles were launched from a guided-missile warship near Sevastopol and three Bastion missiles were fired from coastal defense systems at targets belonging to the Ukrainian forces.

This is the first time the launch of these missiles were released by Russia. The Kalibr cruise missiles are a family of ship-launched, submarine-launched and air-launched missiles. The missiles have a claimed range between 1,500-2,500 km.