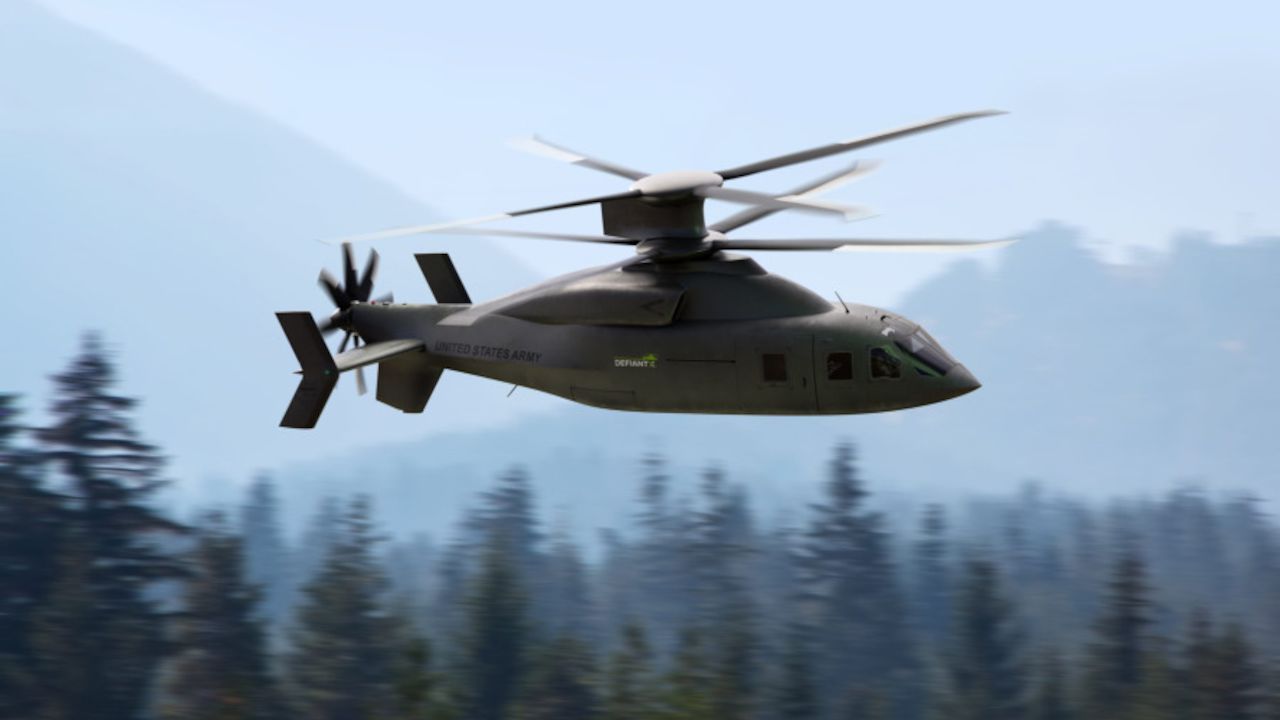 Sikorsky, a Lockheed Martin Company and Boeing gave details in a press release on its advanced helicopter for the U.S. Army’s Future Long Range Assault Aircraft competition, known as FLRAA. The aircraft, named DEFIANT X, will be the fastest, most maneuverable and most survivable assault helicopter in history. Combined with the team’s unsurpassed experience in mission systems, training and sustainment, it will revolutionize the way the Army meets threats in 2035 and beyond.

DEFIANT X is a complete weapon system that builds on the handling qualities and transformational capabilities proven by the team’s technology demonstrator, SB>1 DEFIANT®. With unmatched range and survivability, DEFIANT X will to fly low and fast through complex terrain, land quickly, deliver soldiers and equipment to the objective area (referred to as “the X”) and get out.

DEFIANT X flies twice as far and fast as the venerable Black Hawk helicopter it is designed to replace. Currently undergoing testing in a digital combat environment, the aircraft continues to prove itself the most survivable platform for mission requirements.

“We are ready to deliver unparalleled capabilities backed by proven technologies that will truly transform the Army’s mission today – with room to grow and adapt to the missions of tomorrow,” said Andy Adams, Sikorsky vice president of Future Vertical Lift. “DEFIANT X not only includes the transformational aircraft, mission systems and revolutionary sustainment solution, but also leverages Sikorsky’s and Boeing’s advanced manufacturing capabilities.”

“DEFIANT X is purpose-built for a modernized Army that requires expanded reach, survivability and lethality,” said Steve Parker, vice president and general manager of Boeing Vertical Lift. “This weapon system will give soldiers unequaled technological advantage and connectivity over adversaries in a multi-domain battle space.”

The Army is expected to release a request for proposal on FLRAA later this year, with a contract award expected in 2022.