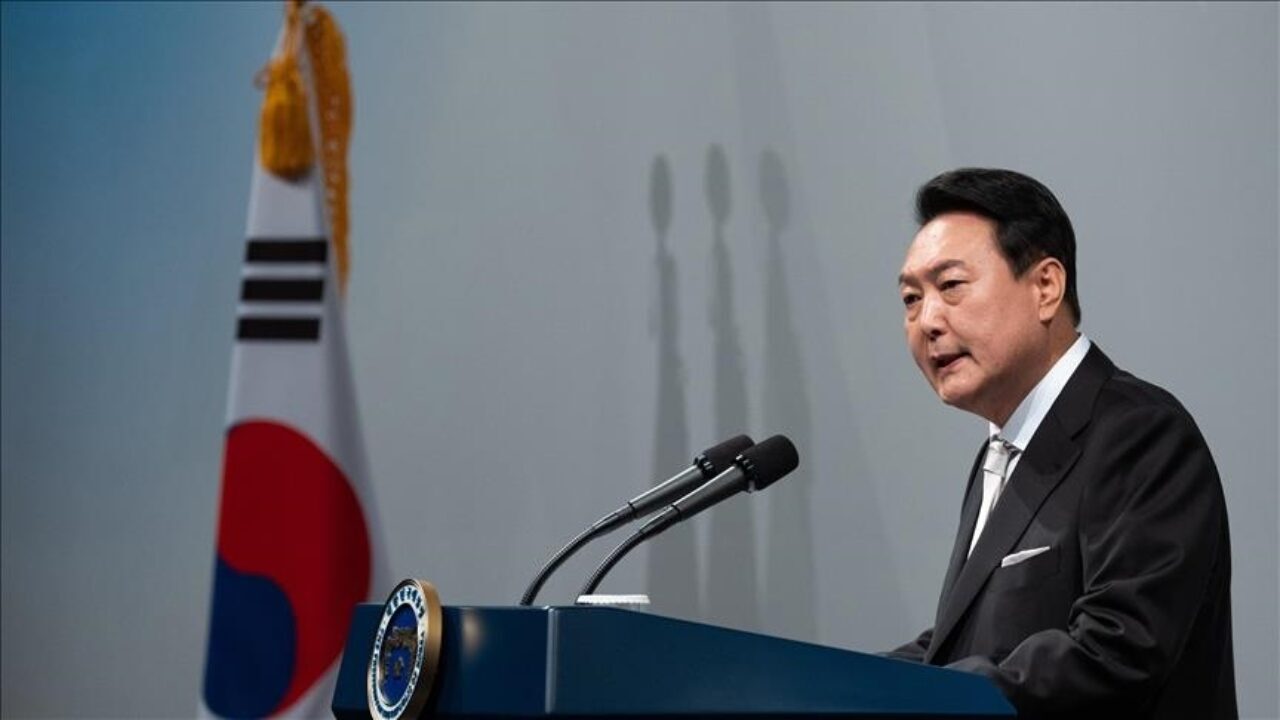 South Korea’s president on Tuesday warned that North Korea is posing a threat to the world by steadily developing and advancing its nuclear weapons.

Talking with reporters in Seoul, President Yoon Suk-yeol said Pyongyang has nothing to gain from its move to develop nuclear weapons, according to Yonhap News Agency.

"North Korea is steadily developing and advancing its nuclear weapons and threatening not only the Republic of Korea but the world, but I believe it has nothing to gain from nuclear weapons," the agency quoted Yoon as saying.

His remarks came a day after North Korea announced that it carried out two-week-long military exercises by mobilizing "tactical nukes" and again rejected any dialogue with South Korea and the US.

Yoon also assured his public to not worry. However, he said that the nuclear threat is growing serious by the day and his country will be ready to respond to it along with the US and Japan.

On Monday, the country’s opposition leader Lee Jae-myung criticized the joint military drills with the US and Japan and called it a move to legitimize Japan's Self-Defense Forces as a regular military.

“We cannot imagine the day when the Japanese military invades the Korean Peninsula and the Rising Sun Flag again hangs over the peninsula but it could come true,” the agency quoted Lee as saying. He warned such a military alliance could push the region to a flashpoint.

However, President Yoon dismissed the opposition leader’s concerns and said: “What concern can be justified before the threat of nuclear weapons? That's what I think.”

Tensions on the peninsula rose in 2020 when North Korea attacked and blew up the inter-Korean liaison office along the border. Seoul has threatened a strong response if Pyongyang "further worsens the situation."

On Monday, South Korea urged North Korea to “immediately stop missile provocations that escalate tensions on the Korean Peninsula and in the region,” and said they would continue efforts to ease tension through dialogue and diplomacy.

However, North Korean leader Kim Jong-un again rejected any dialogue with the US and South Korea.

“The enemies have still talked about dialogue and negotiation while posing military threats to us, but we have no content for dialogue with the enemies and felt no necessity to do so,” Kim said on Monday.