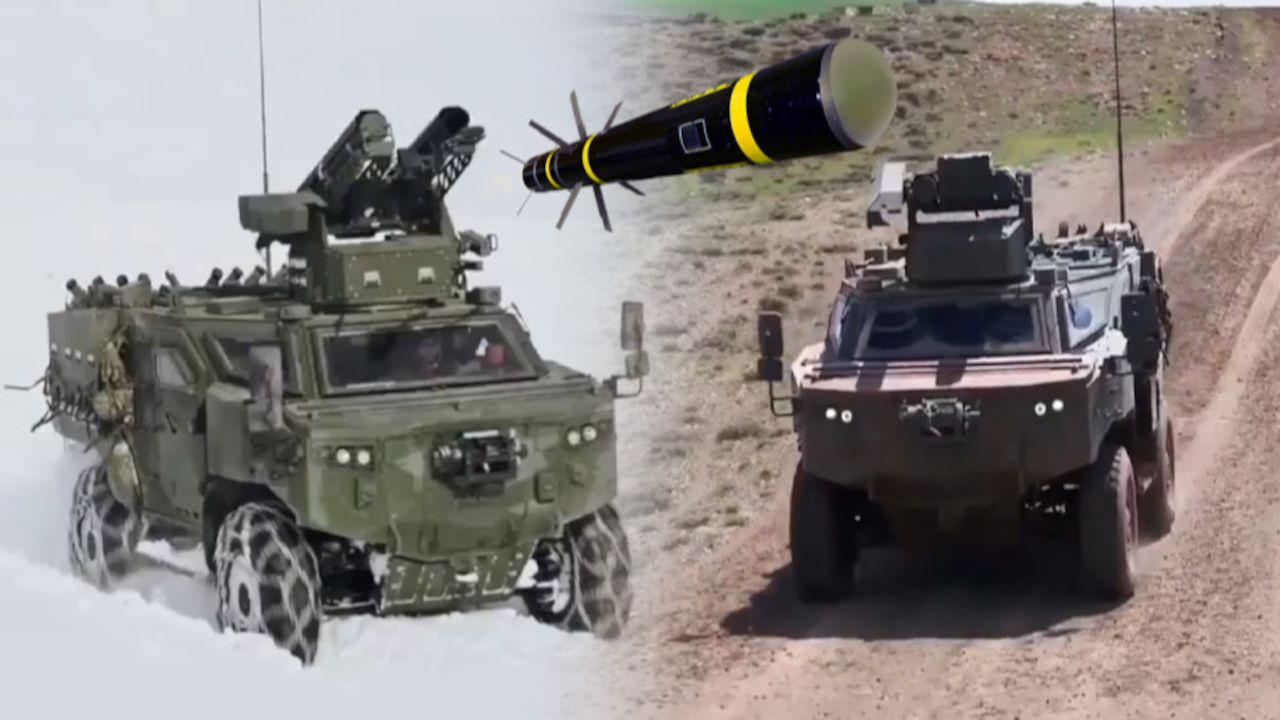 The announcement was made in tweet by Ismail Demir, the President of the Presidency of the Turkish Defence Industries (SSB): "Within the scope of our Weapon Carrier Vehicles (WCV) project, we are proceeding with the deliveries of the ROKETSAN OMTAS missile carrying, FNSS produced, KAPLAN and WCVs."

The KAPLAN ANTI-TANK is a new generation armored fighting vehicle that has the ability to move together with main battle tanks, taking a 21 Hp/ton power-to-weight ratio. KAPLAN ANTI-TANK platform design enables all kinds of missions to be performed by integrating different subsystems.

The PARS 4X4 has been designed to undertake special operational roles such as advanced surveillance, antitank and command and control.

The PARS 4X4 has a power-to-weight ratio of 25 Hp/ton, a low silhouette and amphibious capabilities. The vehicle with its crew of 4 can operate in deep and fast flowing water without any preliminary preparation. Two propellers located at the rear provide the vehicle’s enhanced maneuverability in the water.

OMTAS is a medium range anti-tank weapon system, effective against armored threats on the battlefield. Its Imaging Infrared Seeker permits its use at day and night, and in adverse weather conditions. The OMTAS Weapon System is composed of a missile, launching platform and a fire control unit, carrying cases and training simulator.