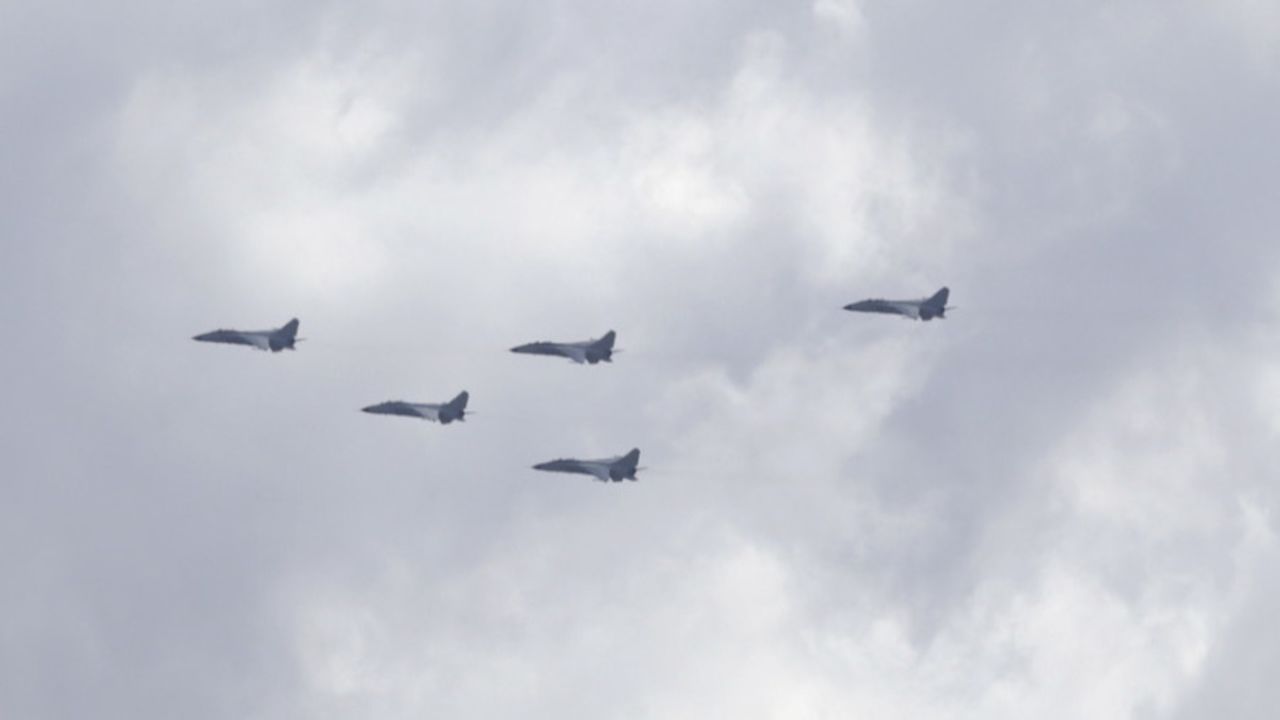 Taiwan’s government has reported that 28 Chinese planes, including fighter jets and nuclear-capable bombers, entered its air defense identification zone (ADIZ) in the largest ‘incursion’ to date.

In a statement released on the Taiwan Ministry of National Defense website, the nation outlined the alleged violation of its ADIZ by the Chinese Communist People’s Liberation Army, which reportedly included fourteen J-16 and 6 J-11 jet fighters, as well as anti-submarine aircraft and nuclear-capable bombers.

Taiwan, which China considers an integral part of the country, has reported an increase in China’s fly-overs in recent months, including 25 PLA planes entering the ADIZ in April, days after 10 jets had entered the island’s defense area.

Beijing has not yet acknowledged the reported activity, but it comes days after the G7 group of leaders released a joint statement “calling on China to respect human rights and fundamental freedoms.” The G7’s remarks were seen as directly referring to China’s behavior around the South China Sea and Taiwan.

China responded to the G7’s statement on Monday, expressing its “strong dissatisfaction” with the criticism, which Beijing claimed was a “serious violation of the basic norms of international relations.” Addressing the concerns raised by the G7, China defended its actions, claiming it “will resolutely defend national sovereignty, security and development interests.”

Earlier in June, China and the United States clashed over a visit to Taipei by three American senators on a military transport plane. The two Democrats and one Republican met with Taiwanese officials during a three-hour trip to the island, in what the Chinese Defense Ministry described as a “political show” and “vile political provocation.”