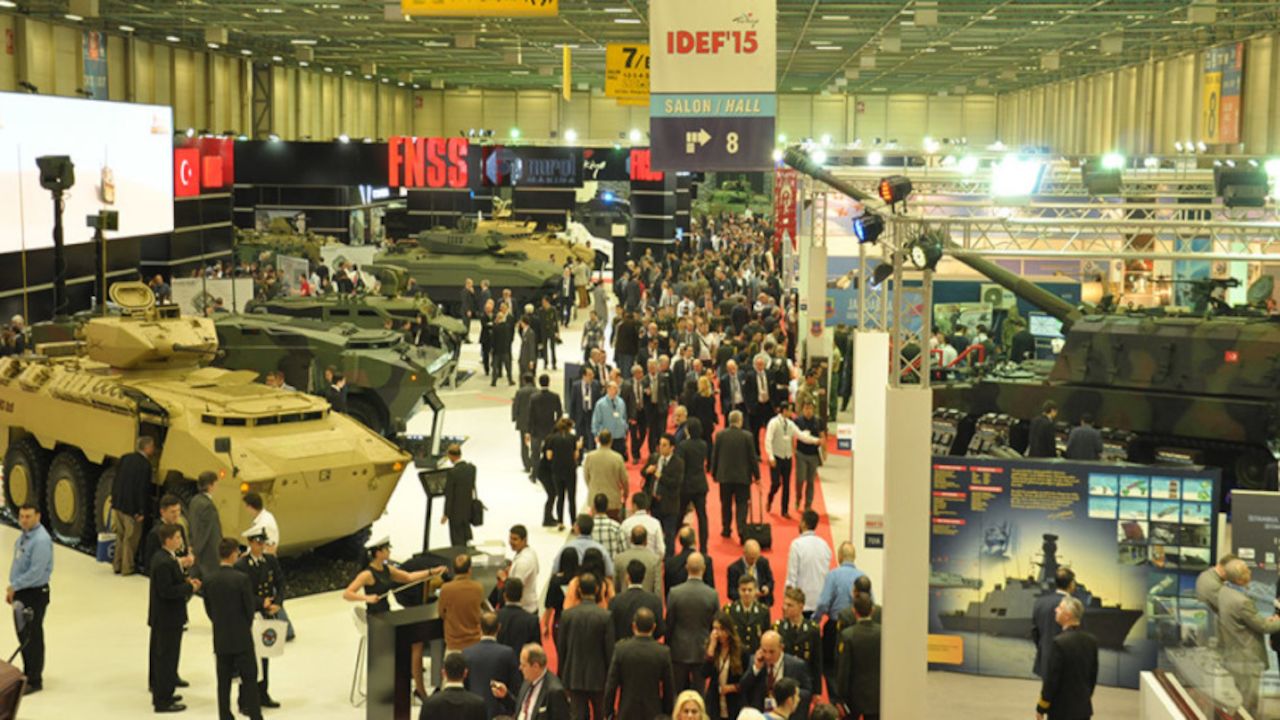 Under the auspices of the Presidency of the Republic of Turkey, hosted by the Ministry of National Defense and under the management and responsibility of the Turkish Armed Forces Foundation, IDEF 2021, 15th International Defense Industry Fair, organized by TÜYAP Fairs and Exhibitions Organizations Inc. will be held on between 25-28 May 2021 at TÜYAP Fair and Congress Center.

International Defense Industry Fair (IDEF), which is one of the 5 biggest defense industry fairs in the world and where Turkish defense industry products are showcased, received a passing grade in 2019 from visitors and exhibitors.

The opening was done by President of Republic of Turkey, Recep Tayyip Erdoğan. IDEF 2019 hosted 151 delegations and 587 delegation members active in the defense field from 70 countries and 3 international organizations. 15 Ministers, 13 Chiefs of General Staff, 15 Deputy Ministers, 4 Deputy Chiefs of Staff, 6 Force Commanders and 13 Undersecretaries and many civil and military procurement authorities was attended the Fair.

In the fair, which hosted 1068 companies and company representatives, 485 local and 583 foreigners from 53 countries, important commercial connections were established in meetings between local and foreign participating companies and delegations, and 2,700 appointment meetings, stand visits and 109 signature ceremonies were realized.

With the intensive attention of visitors, 76.010 domestic and foreign professionals from 99 countries visited the show.

Domestic and foreign defense industry products were exhibited in an area of 120 thousand square meters, followed by 396 press members from 26 countries.