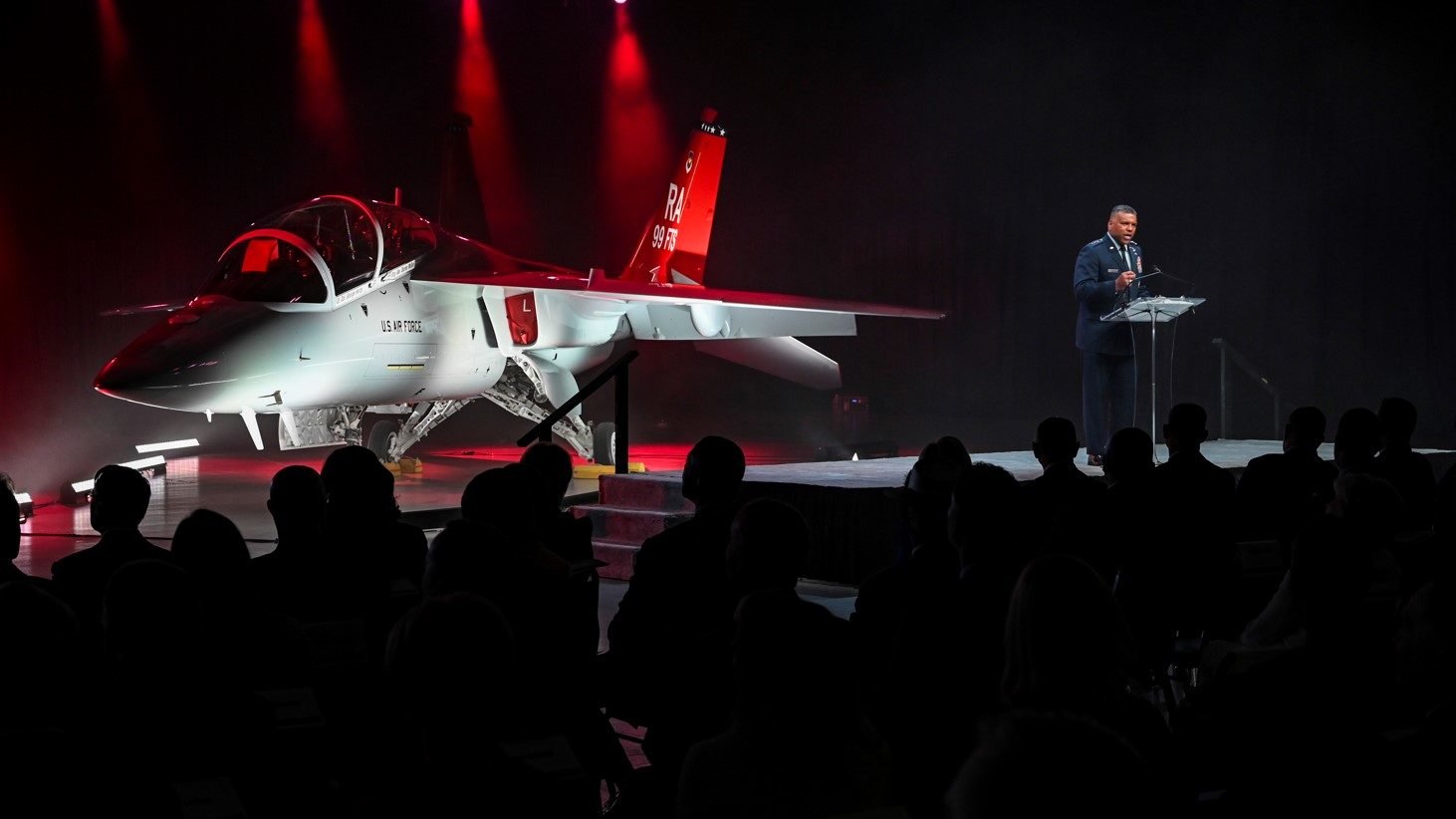 This is the first of 351 aircraft to be delivered to the US Air Force under terms of a $9.2 billion contract awarded to Boeing in September 2018.“Today we honor the heroes of our past, while also looking toward our future as an Air Force on an incredible pace of change, innovation and progress,” said Lt. Gen. Richard Clark, U.S. Air Force Academy superintendent.

The production aircraft sport the iconic “Red Tail” symbol of the famed Tuskegee Airmen of World War II. The Red Hawk name is derived from the Curtiss P-40 Warhawk, one of the aircraft flown by the 99th Fighter Squadron, the U.S. Army Air Forces’ first African American fighter squadron.

Attending the ceremony was retired Lt. Col. George Hardy, a Tuskegee Airman, along with Yvonne and Ron McGee, children of the late Brig. Gen. Charles McGee.

“With this roll out, we honor our storied history and the heroes who wrote the chapters,” Clark said, “and we usher in an exciting new era of aviation and a new generation of heroes who will write the next chapters.”

The aircraft, along with simulators and associated ground equipment, will replace Air Education and Training Command’s aging fleet of T-38C Talon aircraft.

Quality has always been and remains the top priority for Air Education and Training Command, Lt. Gen. Brad Webb, commander of AETC, said. “The T-7A aircraft and accompanying ground systems will help us meet the Air Force’s mission and prepare aircrew to fight future threats. Getting the T-7A into the hands of our instructors, students and maintainers is important to our initiatives in transforming pilot training to ensure the highest caliber of pilots are ready for future conflict.”

The Red Hawk, a joint effort between Boeing and Saab, is the first Air Force aircraft to use digital design tools to allow it to move from computer screen to first flight in 36 months.

Going forward, the aircraft will perform a series of ground checks and taxi tests before making its first flights in the coming weeks. Later this year, it will fly to Edwards AFB, California to begin flight tests.