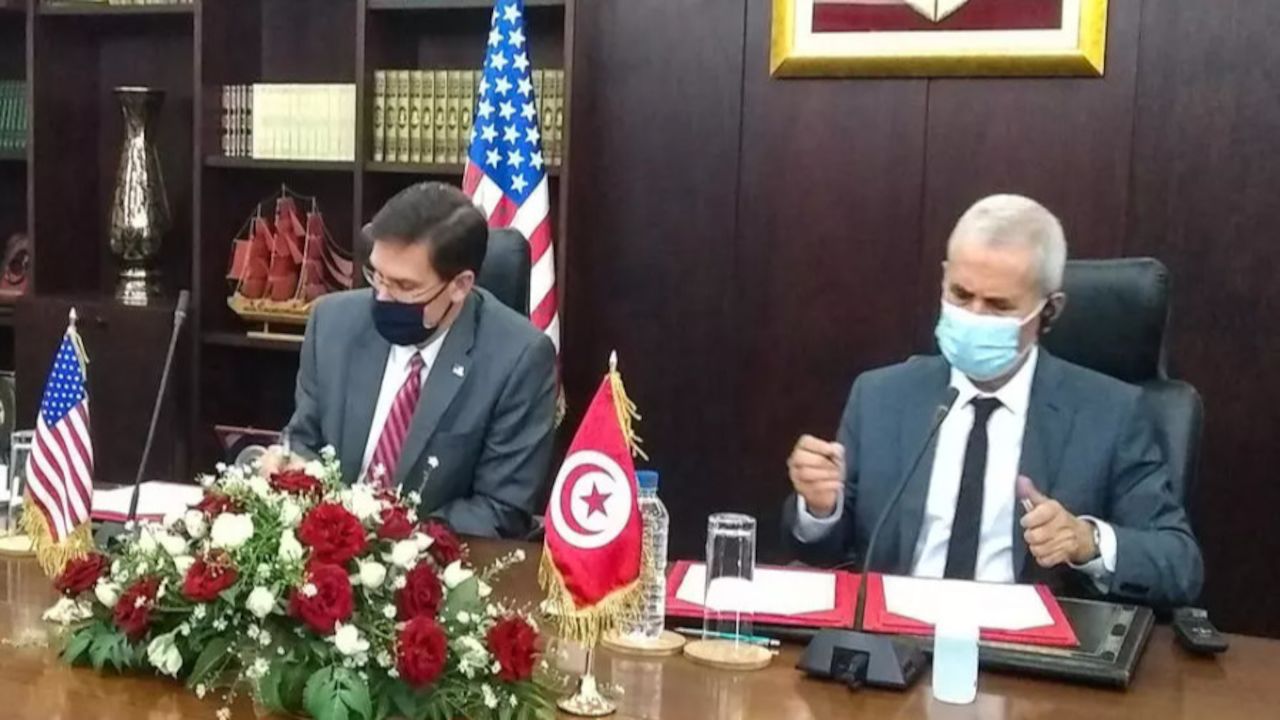 US Defence Secretary Mark Esper signed a 10-year military cooperation deal with Tunisia on Wednesday during his first stop on a regional tour, hailing US-Tunisian collaboration over the conflict in neighboring Libya.

The past decade has seen growing cooperation between the US Department of Defence and Tunisia, particularly on counter-terrorism training and securing the North African country's long border with Libya, where jihadist groups operate and world powers back rival sides in a complex war.

"We look forward to expanding this relationship to help Tunisia protect its maritime ports and land borders, deter terrorism and keep the corrosive efforts of autocratic regimes out of your country," Esper said in a speech after meeting President Kais Saied.

Speaking at a cemetery in Carthage housing the remains of over 2,800 American soldiers, mostly killed in World War II, Esper warned of the worldwide threat posed by "violent extremists".

The US Defence Secretary also accused China and Russia of continuing "to intimidate and coerce their neighbors while expanding their authoritarian influence worldwide, including on this continent."

The two sides regularly hold joint exercises, and since 2011 Washington has invested more than $1 billion in the Tunisian military, according to the US Africa Command, Africom.

The deal signed on Wednesday, full details of which have not been disclosed, lasts a decade and covers training and after-sales service of sophisticated American weapons, said officials in Esper's entourage.

Tunisia in 2016 denied a Washington Post report that it had allowed the US to operate drones from its territory for missions in Libya against the Islamic State jihadist group.

But a court martial in 2017 in a case of sexual harassment by an American officer, reported in the US defence press, publicly confirmed the presence of an American squadron operating drones from within a Tunisian base in the northern region of Bizerte.

The US has "regained interest" in longtime allies Tunisia and Morocco, Tunisian analyst Youssef Cherif said, citing the growing presence of jihadist groups in Libya and the Sahel region since the fall of former Libyan dictator Muammar Gaddafi.

"But Tunisia does not seem to have given its approval to use its airspace and its territory to conduct attacks," he told AFP.

In May, the head of Africom said the US would send more troops to the country in light of the deteriorating situation in Libya, triggering an outcry in Tunisia.

Africom later clarified that it was only deploying "a small training unit" that would not engage in combat missions, and the Tunisian government said there were no plans for an American base in the country.

Esper also met his Tunisian counterpart Ibrahim Bartagi and gave him a replica of a pistol belonging to George Washington, a military leader who became the first president of the United States.

Presenting the gift, Esper said it was to remind Bartagi of the "importance of the civilian control of the military, the importance of an apolitical military."

The two men also spoke of Tunisia's role in Mali, a country hit by jihadist attacks, and where Tunis has sent troops to take part in a 13,000-strong UN peacekeeping force.

Esper was set to visit neighboring Algeria on Thursday, becoming the first US defence secretary to do so since Donald Rumsfeld in 2006.

Esper will then head to Morocco, the other US Major Non-NATO Ally in the Maghreb region.