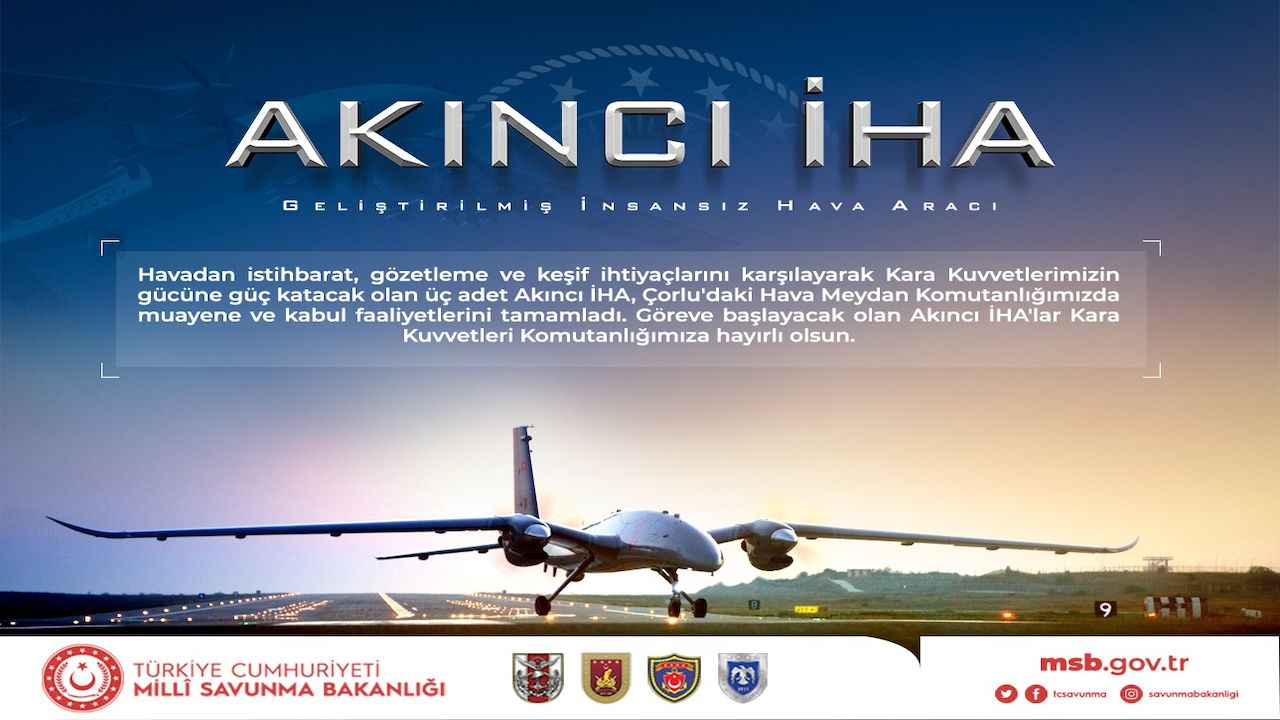 The Turkish Ministry of National Defense (MSB) announced that three Akıncı UAVs were delivered to the Land Forces Command.

"Three Akıncı UAVs have completed their inspection and acceptance activities at our Airfield Command in Çorlu. Congratulations to our Land Forces Command on the beginning of Akıncı UAVs duty."