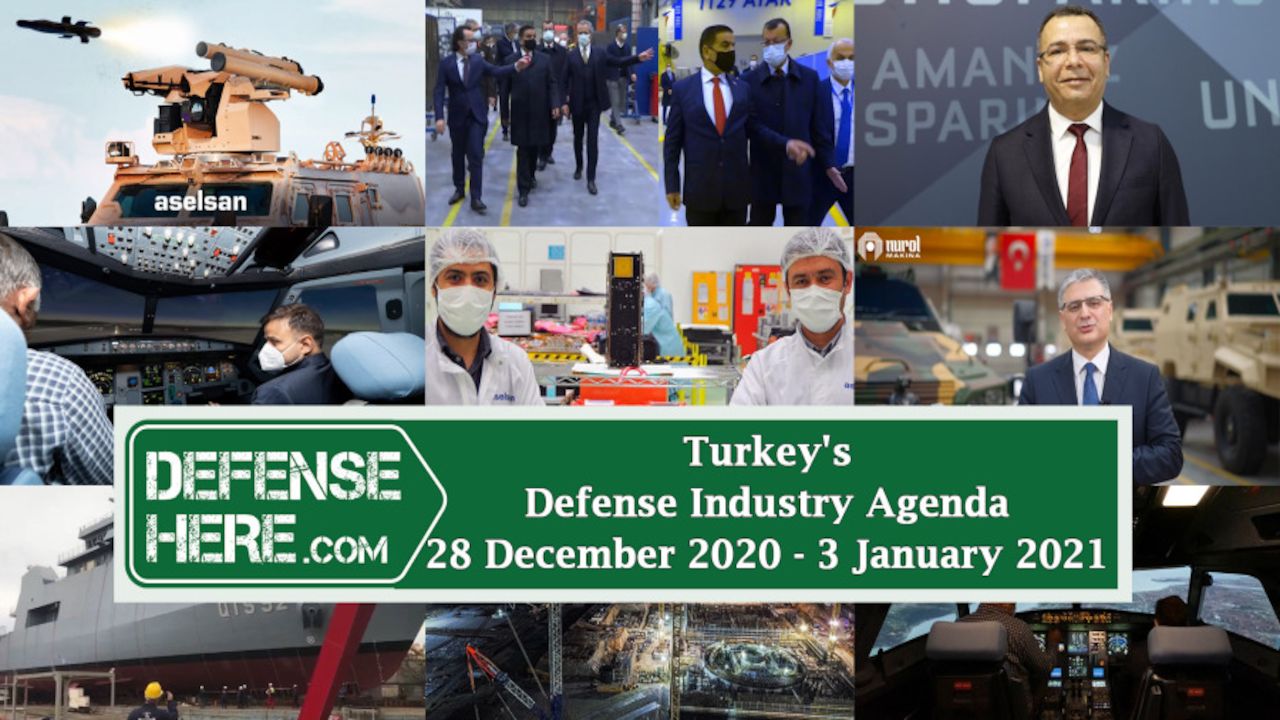 The second of the two military training ships built by the Turkish ship builder Anadolu Shipyard for the Qatari Emiri Navy, the QTS 92 was launched.

Ali Taha Koç, the President of the Digital Transformation Office of the Presidency of Turkey was informed on the HAVELSAN Dialogue application within the scope of his visit to HAVELSAN. He also examined the company’s civil aircraft simulator.

ASELSAN announced that it has signed a new contract worth 38 million dollars with an international customer.

The General Manager of STM, Özgür Güleryüz, stated that STM made an investment of 132 million Turkish liras in 2020 and that the company targets new exports in 2021.

The national Cyber Security Strategy and Action Plan Circular was published in the Official Gazette.

In the Akkuyu Nuclear Power Plant, which is under construction in the Gülnar district of Mersin, all processes foreseen for 2020 have been completely concluded.

Iraqi Defense Minister visited Turkish defense industry companies; FNSS and Turkish Aerospace within the scope of his visit to Ankara.

The ASELSAT CubeSat, produced by integrating ASELSAN designed critical components into the platform developed by Istanbul Technical University, was sent to the USA to be launched into space.

The production of the first of 122 boats to be produced locally and nationally by Ares Shipyard for Turkish Coast Guard and General Directorate of Security kicked off.

ASELSAN announced that it has signed a contract amendment worth 308 million TL with the Presidency of Turkish Defence Industries, in regard to the City Security Management System (KGYS) and the License Plate Recognition System.

The General Manager of Nurol Makina Engin Aykol said that they will introduce their new vehicles and realize their first export of the 4×4 Yörük vehicles in 2021.