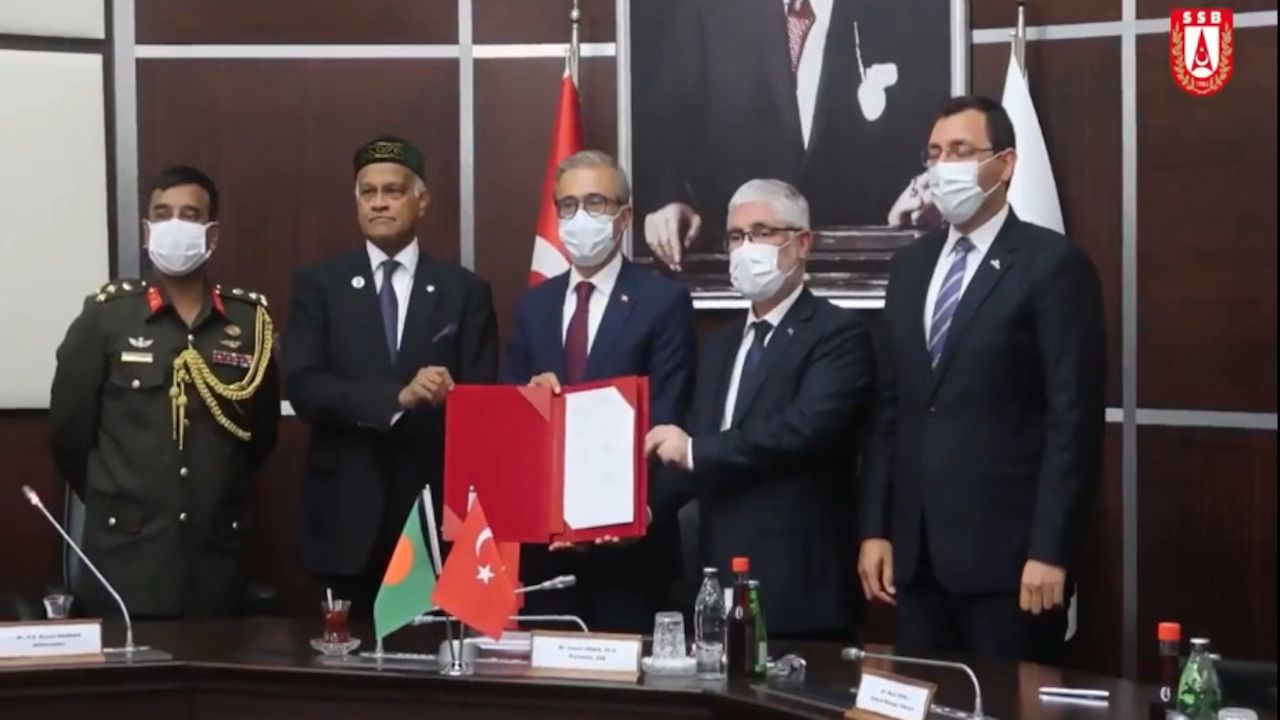 Turkish missiles manufacturer Roketsan has signed an exports contract that provides for the sale of several products with Bangladesh, the President of Turkey's Defence Industries Presidency Ismail Demir announced on twitter.

Ismail Demir stated that the contract was signed in line with the G2G Memorandum of Understanding and cooperation agreement signed with Bangladesh.

According to reports from Defense Technology of Bangladesh-DTB, Roketsan delivered the first batch of the TRG-300 Kaplan missile system with a range of 300 kilometers (186 miles) to Bangladesh in June.

Turkish state-run news agency, Anadolu, also reported that Bangladesh has become the fourth-largest arms buyer from Turkey, reportedly receiving up to $60 million worth of weapons out of Turkey’s roughly $1 billion in defense products exports in the first four months of 2021.