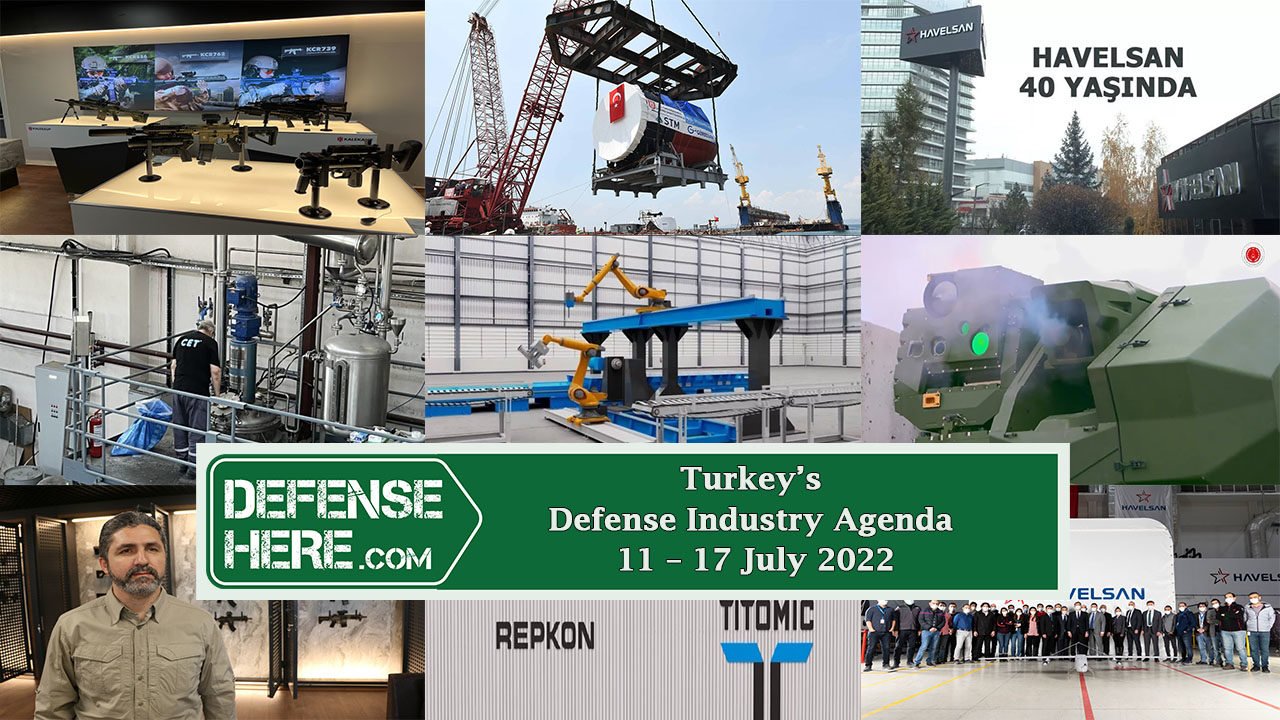 STM made new deliveries of Section 50, the head section of submarine torpedo tubes, to the Turkish Naval Forces Command.

Repkon announced that it will establish the world's first hybrid barrel production facility in Turkey in cooperation with the Australian company Titomic.

CET Composite announced that it will establish a new facility to meet Turkey's epoxy resin needs.

HAVELSAN, one of the largest defense companies in Turkey, turned 40 on July 13.